Apartments For Sale in Taksim 2022

Apartments for sale in Istanbul in cash or in installments, within residential complexes that provide all services, close to transportation, and next to the most important historical areas in Istanbul

Apartments for sale in Beyoglu, Istanbul on the European side in Istanbul Halic in installments with...

Apartments for sale in Taksim, Istanbul near the metro station and the Bosphorus, suitable for real...

Flats for sale in the European side of Istanbul, Beyoğlu, in Piyale project, with installments and s...

Luxury apartments for sale in Istanbul in Beyoglu area, in the modern and luxurious project of Beyog...

find the best offers on apartments for sale in taksim istanbul within taksim 360 project, suitable f...

Within apartments for sale in Istanbul Taksim suitable for families and businessmen, you can find the best specifications that give you a special touch of luxury, sophistication, and splendor.

If it is true that each city has a heart, then Taksim area must be the vibrant heart of Istanbul, due to its famous distinctive landmarks and markets that know no sleep. This explains why a large segment of investors is seeking to buy apartments in Istanbul Taksim or within the nearby neighborhoods, like the luxurious neighborhoods of Şişli or the high-end Nişantaşı.

Taksim is one of the most famous regions on the European side of Istanbul, where sights of the historical landmarks of the city take you to another whole world, combining rich history with glittering present. Here, the civilizations meet, races mix, and the area is always crowded with tourists and visitors.

It is not possible for tourists -whether of Arab or European nationality- to not visit Taksim area, which is charged with unique historical and urban icons, or not to think about owning one of the most beautiful apartments for sale in Istanbul Taksim.

Importance of Investing in Apartments for Sale in Taksim?

Taksim is one of the most famous areas of Istanbul city at all, not only that, it is the most important center in the city.

Most foreigners and a lot of tourists want to spend their vacation there and live in its apartments, which are close to most of the city's important landmarks, or to live in the nearby areas such as Şişli, Karaköy, and other surrounding areas.

The investment return of the apartments for sale in Istanbul Taksim and within the square of this area is relatively high when compared to other areas, also, the demand for real estate in Taksim area is like no other. which increases the possibility of profit if you wanted to sell the property later.

Information and Details on Istiklal Street in Taksim

As for Istiklal Street which connects Taksim Square with Galata Tower, it used to be called “The Great Street” during the Ottoman era, then its name changed to Istiklal Street to commemorate Turkey's victory in its independence war.

The old tramway line runs all along Istiklal Street, which is a train used as a means of transportation from Taksim Square to Galata Tower, it is one of the most famous historical monuments in Istanbul.

Istiklal Street in Istanbul has many important cultural centers, like art centers, Ataturk Cultural Center, the Opera House, libraries, and entertainment places such as galleries, theaters, and commercial complexes specialized in clothing and beauty product shops, sweets, cafes, and restaurants, and in tur, this provides great accommodation options within the apartments for sale in Taksim.

Advantages of Ownership in Taksim Istanbul

Taksim area abounds with many historical and tourist attractions, making it a tourism magnet and historical center of the city, this was an additional incentive for everyone looking for apartments for sale in Istanbul Taksim, or the vicinity of this ancient area:

And many other great landmarks that surround the area, which you will find when you search for apartments for sale in Taksim Istanbul. 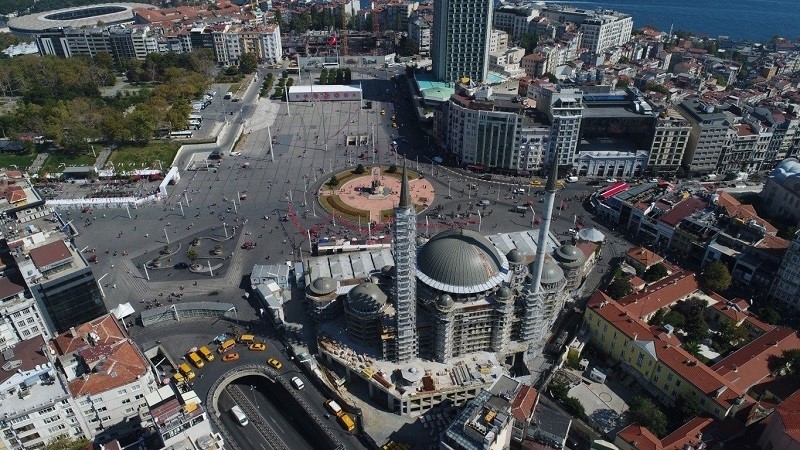 Information on the Transportations in Taksim

Imtilak Real Estate provides all services regarding owning real estate in Turkey, through real estate suitable for obtaining Turkish citizenship in Taksim area and other vital areas, with real estate tours on apartments for sale in Istanbul Taksim, in addition to the free consulting service and its services that do not end even after completing the sale process, to be your loyal friend, from the moment you arrive at the airport until you own the property.