What are the advantages of a Turkish passport?

What are the advantages of a Turkish passport?

Imtilak Real Estate allows investors wishing to obtain Turkish citizenship to learn how to obtain a Turkish passport, the methods of obtaining it, the most important features it contains, and the most notable advantages granted to holders of this passport.

An overview of the Turkish passport

The Turkish passport is the document used by Turkish citizens while traveling outside the country. The use of the passport was regulated for the first time by Law No. 5682 of July 15, 1950.

Passports are issued by the Directorates of Souls located in various Turkish states, which are administratively affiliated to the Ministry of Interior in Turkey. Passports issued since June 1, 2010, have the advantage of biometric passports, and have varying validity in their dates, with a maximum of ten years.

Passports granted by the Turkish State are multiple according to persons, their official prescriptions, and the position they hold in the Turkish Government and have multiple colors of each type. The most notable types of passports in Turkey include:

The public passport is used by all Turkish citizens, and it is granted to investors wishing to obtain Turkish citizenship as well when they apply the naturalization conditions listed in the Turkish Ministry of Interior.

The red public passport contains 60 pages, is valid for a maximum of 10 years, from the date of its issuance, and qualifies its owner to travel to various parts of the world. 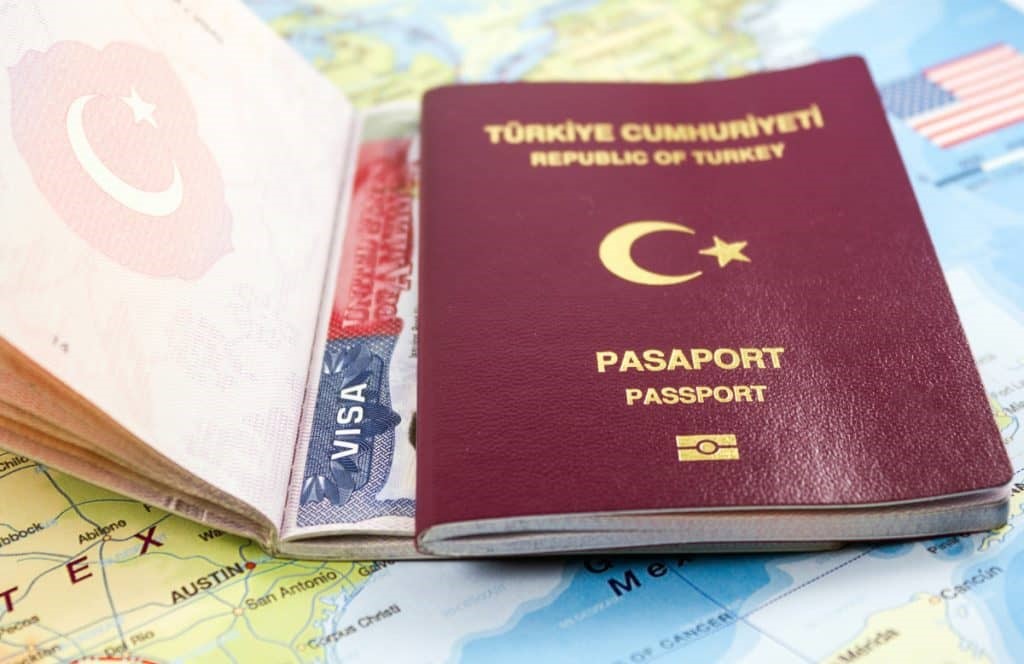 This type of passport is issued by employees working in official departments outside the country, such as embassies and consulates. It consists of 28 pages and is in gray.

The special green passport is obtained by former members of the Turkish Parliament, former ministers, and staff members of the Pension Fund, and consists of 52 pages.

The diplomatic passport is intended for dignitaries and officials in the country. It is obtained by ambassadors, heads of consulates, members of parliament, deputies of the President of the Republic, ministers, the chief of the court, prosecutors, army generals, parliament heads, the Secretary-General of the President of the Republic, the head of endowments, and others who occupy high positions in the state.

It should be noted that the diplomatic passport in black is among the highest in the Turkish State.

Advantages of Turkish passport in 2022

The ease of global mobility across the Turkish passport is demonstrated by the fact that it was ranked world number 36 in the year 2022, according to the World Passport Power Index, and the rankings globally adopted by the website Bisport Index. 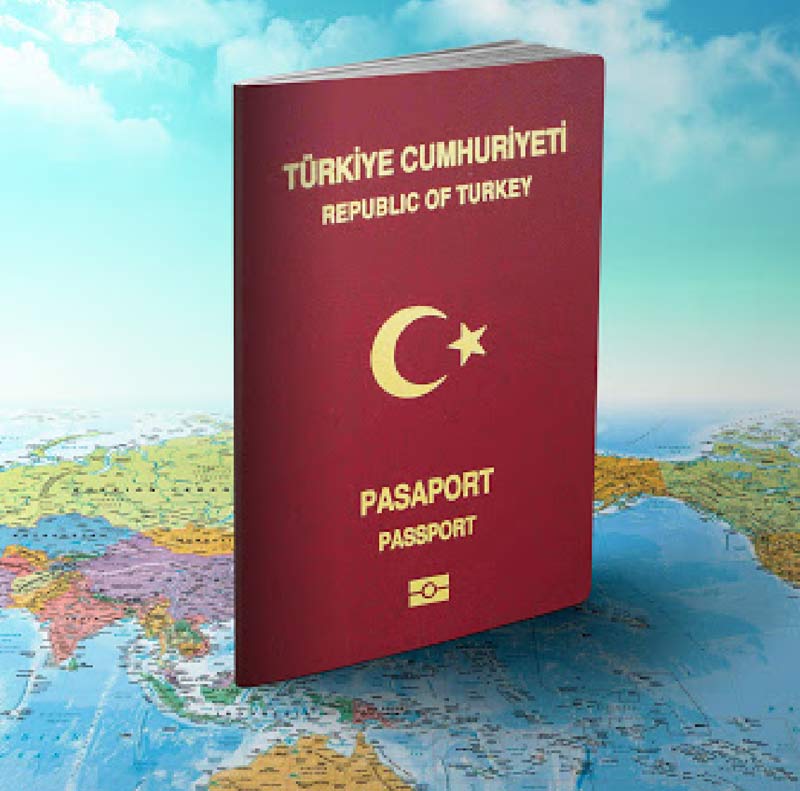 Turkey, which has witnessed a quantum leap in terms of real estate investments, is witnessing an unprecedented renaissance in infrastructure projects, turning it into a magnet for foreign capital, businessmen, and investors from all over the world.

Thus, the investor has the right to apply to the Turkish government in order to obtain Turkish citizenship, and once the Turkish identity card is obtained, another application can be submitted for the Turkish passport.

There are other ways in which foreign investors can obtain the Turkish passport by making an investment of at least $ 500,000, or by depositing shares in an official bank in Turkey at least $500,000, provided that the amount is not withdrawn 3 years before the deposit.

4.Taking advantage of the diversity of services provided in the field of health and education

Benefiting from the diversity of services provided in the field of health and education is one of the most prominent benefits of the Turkish passport, as the foreign investor who holds the Turkish passport enjoys all the rights stipulated by the Turkish constitution for Turkish citizens. Starting from benefiting from health insurance, which guarantees the provision of services provided in hospitals and clinics, and obtaining treatment at a reduced value, up to the possibility of education in the most prestigious public and private Turkish universities, which provide educational services in both Arabic and English.

Advantages of the Turkish passport holder

Experts and specialists in real estate affairs in Turkey say that the reason why investors choose to obtain a Turkish passport, and their preference for establishing investment projects in it, is due to the presence of a set of advantages for the holder of a Turkish passport, the most prominent of which are:

At Imtilak Real Estate, we offer a variety of real estate projects in the largest Turkish states, such as Istanbul, Ankara, Antalya, and Trabzon, which guarantee a comfortable residence in Turkey on the one hand, and obtain a Turkish passport and enjoy its various advantages on the other hand.

Not to mention, we provide free services through the presence of a cadre of professional personnel, in the running of naturalization files in Turkish State services from A to Z, from reception at the airport to the receipt of Turkish passports.

Your detailed guide to naturalisation in Turkey during 2022, including the definition of the methods, conditions, natura...

Find out the ways to obtain a Turkish passport by investing in its various types, such as real estate investment, purcha...