First Azan of the Çamlica Mosque Istanbul: The Largest Mosque in Turkey

Çamlıca Mosque in Istanbul, at dawn on Thursday, witnessed the first azan after it was completed and ready for the opening...

First Azan of the Çamlica Mosque Istanbul: The Largest Mosque in Turkey

Çamlıca Mosque in Istanbul, at dawn on Thursday, witnessed the first azan after it was completed and ready for the opening.

After the Azan, Turks attended the morning prayers at the Great Mosque through the history of Turkey.

The construction of the mosque began six years ago at the summit of Çamlica, the highest peak in Istanbul known as the “Çamlıca Hill “in the Asian part of Istanbul. 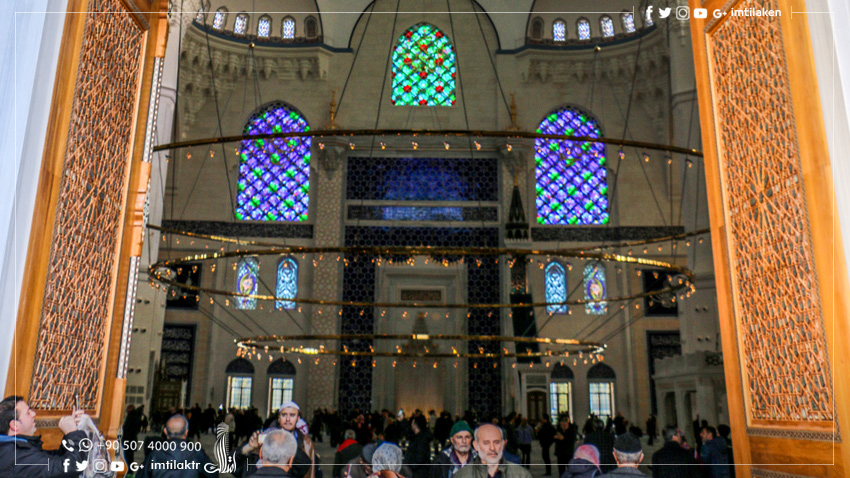 The mosque also includes a lecture hall that can accommodate up to 1,000 people, and parking for three thousand and five hundred cars.

It also features six minarets, in a precedent in Turkey, to match the Sultanahmet historic mosque with six minarets in Istanbul.

Four of them are up to one hundred and seven meters, two are 90 meters long, and the dome is 72 meters tall and 34 meters high.

The mosque will include two floors for women, where the capacity of the women section will be 5 thousand people, and the estimated cost of the mosque about 350 million T.L. 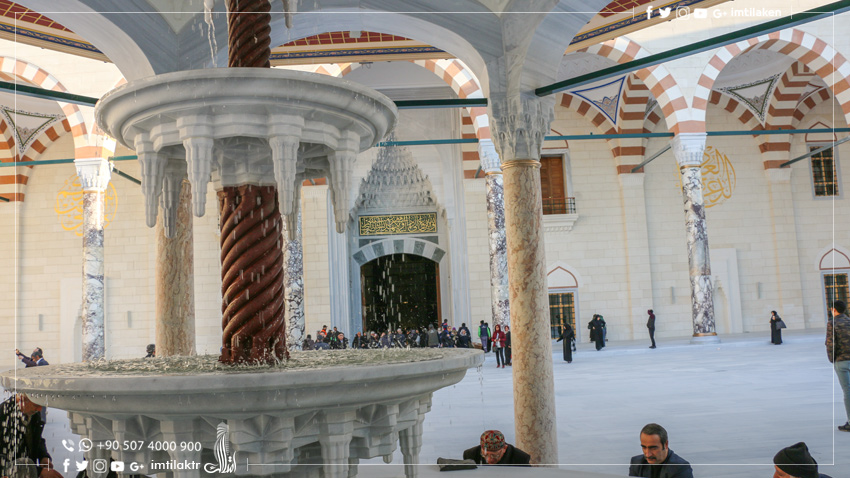 Experts have designed a special high-quality sound system for the mosque, where the voice of the Azan can be heard from the Topkapi area and the mosque will be carpeted with an area of fourteen thousand m2. 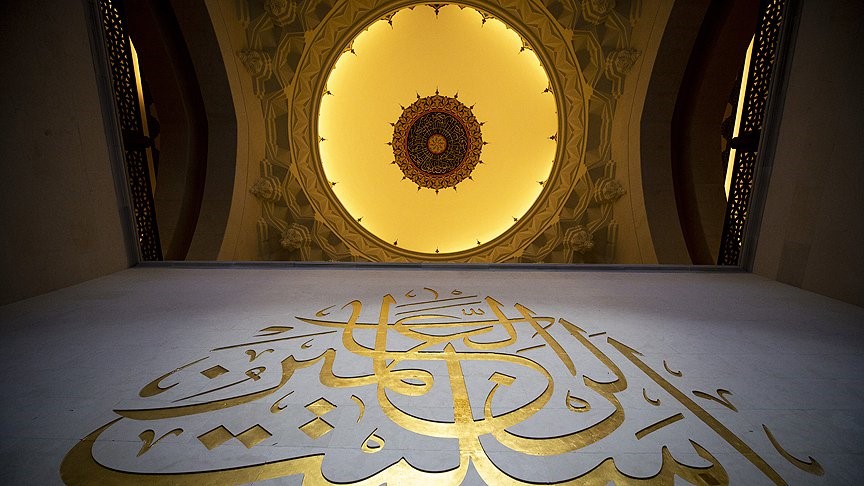 The mosque includes a tunnel length of 3 km to transport worshipers to the mosque, in addition to the seating areas and games dozens of escalators and elevators.

Gardens of 30 acres around the mosque have also been allocated, so visitors can take a stroll and enjoy its view, which is one of the most beautiful views of Istanbul. The gardens overlook the Asian side and the European side of the city, as well as part of the Marmara. 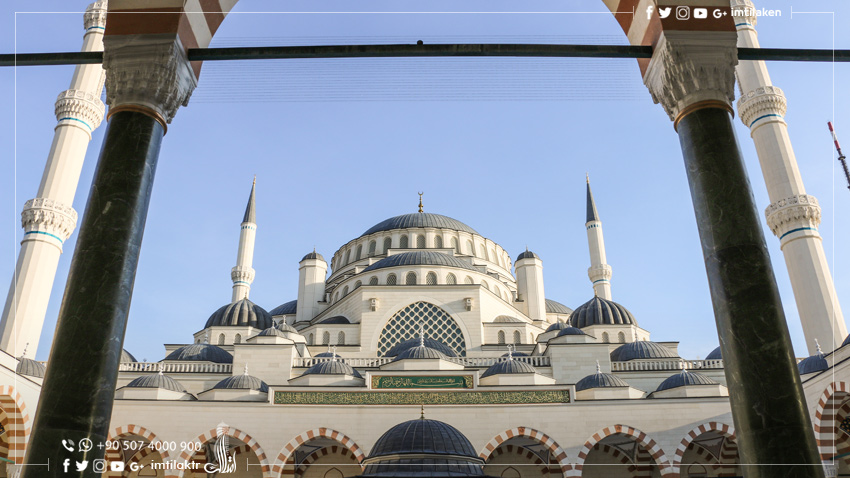 Facts and figures about the Çamlica Mosque in Istanbul, Asia