Do You Know Why Foreigners Are Turning to Buy Real Estate in Turkey?

Foreign investors' purchases of Turkish real estate jumped 65 % in July 2018, the highest growth since the beginning of 2018...

Do You Know Why Foreigners Are Turning to Buy Real Estate in Turkey?

Turkish currency price has dropped significantly during the last period, after the proclamation by US President Donald Trump to double the tariffs on US imports of steel and aluminum from Turkey, bringing the losses of the Turkish lira, about 40 % since the beginning of 2018.

Pakan advised Turkish real estate investors not to sell their property and be affected by economic fluctuations, adding that the Turkish economy is strong, diverse and capable of facing US sanctions.

He believes that Turkey's trade and economic problems are temporary and can be overcome.

Istanbul is the first destination for foreign buyers by 956 units, followed by Antalya with 641 units, and Bursa with 176 units. 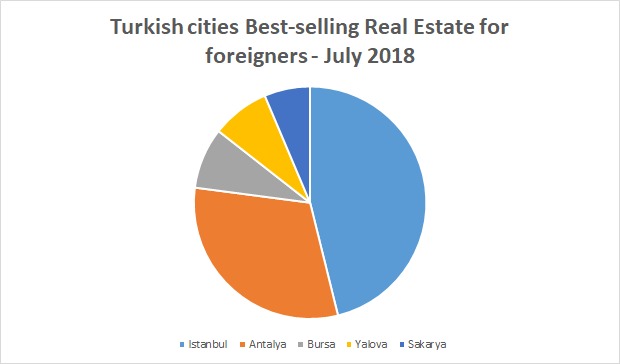 Turkey faces economic sanctions on Turkey's steel and aluminum exports due to political disputes between the two countries.

The Turkish economy ranks fifth in Europe and 13th in the world, with a population of 81 million.