The Turkish President inaugurated the Taksim Mosque in the center of Istanbul, after construction work that lasted for nearly 5 years

After placing its foundation stone on February 17, 2017, and under the supervision of the most skilled architects in Turkey, the new Taksim Mosque was opened in Istanbul today, in the presence of Turkish President Recep Tayyip Erdogan.

Opening of the new Taksim Mosque in Istanbul

After the completion of construction work, which lasted for nearly 5 years, the Taksim Mosque in Istanbul was opened in the presence of the country's dignitaries, led by the President of the Republic, Recep Tayyip Erdogan.

It is noteworthy that the construction work of the Taksim Mosque was signed by one of the largest Turkish construction companies, known as Fen Yapi Zsur Yapi Company, and under the supervision of senior architects, working in the Presidential Complex in Turkey, Safik Bayrakiya and Selim Dalaman. 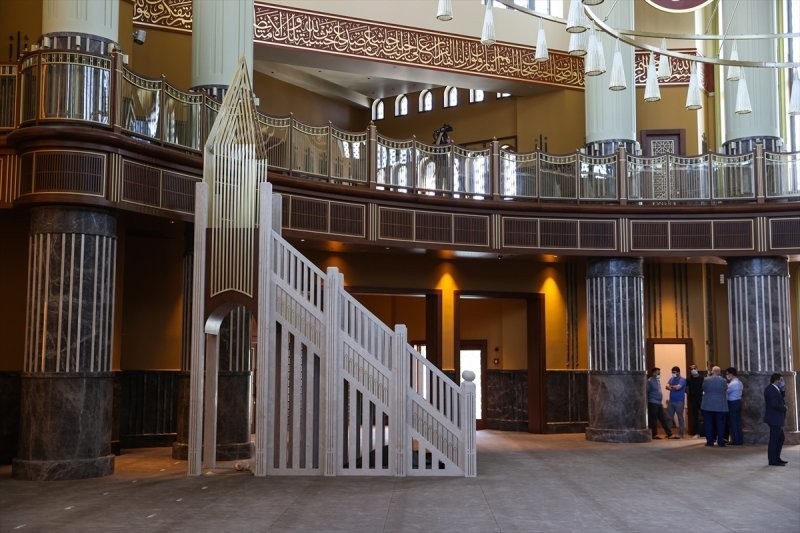 We should mention, this mosque is the promise made by Turkish President Recep Tayyip Erdogan in the nineties of the last century, as Erdogan stood on the roof of a building in Taksim Square in central Istanbul, and pointed with his hand to a certain corner, saying: “I hope to build a mosque here”. The mosque actually happened after about 27 years.