Erdogan Announces the Opening of the Democracy and Freedom Island

On Sunday, May 26, 2019, Turkish President Recep Tayyip Erdogan announced the opening of the island of Yassi Ada in the Sea of Marmara at the end of this year in its new name: "Island of Democracy and Freedom".

Erdogan Announces the Opening of the Democracy and Freedom Island

On Sunday, May 26, 2019, Turkish President Recep Tayyip Erdogan announced the opening of the island of Yassi Ada in the Sea of Marmara at the end of this year in its new name: "Island of Democracy and Freedom". 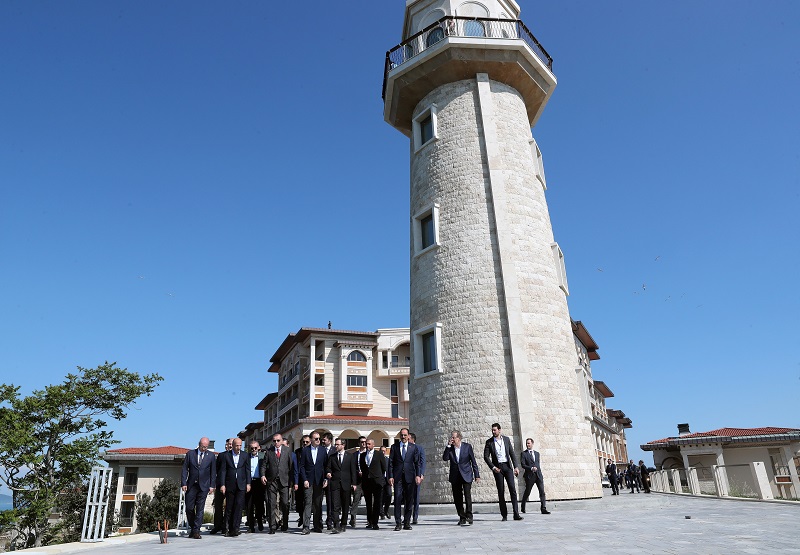 President Erdogan made this statement in the framework of an inspection visit to the construction of some buildings and facilities on the island. Minister of Interior Suleiman Suwailo, Treasury and Finance Berat Albirq, Environment and Urban Development Mourad Koroum, Culture and Tourism Mohammad Nuri Arsawi, Head of the Turkish Presidential Communications Department Fakhruddin Alton, Presidential Spokesman Ibrahim Kalin, Waly Istanbul Ali Yareli Qaya, Justice and Development Omar Glick, President of the Federation of Chambers and the Turkish stock exchanges Gekelyoglu, and a number of Turkish media and deputies have accompanied him.

President Erdogan has toured some sites that are still under construction.

The Turkish authorities approved at the end of 2013 a decision to change the name of the island "Yassi Ada" near "Istanbul" to its new name: "Island of Freedom and Democracy."

The rehabilitation and organization of the island began on May 14, 2015.

The island, which has an area of 103,000 square meters, has been reorganized by decorating 60% of its area with flowers and trees while preserving 20% of them as they were.

It also has independent houses, hotels, 123 rooms and 320 beds, a 500-square-meter hall, a 752 square meter mosque with a capacity of 600 worshipers, a courtyard, a 616 square meter democracy monument, an open museum, a garden, exhibition spaces, restaurants, and cafes. The island will be a new tourist destination in Istanbul. 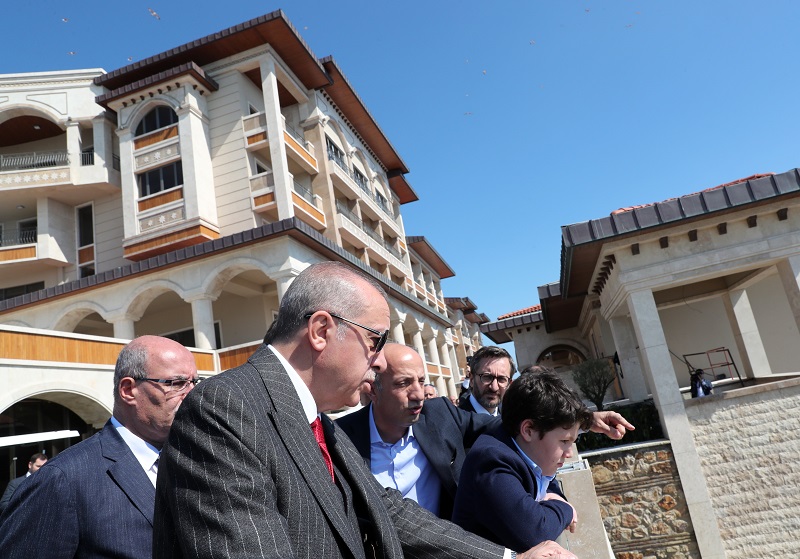 Yassıada Island in the memory of the Turks

The Byzantines used the island of Yassi Ada as an exile since the fourth century AD and built a church and monastery dating back to an ancient historical period.

A number of individuals owned the island until it was purchased by the Turkish navy in 1947.

However, the black part of the history of this island is linked to the memory of the Turks with the history of coups on the freedom of the Turkish people, to 1960, after the military coup that led to the execution of former Prime Minister Adnan Menderes.

On this date, the small island of Yassi Ada, located in the Sea of Marmara, near Istanbul, witnessed the trial of former Turkish Prime Minister Adnan Menderes and 15 members of the Turkish Democratic Party government after the military coup on May 27, 1960, And then execution of Menderes and his comrades in September 1961.

In 1993, the Faculty of Aquatic Products of the University of Istanbul moved its institute to the island. The College left the island in 1995, and then it remained deserted.

With the efforts of the Turkish Ministry of the Interior, the name of the island was changed from "Yassi Ada" to "Freedom and Democracy Island", with the aim of removing the memories of those unfair sentences issued against Menderes and members of his government in 1960.