The European Development Bank (EIB) official in Turkey, Ervid Tuerkin, announced Turkey's investment priorities program, noting that the value of investments expected to be implemented by the European Bank in Turkey will reach 1 billion euros in 2019...

The European Development Bank (EIB) official in Turkey, Ervid Tuerkin, announced Turkey's investment priorities program, noting that the value of investments expected to be implemented by the European Bank in Turkey will reach 1 billion euros in 2019.

In an interview with the Anadolu agency, Twerken said that 2018 was a difficult year for Turkey for several reasons, such as economic recession and depreciation of the local currency, adding that the European Bank for Reconstruction and Development maintained its strong association with the Turkish economy. During the year 2018, the bank completed 34 investment projects worth one billion euros.
"This year, we look forward to achieving a proportion of investments in Turkey, similar to last year's investments, amounting to one billion euros,” Tuerkin said
We are a demand-driven bank, and our investments will depend on several factors, most notably the current demand for finance, the state of capital markets and the demand of both foreign and local investors.
He also said that the European Bank for Reconstruction and Development had increased its support in the Turkish national currency, pointing out that the share of the Turkish national currency increased by one-third in 2018. 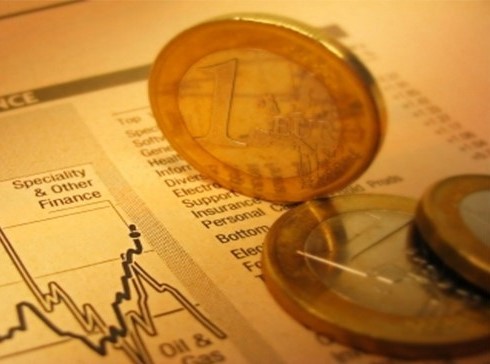 As for the priorities of the European Bank's investment in Turkey, Tuerkin added: "We will pay close attention to the export-oriented industries and will continue to focus on investments in Turkey related to renewable energy industries.
We expect a new mechanism to support renewable energy. The current mechanism will be completed by 2020. This mechanism will take into consideration market principles and achieve the objectives of Turkey's National Renewable Energy Action Plan.

On the other hand, the European Bank official explained that the investment support program in Turkey will also include support for businesswomen, and will pay great attention to increasing the portfolio of financing shares in Turkey.
"Turkey's strategic position is not only economic, but it is also a positive point on the climate and cultural side, especially as Turkey is one of the leading tourist destinations. There are expectations of revitalizing tourism in Turkey this year" he added.
Tuerkin praised Turkish demographics, adding that half of the Turkish population is under the age of 30.
With regard to the Turkish economy, the European Bank official said that the Turkish economy will not decline during the year 2019 and that the banking system is often suffering from pressure and may affect the delay in improving the economic situation.
He concluded by saying: The increase in the growth of the Turkish economy will be evident in the second half of 2019.