Istanbul parks and the beautiful streets of the city begin with the fourth month of each year to be adorned by the magnificent Tulip, reminding us of the ancient history of Turkey and the Ottoman Empire

Istanbul parks and the beautiful streets of the city begin with the fourth month of each year to be adorned by the magnificent Tulip, reminding us of the ancient history of Turkey and the Ottoman Empire. 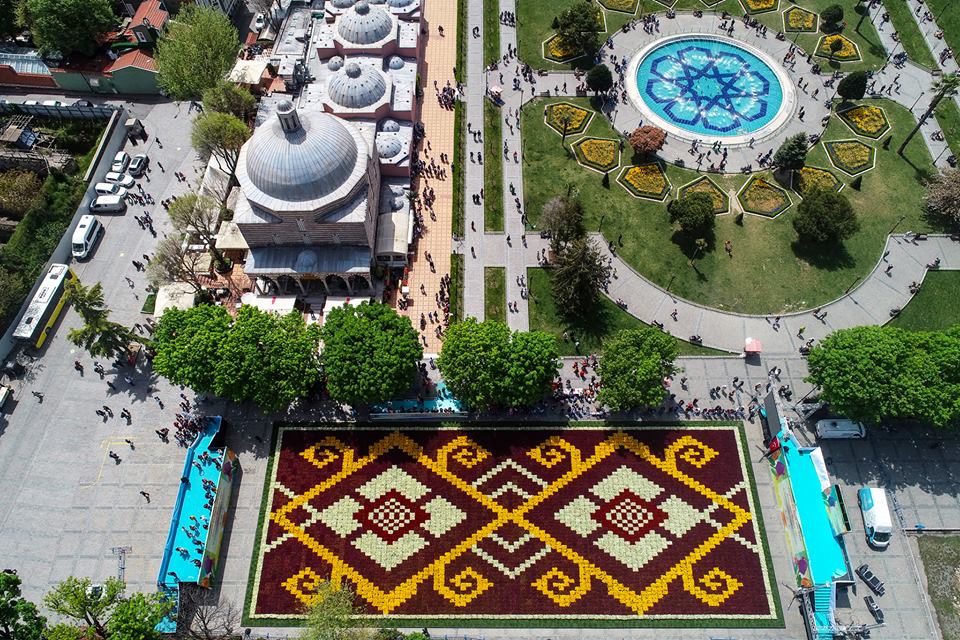 The Tulip of the Turks symbolizes many values, beliefs, historical legacies, and high feelings. With the arrival of the ruling Justice and Development Party (AKP) in Turkey, an urgent plan was put in place to restore interest in the tulip again and to preserve the symbolism. Thus, the municipality of Istanbul undertook this task by planting it in large quantities, and this magnificent flower returned to adorn the streets and squares of the city.

Turks used some flowers to symbolize some of the great things in their history. They symbolize mysticism and Sufis with cloves while symbolizing Allah with the Tulip, "lâle" because the letters are close to the letters of the word "Allah" Blessed and Exalted. 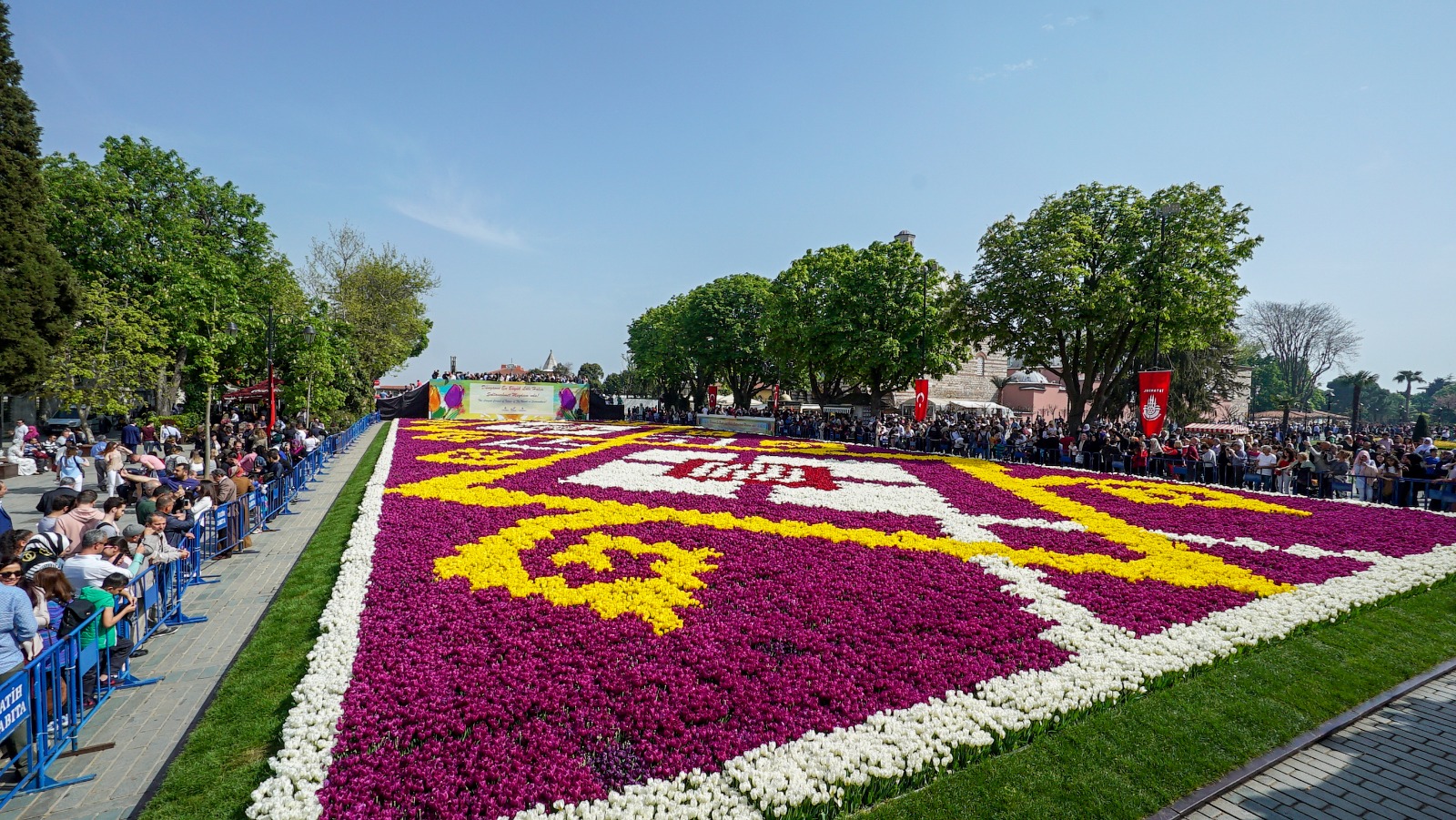 Istanbul important gardens are packed with millions of Tulip flowers, such as Gulhane Park, Emirgan Garden, Yildiz Park, and other public parks.

Istanbul's famous Sultanahmet Square, close to the Sultanahmet Mosque and the Hagia Sophia, is decorated with a magnificent Tulip carpet, and with exquisite artisanship. A memorandum of the Turks history with the carpet industry also.

In Sultanahmet Square, under the supervision of the Municipality of Istanbul, the Tulip carpet has been prepared as usual in the last five years. It has an area of 1640 m2 this year, with around 570,000 tulip flowers in the world, making it the largest carpet of its kind in the world.

In a speech given by the mayor of Istanbul, Ekram Emamoglu, he said: "The making of a Tulip carpet has become a tradition." Pointing out that this tradition suits the wonderful city of Istanbul. 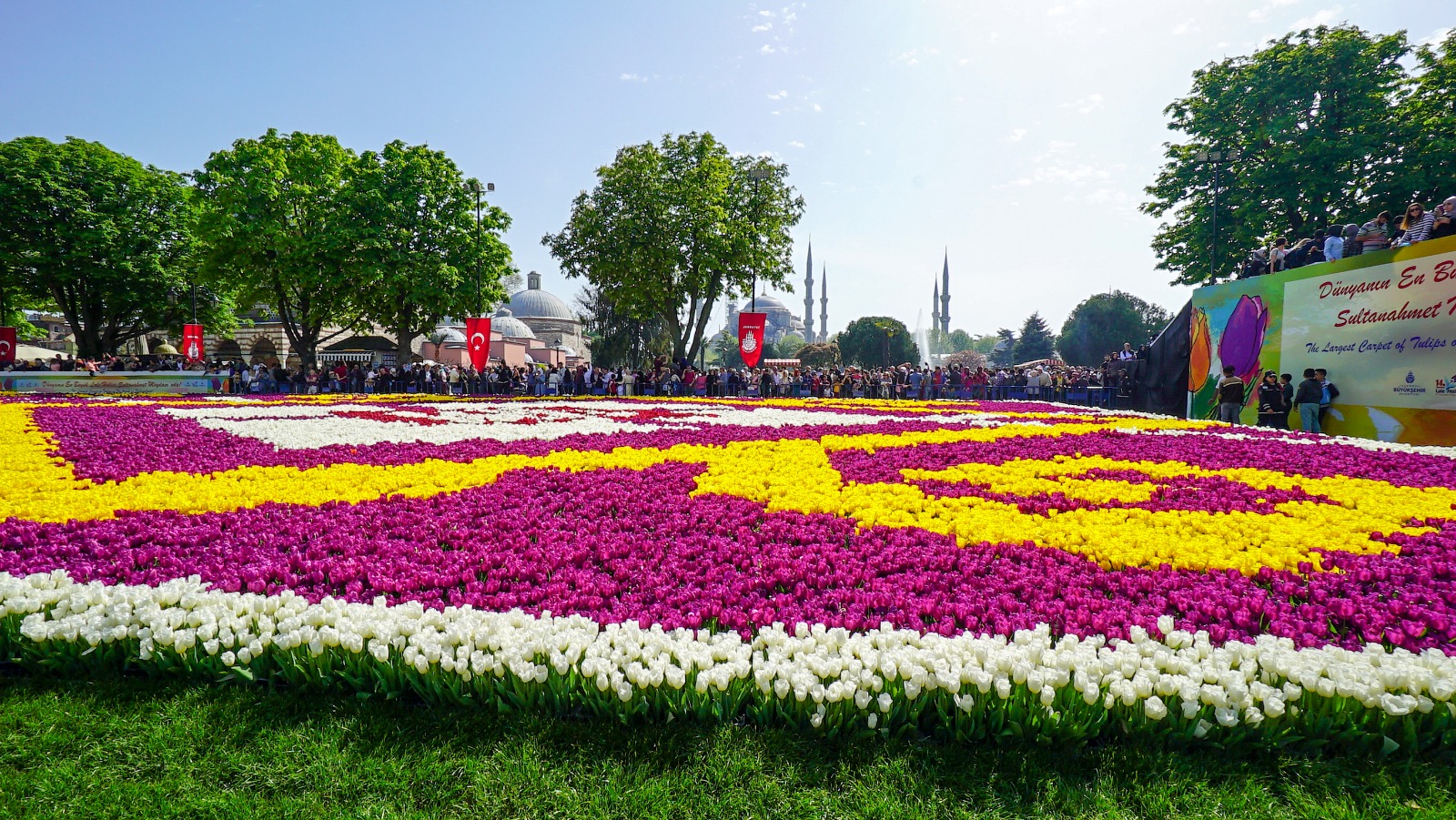 Emamoglu also pointed out that Turkey is the motherland of the Tulip, in a reminder that the tulip original home is eastern Turkey and Central Asia, where the Ottomans brought them to the city of Istanbul and then cultivated it, and from Turkey, it was spread in Europe after that.

He also stressed the need to inherit this tradition and to meet the citizens with Tulip flowers in the historic Sultanahmet Square, to future generations. In addition, wished its visitors to enjoy the view between the Museum of Hagia Sofia and the Mosque of Sultanahmet.

The Tulip rug will continue to be exhibited in Sultanahmet Square until 30 April.

A high number of tourists came to the cities of Turkey in general at the beginning of the spring season. Tourism in Turkey flourishes for its many aesthetic and varied elements, including its rich history, its spas, and its beautiful cities, its modern sophisticated civilization, forming a mosaic painting that charms tourists and takes the heart of the beholder. 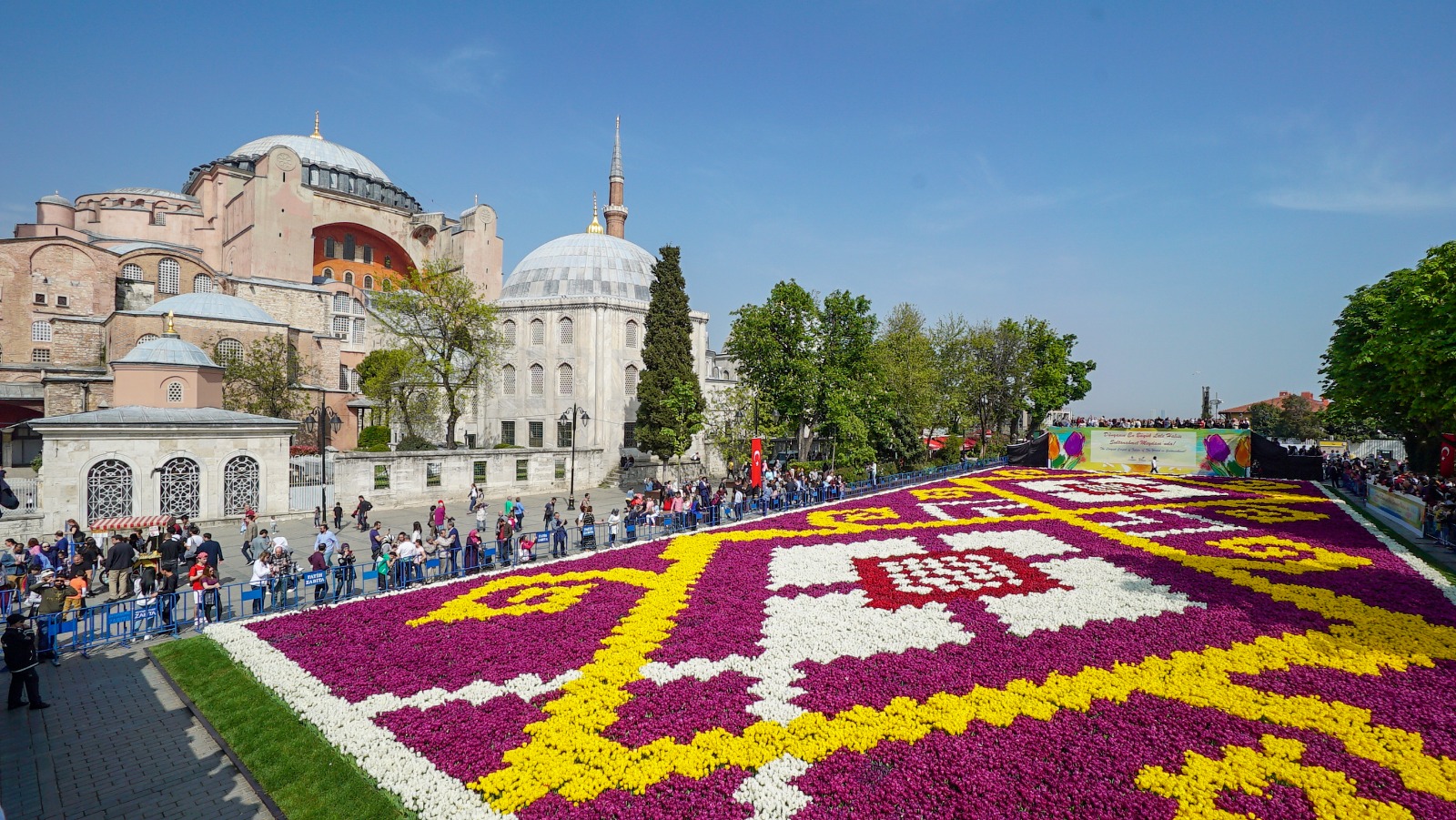 The number of tourists in Turkey in 2018 reached about 43 million tourists and is expected to increase more this year with the coming of the current tourist season.