The Countdown to the Istanbul Canal Project Tender Begins

Istanbul Canal project is a vital project for all those interested in Istanbul and Turkey, whether citizens, residents or investors.

The Countdown to the Istanbul Canal Project Tender Begins

Istanbul Canal project is a vital project for all those interested in Istanbul and Turkey, whether citizens, residents or investors.

A new phase is just about to begin to accelerate steps towards this ambitious investment dream.

Today, the Istanbul Canal project is witnessing a series of positive developments that carry great signs for the investment sector in Turkey, especially for those who own a property in the nearby areas.

The Human Audit and Evaluation Committee set the deadline for the release of the EIA report for the project, the thing that will lead to the commencement of its construction tenders, and then determines the completion schedules.

The Committee clarified that it will present this report at a meeting to be held at the Directorate of Permits and Control of the Turkish Ministry of Environment and Cities on November 28. After the discussions and evaluations that will take place at this meeting, the decision on the report will be issued within 10 working days of the end of the meeting. In the absence of problems or pivotal errors in this report, which is of great importance in such large projects, the work of the report will be completed in December. Consequently, the tender procedures for the project will be in the early next year 2020. 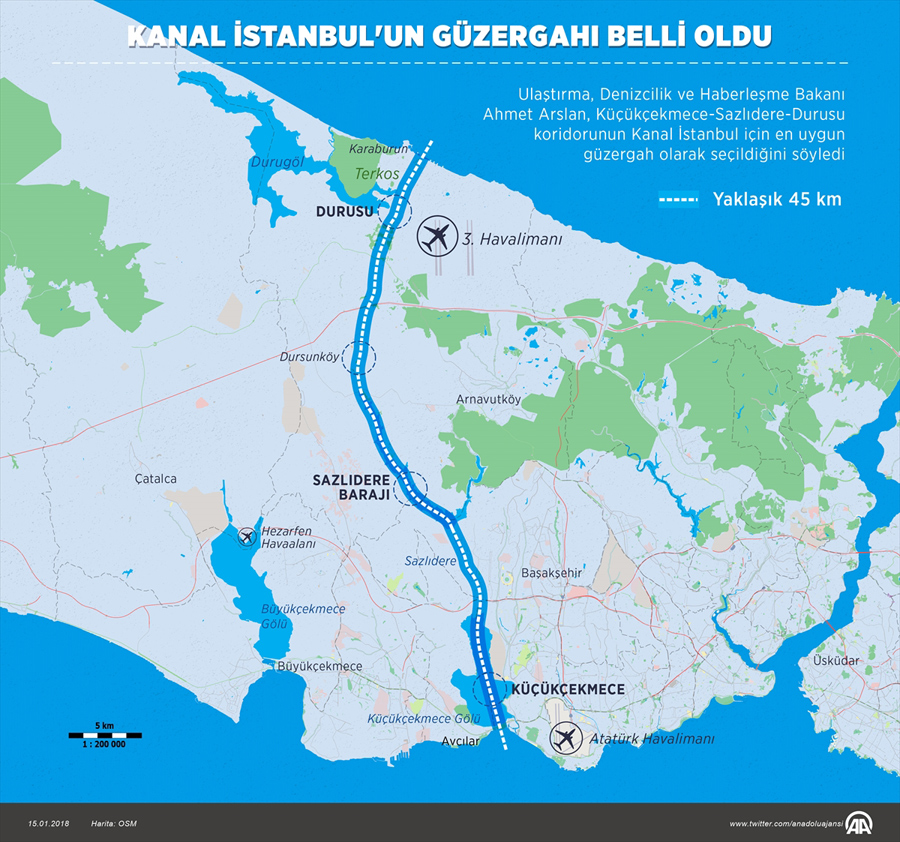 How much is the financial cost of the Istanbul Canal project?

In a press statement, Turkish Minister of Environment and Cities Murat Korum answered questions about the financing of the Istanbul Canal project and other information about it, which is described as the most important project in the history of the Turkish Republic since its inception as there have been many rumors about its cancellation.

Korum said in his statement that the construction of the canal will be fully managed by the Turkish Ministry of Environment and Cities in cooperation with the Ministry of Transport and Infrastructure. The Ministry has drawn the full outline of the Canal at the scale of 1/100 thousand, indicating that the cost of the huge project will amount to approximately 75 billion TL.

Meanwhile, urban planning was studied on the Istanbul Canal project to allow the construction of buildings not exceeding 3-4 floors above the ground floor so that the population on both sides of the canal does not exceed 500 thousand people.