In Figures... President Erdogan Reviews the Excellence of the Turkish Aviation Industry Globally

In Figures... President Erdogan Reviews the Excellence of the Turkish Aviation Industry Globally

Turkish President Recep Tayyip Erdogan reviewed the excellence of the Turkish aviation and air transport sector worldwide, stressing that his country is considered the first in the world in the number of external destinations for the flights from which it’s take off.

This was stated in a speech to the Turkish President, Monday 29/10/2018, during the opening ceremony of the new airport in the city, where he announced the name of "Istanbul airport" on this edifice, which will be the biggest airport in the world when the completion of all phases.

He pointed out that the level reached by Turkey in aviation is in itself a story of success. 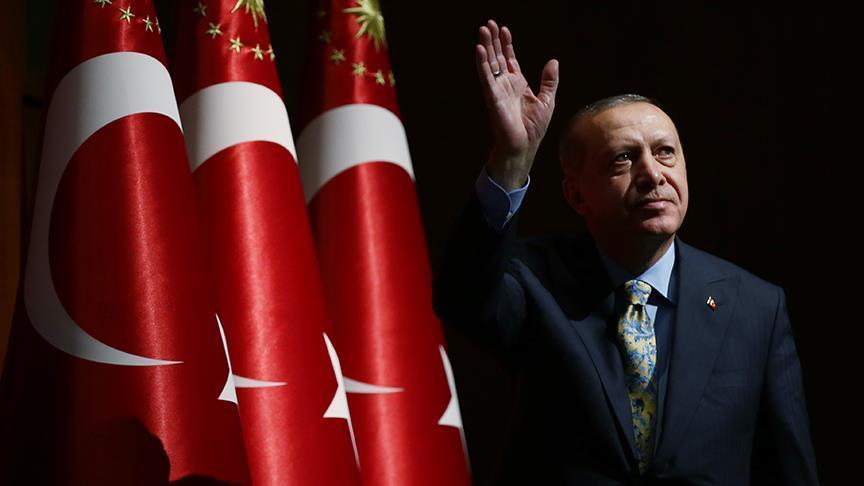 He pointed out that the number of foreign destinations for flights taking off from Turkey rose from 60 to 316 destinations during the same period, thus Turkey is the first in the world in this regard.

He said that flights from Turkey to other countries have risen from 50 to 122 countries.

He also pointed out that the number of Turkish giant aircraft rose from 162 to 506 aircraft.

“Thanks to the above steps, total sales in the air transport sector increased from $ 22 billion to $ 25 billion, “Erdogan said.

“And that they have achieved all these successes despite all the difficulties faced by Turkey during the past five years, “He said.

He stressed that Turkey has made significant investments in all sectors during the last 16 years from the education sector, to the sectors of health, transport, and energy, in which Turkey is preparing itself for the future.