It is common knowledge that in recent years Turkey's real estate sector has become the most supportive sector of the Turkish economy, as well as being Turkey's investment gateway that has made it open to investments from around the world

It is common knowledge that in recent years Turkey's real estate sector has become the most supportive sector of the Turkish economy, as well as being Turkey's investment gateway that has made it open to investments from around the world.

Perhaps this is due to the many advantages that Turkey's real estate offers making investors prefer real estate in Turkey to its counterparts in the global real estate markets.

Turkey has retained its position as a destination for real estate investors coming from all over the world with the many incentives it offers to them such as the right to obtain Turkish citizenship under certain conditions.

On the other hand, foreign real estate investments in Turkey have not been affected by some of the recent recession in the domestic real estate sector. 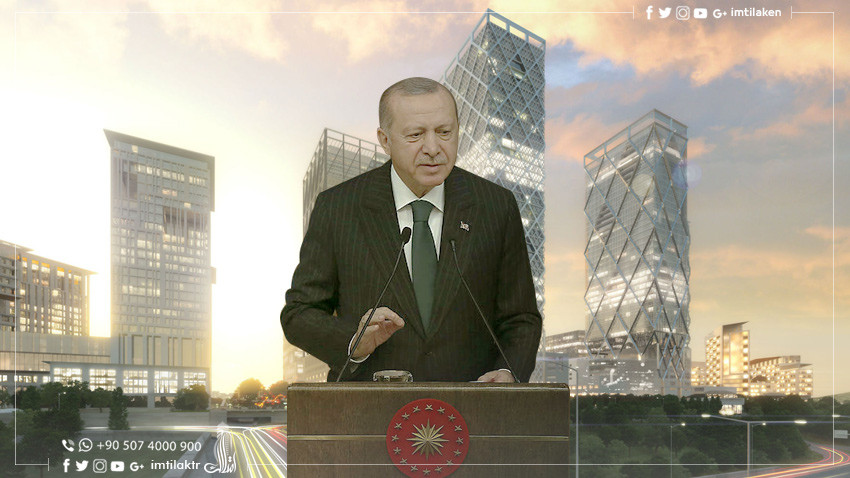 The momentum of real estate sales to foreigners in Turkey did not stop even when interest rates reached their highest levels.

Real estate sales to foreigners are delightfully breaking figures and giving the sector vitality despite some recession from time to time.

We must give this the utmost importance and strive to develop the sector to the best of our abilities and offer the foreign investor the best possible, especially the citizens of the countries near us.

Thanks to the economic reforms, we did in the past, and President Recep Tayyip Erdogan's reputation that has played a significant role.

I would like to comment of the Central Bank director’s statement that the recent rate cut has stabilized prices, while people have also turned to low loan offerings, which has generated significant movement in the domestic market.

There is no doubt that this movement has a great impact on the international market as well. However, Weeks before the decision, we saw some foreign customers coming to Turkey who was at a loss and did not make a decision.

Nevertheless, today we are witnessing the return of many of them after this stability, and this should prompt us to do more to increase market stability and sustain the steady increase in real estate investments for foreigners.

We should also focus on our neighboring markets and the Middle East market in general, particularly Iran, Jordan, Kuwait, Qatar, Iraq, and Palestine, from which many investors come from.

We have recently started to receive investors from other countries such as Pakistan, China, and Ethiopia.