Head of Musiad: Turkey's Exports to the Arab World Exceeded $ 1 Billion in 2018

"The value of Turkey's exports to the Arab countries during the last year 2018 amounted to about 30.8 billion dollars," Abdul Rahman Kan, chairman of the Association of Turkish Independent Businessmen and Industrialists declared...

Head of Musiad: Turkey's Exports to the Arab World Exceeded $ 1 Billion in 2018

Musiad is the largest civil society organization in Turkey, regarded as a global capital platform and an important bridge between Turkish investors and foreign countries.

With growing investment opportunities in Turkey, the Association of Turkish Independent Businessmen and Industrialists, known for its extensive business acumen, continues to operate.

The Turkish Association was established in Istanbul in May 1990 and has a wide business space across its members in various sectors. It is widely active in the fields of informatics, education, energy and even the services sector.

Musiad is a witness on Turkish-Arab economic ties

"The value of Turkey's exports to the Arab countries during the last year 2018 amounted to about 30.8 billion dollars," Abdul Rahman Kan, chairman of the Association of Turkish Independent Businessmen and Industrialists declared.

This came during a speech at a business breakfast in Istanbul entitled “business Breakfast with Arab Journalists", attended by members of the Musiad and Arab journalists working in Turkey.

Turkey has focused in its economic relations with the Arab world on mutual interests, he said, pointing out that the volume of trade exchange between the two sides has witnessed a remarkable increase over the past ten years. 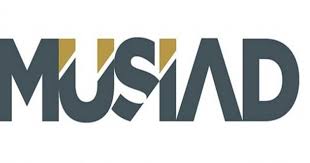 The volume of Turkish investments in the Arab world amounted to $ 2 billion between 2002 and 2018. The value of investment in Turkey by Arabs during the same period was $ 12 billion.

He pointed out in this regard the presence of 13 branches of the Association in the Arab countries such as Saudi Arabia, Iraq, Qatar, UAE, Morocco, Algeria, as well as Jordan, Kuwait, Oman, and Libya.

He revealed the planning of his association to organize the "Turkish Arab Business Summit" in coordination with the International Business Forum, in April next, in Istanbul.

"By organizing the summit, we aim to inform Arab businessmen of the financial law rules in Turkey.” He said.