Last year 2018, Turkey achieved unprecedented records in the export of domestic products to the world.
It has become usual to see Turkish goods on store shelves in far-off countries such as the Republic of Togo, Suriname, Eritrea, Mayotte, New Caledonia and the Belize Kingdom in the American continent.
The Turkish Statistics Agency and the Association of Turkish Exporters have revealed the volume of Turkish exports in figures in 2018, amounting to 168 billion dollars, fifty percent of which the value of exports to ten countries. 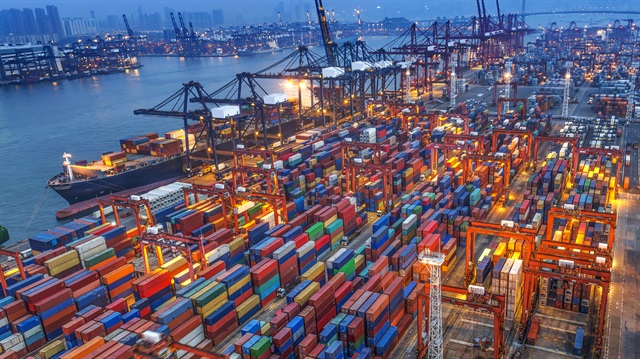 Turkish exports have been distributed to several countries, some in the European Union, some in Asia and others in Africa and the Americas.
Germany was the top importer of Turkish products, reaching 16.1 billion dollars.
Followed by the United Kingdom with exports of $ 11 billion and Italy with $ 9.6 billion.
The exports to Iraq and the United States of America, with the value of exports coming from Turkey $ 8.3 billion for each.
Spain was also in the list of importing countries, with imports coming from the Republic of Turkey (7.7 billion dollars), France (7.3 billion dollars), Netherlands (4.8 billion dollars) and Belgium (3.9 billion dollars).
The following is a table of the most important importing countries from Turkey according to the volume of imports:

Therefore, the total volume of Turkey's exports to these countries amounted to about $ 81.1 billion.
By exporting to 39 other countries around the world, Turkey has achieved a return of $ 1 billion, and the number of Turkish companies exporting abroad has increased significantly over the years.
The last of which exceeded 83 thousand and 279 exporting companies, last year 2018.

What are Turkey's most important exports to global markets?

Turkey's most important exports were distributed in several sectors, including industrial and food, automobile exports, ready-made garments, chemicals, and their derivatives, steel, and electrical and electronic products.
What are global markets that received Turkey's 2018 exports?
In addition to the aforementioned countries, the following are some of the countries that Turkish companies export to:
Trinidad and Tobago, Suriname, Eritrea, Mayotte, New Caledonia, Burkina Faso, Mauritius, Guyana, Seychelles, Namibia, Antigua and Barbuda, Honduras, Gabon, Laos, Comoros, Barbados, the Cook Islands, Saint Kitts and Nevis, Belize, and many other countries, may be difficult to elaborate.
Total exports to these countries amounted to $ 500 million.
Turkey's exports to Togo, or "Pearl of Africa", reached $ 73 million in 2018.
While exports to Burkina Faso increased by 90% between 2017 and 2018, from $ 28 million to $ 53 million!
Guyana, which is a very small country in South America, imported Turkish products worth $ 25 million.