Turkey is the First Globally in the High Real Estate Price 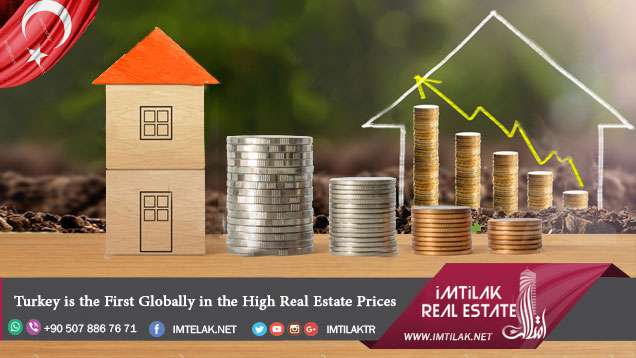 The British Company "Night Frank," competent in real estate sector, published its periodic report on the most countries that witnessed a rise in the real estate prices during the second quarter of this year, under the title of "Global Real Estate Rising Prices." The report showed that Turkey remains ranking the first with an annual increase reached to 13.9 %.

The report pointed out that when looking at the media and press, you note that the rise of the real estate prices in Turkey is the result of the cultural transformation projects, the increase in immigration, and the imbalance between demand and offer.

For its part, the Ajans Press Institution, competent to follow the media and press through research and scrutiny of the local and national press, prepared a report on the effect of the real estate sector on the press and media. The report proved that the number of news that have been published about the real estate sector in one year reached up to 7336 news.

The report emphasized that among the headlines of the news published about the real estate sector, there were many news confirming that the Turkish people look to the real estate sector as the most secure, reliable, profitable, and suitable economic sector for investment; and that most of the Turks' investments are in this sector.