US Firm: Turkey Is the Best Tourist Destination in the World 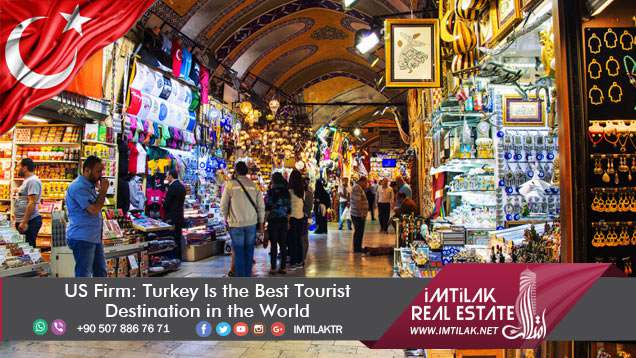 Turkey got a ratio of 17.3% in the American company, "Holliday Fox" index, to be the most appropriate tourist destination in the world, ahead of Mexico and Britain.

According to the company's index, Turkey was ranked as the first in terms of tourism costs, as the index takes into account the currency exchange rate against the dollar, and the rate of inflation, as well as other factors that make tourism costs more favorable.

Britain came in second place with 11.7%, and Mexico came thirdly with 10.6%, followed by China, and Costa Rica, while Russia came at the bottom of the list that included 48 countries.

Turkey is considered one of the leading countries in the tourism sector, as a result of hosting a large number of tourist places, monuments, that makes it a distinctive destination for tourists.

Moreover, Istanbul was ranked the eighth place in the world among the world's cities most reception for tourists during the last year, as the city holds a rate of 33.03% of the total number of tourist arriving to Turkey annually.

Free transportation in Istanbul at the beginning of the new year, 2020