The best cities in Turkey are distributed according to the cultural prosperity and the economic transformation, and the progress in the efficiency of transport projects, construction, and other infrastructure projects

The best cities in Turkey are distributed according to the cultural prosperity and the economic transformation, and the progress in the efficiency of transport projects, construction, and other infrastructure projects. The continuous development around the Turkish cities turned Turkey to a luminous torch, racing among themselves and attracting tourists and investors.

The city of Istanbul ranked the first to find the best place to buy an apartment in Turkey, and Trabzon also took an advanced position in the search for the best investment in Turkey.

The projects that played the most prominent role in the rise of the shares of cities economically and commercially varied, the most prominent of these are the huge Metro tunnels, the tram-trains that move on the public roads, and the tourist areas reach each other.

Istanbul: The melting-pot of tourism and investment

Istanbul has been one of the best in Turkey. The city has long maintained its position for long periods of time. Turkey's largest and most successful projects in recent years, such as the new Istanbul Airport, have a distinctive location in the Greater City, which forms the meeting point of the East with the West, as well as its total area of 76.5 million m2.

The Suspension bridges, and the tallest buildings distributed in the old, modern, tourist and commercial places ... The largest gardens followed by the largest mosques, and the press talks about projects will turn the territory of Istanbul to the economic leadership in the region, and the rise in investment profits in such proportions that crashed records did not reach any other Turkish regions yet.

Facts and figures are based on studies that make Istanbul the most important station in the development train. It has a population of 16 million. The big city is shared by 40 municipalities. It has witnessed a revolution in the level of service projects leading in all sectors, making its properties a considerable competitor, but it is perhaps Turkey's top property.

When mentioning the city of Istanbul it is necessary to talk about the outstanding bridges, which reach the continents of Europe and Asia with infinite precision and beauty, which constitute 3 works of art that shine above the Bosphorus Strait, Istanbul's main artery, serving as a destination for tourists, showing its beautiful splendor, making it one of the most beautiful cities in Turkey.

The eyes of civilization in Istanbul defy its counterparts in various parts of the world. The most recently built Ottoman-style mosque, Çamlıca, accommodates about 50,000 worshipers, with an enormous area of 15,000 m2! 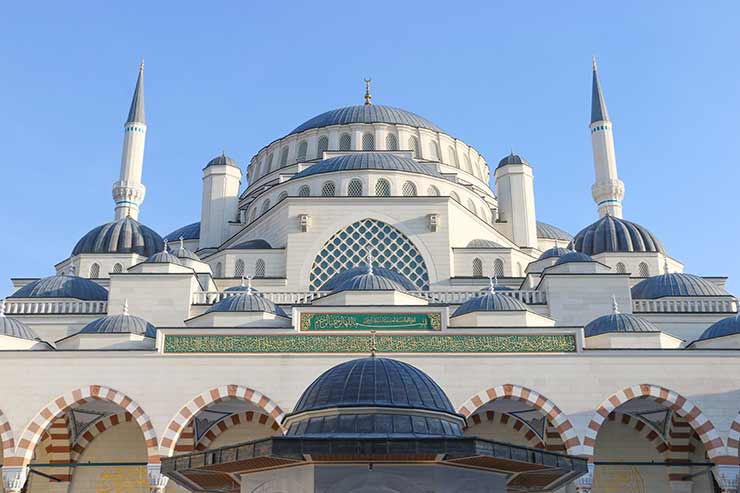 The new neighborhoods and municipalities in Istanbul are competing with each other, especially Basaksehir district, which is characterized by the elegance of the infrastructure, the development of modern buildings designed with advanced techniques ... Basaksehir is situated on the throne of beauty in Istanbul, 26 thousand m2, and advanced services of transportation, education, and health, winning the excellence and elegance from their counterparts, and some real estate experts claim that it is probably the best area in Turkey in the near future to search for stable and profitable real estate investment!

The beautiful tourist city of Trabzon attracts tourists from all over the world, carrying all the features of beauty, a cool summer climate, and always a beautiful nature, located in northern Turkey on the Black Sea coast.

Trabzon is an important gateway between East and West across the Black Sea. It bears the cultural significance of the Roman, Byzantine and Ottoman empires throughout history, including the Uzungol Lake, which lies at the foot of a series of high mountains in northeastern Turkey.

The town has been a popular destination for tourists, especially Arabs, and urban projects have increased in recent years, making them a rival face of the Trabzon province in the Turkish real estate sector.

It’s said that: The best place for real estate investment in Trabzon recently is the Yomra suburb on the flatlands of the Black Sea region, whose success draws the attention of investors.

Hospitals, luxury hotels, companies, fairs, and luxury malls, are spread throughout Trabzon and make it capital for investment and real estate luxury. 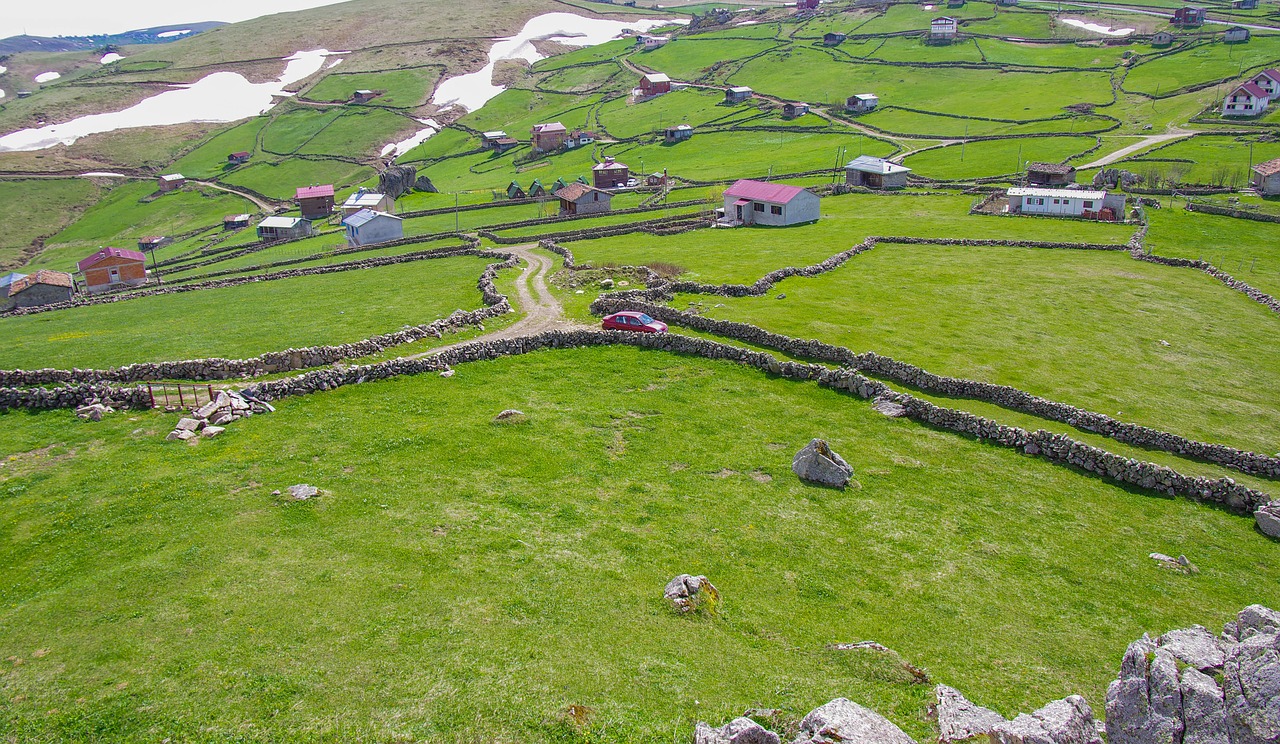 Ankara, the administrative capital, competes in the list of the best cities of Turkey

When the eye see Ankara the mind will imagine modern Turkey, high-rise buildings, factories, and trade forum in the center of the Turkish state geographically, which is characterized among the best profitable cities of Turkey, its most prominent characteristic is political activity and diplomatic after becoming the capital of the Republic of Turkey since October 1932.

Ankara has witnessed increasing waves in the purchase of real estate, especially after it became officially the capital of modern Turkey, and increased rates of Turkish and foreign investors, and became more important as the junction of roads to and from different cities and the Turkish states.

Ankara maintains a locally stable economy. It offers the finest domestically produced and internationally produced wool. It also leads the export lists to Europe, and by producing the distinctive Angora wool, it invades the European markets in question.

Ankara's stock rises through ancient monuments, starting with the Roman Columns, the Roman Theater, the Temple of Rome, Ottoman mosques and dozens of museums, most notably the Anatolian Museum.

Ankara has an important political burden at the state level, and among Turkish citizens, where the official government offices, such as the parliament building, the prime minister and the Turkish public ministries, are located. The White Presidential Palace, which was opened by Turkish President Recep Tayyip Erdogan in 2014, covers an area of 200,000 m2, According to some Turkish newspapers, the cost of building it has reached 350 million dollars. Thus, all this drives Ankara to progress and rise strongly on the ladder of Turkey's best cities.

Izmir: the real meaning of Trade and Civilization

From the archaeological museum of Izmir to the ruins of the city of Agora dating back to the Greek era, where the palace of the king and the temples and houses built of rock, and an ancient historical landmark dating back to 6000 BC is the ancient city of afs

Izmir is classified among Arab and Turkish investors and most interested in Turkish investment as one of the best areas to buy an apartment in Turkey.

Bursa the green: Is it the best city in Turkey?

Istanbul’s favorite neighbor, the Marmara Sea, which is characterized by its mild climate, and the coastal geographical environment that varies from mountain to plain. Ease of living, plenty of work and housing, high indicators of property purchase, and its people see it as the best city for living in Turkey.

Its ancient history and the charm of its tourist attractions makes it an excellent choice for tourism or stability. Uludag Mountain, with a height of 2,543 meters, not to mention the captivating nature of skiing enthusiasts, these and other factors make it advance quickly to win the lead in Seeking the best investments in Turkey. 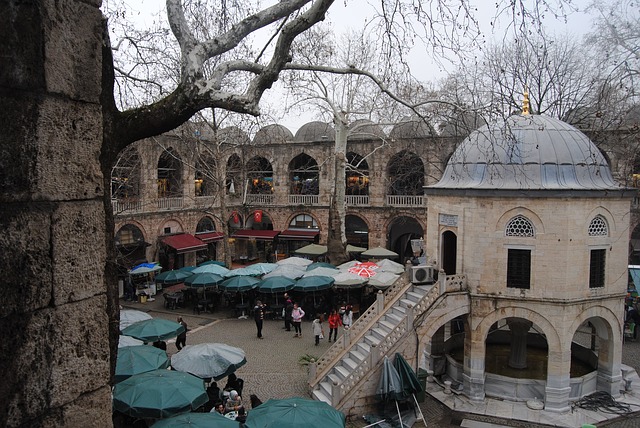 Sansarak the hidden paradise in Bursa

A secret place in the province of Bursa, it gives delight and a smile over visitors, filled with waterfalls, mountains, caves, and wonderful places, and is expected to become a new attraction for tourists in Turkey.

Finally, we can say that Turkish cities compete in beauty, history, and modernity, but Istanbul remains the most attractive center, in which the tourists, the destination of the new arrivals, and the profits of investors.