Everything you need to know about Tunisians in Turkey in terms of their numbers, living, and residence. Read also about residency in Turkey for Tunisians and their most important investments.

Is Turkey special for Tunisians to live in?

The story of the social bonds and close relations between the Turkish and Tunisian peoples begins in the "Tunisana village" in Turkey, which is located in the Turkish state of "Kastamoni" on the Black Sea coast.

From the historical and social relations and the bonds of cultural rapprochement between Tunisia and Turkey to the climatic and geographical rapprochement, where Tunisia overlooks the Mediterranean Sea and is characterized by its breezy climate and beautiful beaches, as well as Turkey shares this climate with its view of the Mediterranean shore through its coastal states such as Antalya, Alanya, and Mersin.

Currently, Turkish-Tunisian relations are characterized by distinct partnership relations based on joint cooperation for the benefit of the two countries. Turkey and Tunisia have agreements that have a direct positive impact on the citizens of both countries, the most important of which is the Free Trade Agreement signed in 2004, as well as the Industrial Cooperation Agreement between the two countries signed in 2006, which entered into force in 2007.

Maybe the most important understanding between the two countries is to exempt the citizens of the two countries from the pre-entry visa for Turkey and Tunisia, as Tunisians can enter Turkey without a visa and legally stay for 90 days, as well as Turks.

All of the above gives great indicators that show Turkey's suitability and advantages for Tunisians wishing to settle in the country, as Turkey is a country with promising investment opportunities, where residents enjoy a healthy environment, high quality of life, and services, in addition to being a tourist country characterized by historical attractions and charming and beautiful landscapes. 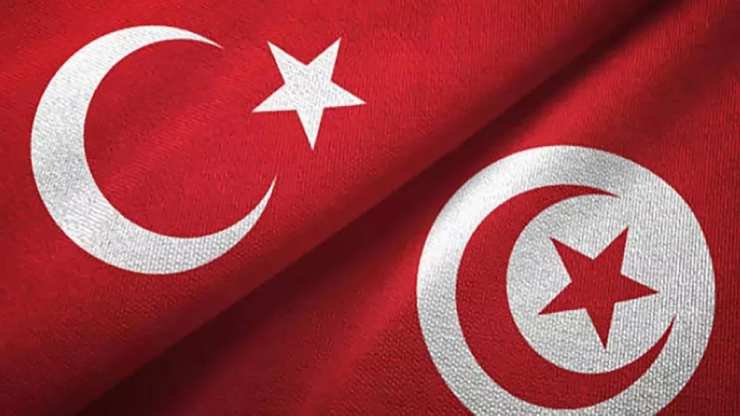 How many Tunisians are in Turkey?

There are no official statistics on the number of the Tunisian community residing in Turkey, but it is certain that it has witnessed an increase during the past five years, as some unofficial statistics indicate that the number of the Tunisian community in Turkey is estimated at thousands and that most of these numbers are young people and students.

The category of Tunisian students in Turkey is the largest category of the Tunisian community residing in the country, with an estimated number of 1,500 students studying in a number of universities in the Turkish states.

Many Tunisian students take advantage of the annual Turkish government grant, which covers accommodation expenses, study and living fees for students, in addition to being a grant that benefits the university, graduate, and research students.

The number of flights between Turkey and Tunisia reaches 66 flights per week on three major and four secondary airlines, and the percentage of fullness on most of these flights is 100%, as Turkey has become a popular tourist destination for Tunisians.

Turkey is a tourist destination known for its natural and historical beauty, and Tunisians prefer tourism to Turkey due to entering the country without a prior visa, in addition to the low tourism prices compared to neighboring European countries. 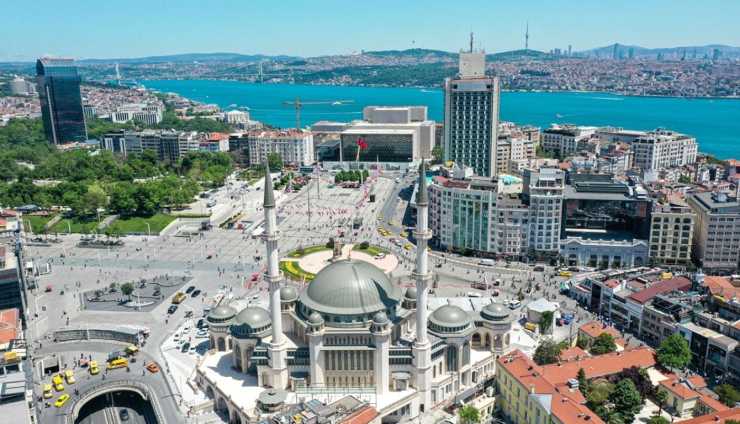 The areas of Tunisian presence in Turkey

The presence of Tunisians residing in Turkey is concentrated in Istanbul, in different regions of it, such as Sisli, Fatih, Avcilar, and Bahçelievler. Members of the Turkish community, especially students and tourists, are spread among the various Turkish cities.

You will find more detailed information about the most important areas of Istanbul and its advantages in our next article The Most Famous 10 Districts In Istanbul And Their Features.

Residence in Turkey for Tunisians: conditions and ease of obtaining

Tunisians can legally stay in Turkey for 90 days after having the entry stamp, but if the Tunisian citizen wishes to stay for a longer period, he can renew by submitting an application through the Turkish Immigration Department.

The volume of trade exchange between Turkey and Tunisia during the year 2017 reached $1 billion, and the investments of Tunisians in Turkey are focused on the commercial sector of import and export, and the tourism sector.

However, recently there has been a tendency for some Tunisians to invest in the Turkish real estate sector, by buying real estate in Turkey.

According to the Turkish law on the purchase of the real estate by foreigners in Turkey, Tunisians have the right to buy real estate in the country, and therefore they can benefit from the law on granting Turkish citizenship to foreigners if they purchase real estate worth $400,000.

Tunisian citizens had a presence in the foreigners' purchase of real estate in Turkey during the last period, but it is considered weak compared to other foreign nationals.

486
Search for your apartment