Is life in Turkey distinctive and attractive to Algerians?

These attempts by the Europeans led to alliances between Algeria and the Turks (the Ottoman Empire at the time) so that the coasts of Algeria overlooking the Mediterranean became a group of joint Ottoman-Algerian garrisons against the invaders. History mentions the good relations between the commander of the Ottoman fleet at the time Khair al-Din Barbarossa (Turkish origin) and the Algerians until those relations culminated in Khair al-Din Barbarossa becoming governor of Algeria.

History has a connection to the present, and this is reflected in the reality of the current Algerian-Turkish relations, which are characterized by high-end diplomatic relations at the highest level, which have reached the signing of several partnership agreements between the two countries, in addition to the issuance of a Turkish presidential decision in 2019 exempting Algerians under 12 and over 65 years old. From the entry visa to Turkey in preparation for exempting the citizens of the two countries from the pre-entry visa.

Turkey has become a major destination for Algerian citizens recently, as is the case with many Arab communities, either for study, tourism, trade, and investment, or residence and stability.

In this regard, Turkey is a suitable environment for Algerians to live in, due to the cultural and historical rapprochement between the two countries, in addition to the number of Arab and Algerian communities residing in the country, which constitutes an encouraging factor for deciding to settle and reside in Turkey. 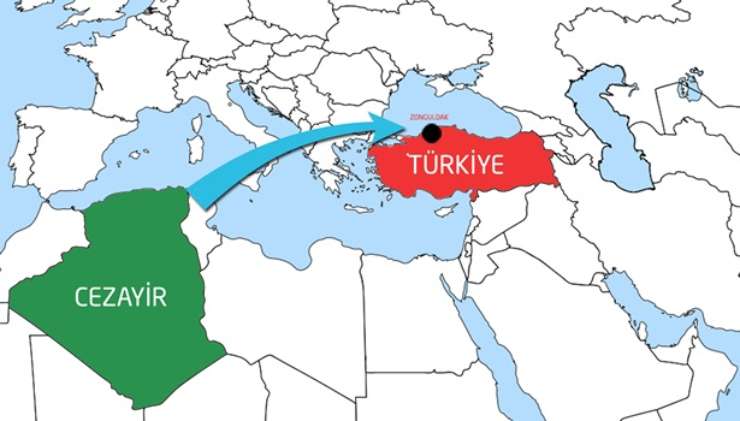 How many Algerians are in Turkey?

There are no official statistics on the number of Algerians residing in Turkey, but their numbers are estimated between 10,000 to 20,000 residents, most of whom are students, tourists, and traders.

The number of Algerians residing in Turkey increased until 2020, with the beginning of the crisis of the spread of the Coronavirus globally, as the numbers began to decline as a result of the closure and ban measures until the number of Algerians coming to reside in Turkey recovered again after the spread of the virus declined and restrictions on movement and travel were lifted at the end of 2021.

The number of Turkish Airlines flights between Algeria and Turkey reaches 35 flights per week, and Algerians are active in the tourism sector within Turkey, as it is one of the most important tourist destinations for Algerians.

Relations are flourishing between tourism companies in Turkey and Algeria, which work to facilitate group tours between the two countries and provide related logistical matters, in addition to providing various private and group tourism programs.

The annual Turkish government scholarship for international students includes Algerian students. The grant is awarded annually and many Algerian students receive the grant to study in Turkey at various disciplines and stages.

Areas of Algerian presence in Turkey

Algerians are also present in various Turkish cities for the category of students studying at Turkish universities in most states of the country, such as Ankara, Izmir, Bursa, Konya, and others.

Residence in Turkey for Algerians: conditions and accessibility

Algerians obtain legal residency in Turkey like other foreigners without any problems, and the Algerian citizen is thus treated according to the foreigners' law adopted in the country. 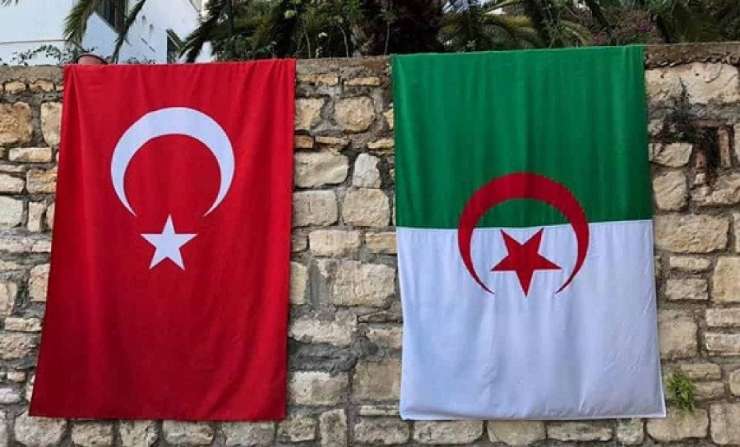 The volume of trade exchange between Turkey and Algeria at the end of the year 2020 reached about $4 billion, and the two countries are seeking, within an agreement between the Turkish and Algerian governments, to raise the volume of trade exchange between them to $10 billion by 2030, and it is expected that these understandings will culminate in the establishment of a free trade agreement between the two countries.

On the other hand, Algerians find Turkey a destination for investment, and the most important Algerian investments in Turkey are in the trade and manufacturing sector, petrochemical industries, in addition to technical industries.

According to Turkish law, Algerians can buy and own real estate within Turkish territory without any legal obstacles. They can also benefit from the law granting Turkish citizenship to foreign investors in the Turkish real estate sector.

Algerians have appeared on the list of the top ten foreign countries buying real estate in Turkey several times during the previous years, as Algerians are among the nationalities that prefer to own and buy real estate in Turkey for various purposes, either stability, investment, or obtaining Turkish citizenship.

467
Search for your apartment