We should have built it 50 years ago, but we finally achieved it. With these words, Turkish President Recep Tayyip Erdogan announced the opening of the Osman Ghazi Bridge, the fourth longest suspension bridge in the world.

"We should have built it 50 years ago, but we have finally achieved it." With these words, Turkish President Recep Tayyip Erdogan announced the opening of the Osman Ghazi Bridge, the fourth longest suspension bridge in the world on 30 June 2016.

The bridge is the first and main point of the Gebze-Izmir highway project, which will reduce the distance between the cities of Istanbul and Izmir from 9 to approximately 3 hours and a half, It is the fourth longest suspended bridge in the world.
The construction work on the bridge lasted about 39 months. The foundation stone of the bridge was laid at a ceremony held in Yalova on 30 March 2013. More than 8,000 workers, engineers, and specialists were involved in the construction of the 2,682-meter bridge 36 meters high and its towers 252 meters, the bridge is considered of eco-friendly bridges, where it was created in an arc to bend aside from Lake Herzegovina and where different species of birds live.
The Bridge is also the most important point in the Ghazi-Izmir highway project, which costs about $ 9 billion, with this bridge, the distance between the two sides of the Gulf decreased to 6 minutes, after it was more than two hours by turning around the Gulf to reach the opposite end, so this bridge is also known as the Gulf Crossing Bridge.
The bridge is expected to facilitate and ease transportation, especially in the areas of Gebze and industrial city Delova of Izmit.
A number of projects along the construction of the bridge began to establish new industrial areas in the Yalova area around the bridge mentioned.

The Osman Ghazi Istanbul Bridge has caused an increase in the value of land and real estate in the region, where the high prices of properties and land in the areas around the bridge and on the road in question have reached a large extent in some areas to 400%... And led to an unprecedented movement of construction and real estate, not to mention the interest of investors in general and Arabs, especially on the areas surrounding the bridge.

It is true that the bridge was built according to the latest modern engineering systems, but the name of the bridge "Osman Ghazi" dates back centuries ago, specifically to the fourteenth century where Sultan Osman I lived, the founder of the Ottoman Empire, which named after him, that’s why the bridge was named after him.

With a total cost of about $ 1.3 billion, and with its outstanding ranking as the fourth longest suspended bridge in the world, the Osman Ghazi Bridge extends over the Sea of Marmara and connects between the states of Kocaeli and Yalova, shortening travel between Izmir and Istanbul from eight and a half hours to three hours just half! 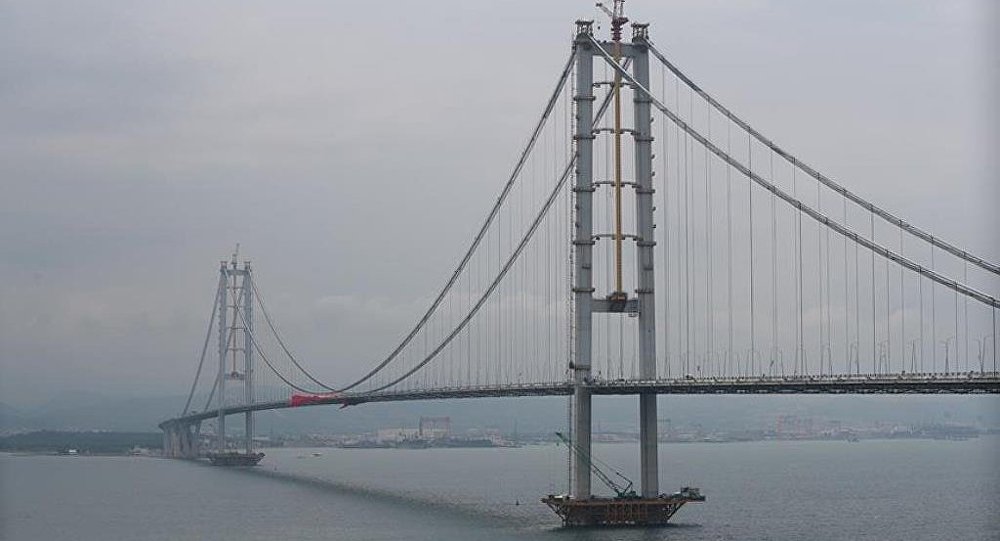 Osman Gazi Bridge: The Mystery of the Wonderful Curve

The curve of the bridge raised many questions, and was considered one of the most striking elements in the architectural design of the bridge!
In the context of revealing the secret behind this brilliant architectural form, the mayor of the "Altin Ufa" of the city of Yalova explained that there are several dimensions present in this design:

Historians say that the sword of Sultan Osman Ghazi, the founder of the Ottoman Empire, was hampered. 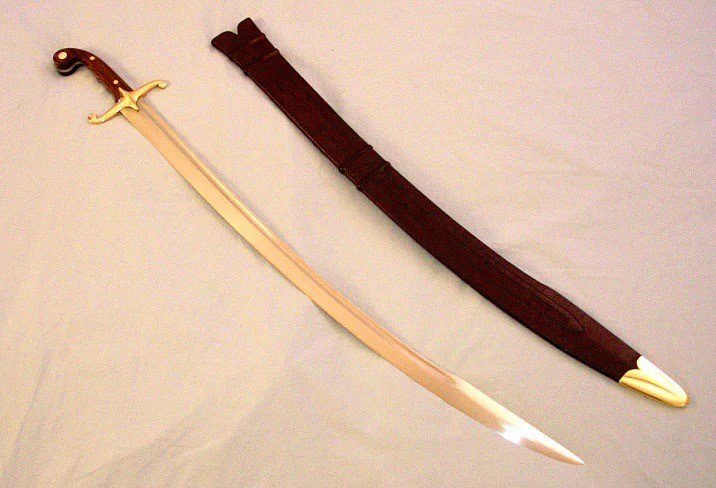 The Ministry of Transportation in the construction of the bridge took into account the natural terrain of the cities in which it passes, in response to the Ministry of Environment alerting that the areas passing through the bridge from Istanbul, Izmit, Bursa, and Yalova are characterized by dense trees, and swarms of migratory birds that flow to Turkey in the summer and winter pass through.

The bridge design also took into consideration the inconvenience that might affect these birds that will be generated by construction and the passage of cars, and that’s how it came out in the final form.

Many of the residents of these cities flock to the natural areas under the bridge. If the bridge is built straight, residents will be deprived to see the natural beauty of these areas.
Therefore, the Ministry of Development submitted a recommendation to the Ministry of Transport to remove the bridge from residential and natural areas to maintain the residents' comfort, while maintaining a high capacity to serve citizens and facilitate their trips, including the continuous review of the Osman Ghazi bridge fees.

4,646
Search for your apartment