In the context of the comprehensive renaissance witnessed by Turkey, citizens of many countries in the region aspire to obtain Turkish citizenship and enjoy its privileges...

In the context of the comprehensive renaissance witnessed by Turkey, citizens of many countries in the region aspire to obtain Turkish citizenship and enjoy its privileges. The following article reviews the official methods adopted to obtain it, leading to the fastest and most guaranteed way in this field.

Turkey offers a model country of stability and development along with historical and cultural heritage, which has embraced many nationalities of various countries of the world, through many facilities for those who wish to settle in, and benefit from the advantages of Turkish nationality.

The country's development at all levels has contributed to attracting stability seekers, especially from the Arab region and the Middle East. The Turkish authorities have been positive in their aspirations to grant citizenship to those who deserve it and meet certain criteria.

The government applies the laws on the methods of obtaining Turkish nationality to all foreigners, which are specific in ways that we will mention, and recently the privileges related to economic investment have been added, especially in the area of real estate. 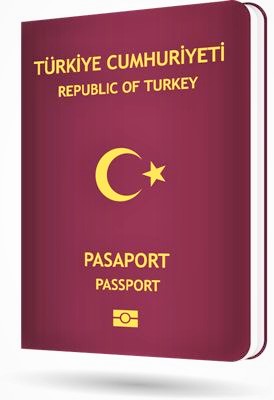 The Government has identified clear ways for obtaining citizenship, by specific criteria that must be observed, and are summarized in the following four ways:

Method 1: Staying in Turkey for five consecutive years with a work permit.

Method 3: Economic investment of at least $ 400 thousand for at least three years.

Method 4: Applying for citizenship after three years of marriage from a Turkish citizen, in which case the following conditions must be met:

The Turkish government put the main condition in addition to the above: applicants are not linked to any terrorist-classified organizations in Turkey that undermine the country's security, sovereignty, independence, and unity.

Obtaining Turkish citizenship: What are the legal requirements?

Regarding the matter, Lebanese researcher Ali Bakir says about the issue of naturalization in particular: is subject to legal requirements. If the applicant meets the legal requirements, his chances of getting approval will be high.

"Turkey is now one of the very few countries that are stable in the region, and there are those who want their nationality, often businessmen and investors,” Bakir adds.

He saw that Turkey was not an easy country for Arabs with limited or low incomes, and moving to it was not easy for them.

He pointed out that Turkey, like other countries, sets conditions for obtaining nationality and then makes you take advantage of the benefits of Turkish nationality, and also needs to attract expertise and skills that do not exist and wants to maintain population growth to support economic growth in the long term.

The recent amendments, issued two months ago, have accelerated the pace of foreign investors, especially Arabs, to own property in Turkey to become Turkish. Investors have already begun the process after completing transactions at record speed.

According to information obtained by Anadolu, investors of several nationalities, including Jordan, Yemen, Libya, and Iraq, recently got citizenship after buying property worth $ 250 thousand, pledging it for three years, and completing their transactions in all stages of security and others.

The Turkish National Statistics Agency clarified in a report a few days ago that the rate of purchase of real estate by foreigners for 2018 rose by 78.4% compared to 2017, through the sale of 93663 properties.

Iraq leads the list of property buyers, followed by Iran, Saudi Arabia, then Russia, and Kuwait, showing the diversity of nationalities and focusing on the Middle East, especially the Arab countries.

To obtain Turkish Citizenship: Property Investment is The Best

Each person's subjective factors and circumstances must play a decisive role in choosing the most appropriate way to obtain Turkish citizenship if he or she desires.

However, after reviewing the legal ways above, it appears that real estate investment in Turkey is the fastest and most secure way in this regard. 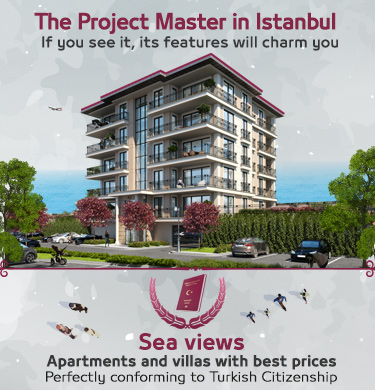 Where the waiting period after completing the official papers does not exceed forty-five days maximum!

In addition to the advantages of Turkish nationality, not to mention the investment side of the economic feasibility of the investment process, the process that begins as a real estate investment and may not end by obtaining a strong Turkish passport only!

110
Search for your apartment