A detailed article on Turkish-Jordanian relations, trade exchange between Turkey and Jordan and its volume, Turkish investments in Jordan, Turkey's exports to Jordan, and more at Imtilak Real Estate.

Among the delegations that came to Turkey was the founder of the Hashemite Kingdom of Jordan, King Abdullah I, thus beginning the history of Turkish-Jordanian relations in the thirties of the last century.

The course of bilateral relations between Turkey and Jordan began in 1937, with Mustafa Kemal Atatürk receiving his guest King Abdullah I at the Presidential Palace in Ankara.

This meeting between the two leaders resulted in the signing of friendship agreements between the two countries, the opening of Turkey's first embassy in Amman, the strengthening of relations between Turkey and Jordan in various sectors, and future promotion.

During the era of the Justice and Development Party, Turkish-Jordanian relations witnessed a remarkable development, especially with the occurrence of mutual visits between officials in the two countries. Former Turkish President Abdullah Gul visited Jordan in December 2009, while King Abdullah II of Jordan visited Turkey in March 2013.

In order to strengthen economic cooperation, and with a view to signing a package of joint agreements, which would contribute to increasing the value of investments, former Turkish Prime Minister Ahmet Davut Oğlu paid an official visit to the capital city of Amman in 2016.

Following those mutual visits and agreements signed between the two sides, according to official figures, Turkish investments, which have flowed into the Hashemite Kingdom over the past years, amounted to $283 million, concentrated in the services and information technology sectors, food industries, and infrastructure.

On the level of trade relations, the free trade agreement signed in 2009 between the two countries, which entered into force in March 2011, played a strategic role in the history of Turkish-Jordanian relations, to enhance trade exchanges between the two parties, and push the economy of both countries forward.

As a result of this Agreement, commercial sea and landlines passing through Jordanian territory and ports to the Arabian Gulf States, as well as trade lines between Jordan and the Balkan and European Union States, have been opened through Turkish ports and territories.

During the era of the current president of the Republic of Turkey, the mutual visits between Turkey and Jordan continued, confirming the Turkish-Jordanian relations, which were established on a solid basis in the past, the extent of the great coordination between the two countries throughout history to this day. 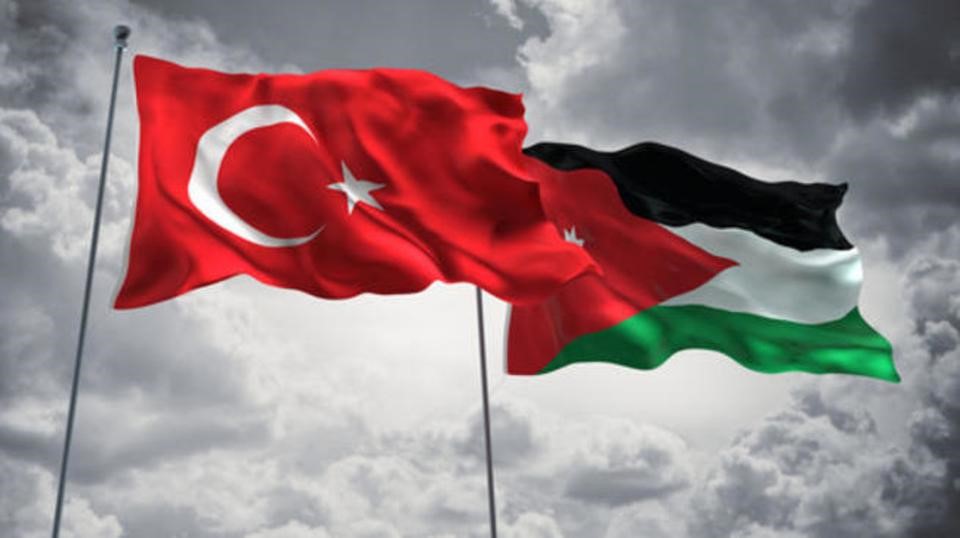 The Turks in Jordan: The Turkish presence in Jordan

The influence of Turkish culture in Jordanians in their public life in Jordan is evident in the opening of a small Turkish village, in the form of a large shopping mall, near the Jordanian capital Amman, as the Egyptian market in Istanbul.

This village provides various products and goods that the Turkish community in Amman needs, including foodstuffs, sweets, restaurants, juices, and clothes in a similar way to the way they are presented in Turkish markets. The villagers are keen that all their products are 100% Turkish, in addition to Jordanian exhibits.

In addition to this Turkish village, there are some centers that build bridges of communication between the Turks residing in Jordan and the Jordanian people, such as the Yunus Emre Center for Turkish Language Teaching in Jordan, which is very popular for learning the Turkish language, especially with members of the ruling family being educated in this center.

Jordanians in Turkey: The Jordanian presence in Turkey

Turkey, with its geographical location on two large continents, is one of the most favored Arab countries in general, for Jordanians in particular, especially with so many assets in most Turkish sectors, that Jordanian citizens want to come to Turkey and live in one of their states.

In terms of education, Turkey opens up official grants annually, with the aim of attracting foreign students to Turkish universities, a major opportunity that many Jordanians in Turkey have taken advantage of.

We do not forget the facilities provided by the Turkish government to foreign investors, which prompted many Jordanian businessmen to own real estate in Turkey and establish their investment businesses in Turkey.

Turkish tourism plays a major role in attracting Jordanian visitors, who come with the aim of tourism in Turkey, enjoying the beauty of its monuments, the charm of its natural areas, and the splendor of its historic buildings.

In addition, the somewhat similar customs and traditions between the two peoples play into the presence of a large Jordanian community in Turkey. 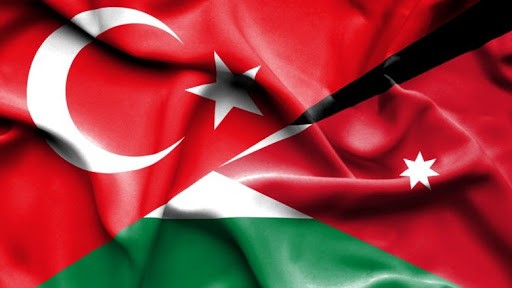 What is the nature of Turkish-Jordanian relations at the moment?

According to observers, relations between the Jordanian and Turkish parties have been characterized by ideological and political harmony in various areas. According to some experts in international political relations, it is in the interest of Jordan and Turkey to strengthen their relations at the present time and to work in the interests of both countries at all levels.

What are the most important Turkish investments in Jordan? And how big is it?

The signing of the Free Trade Agreement between Turkey and Jordan increased the volume of Turkish investment in Jordan, and the decision to cancel the visa between the two countries, signed under former Turkish President Abdullah Gul, played a major role in bringing Turkish investors to Jordan.

Under this decision, direct flights were operated between Istanbul and Amman, and between Ankara and Amman, and this matter contributed to strengthening the channels of communication, between Jordanian and Turkish businessmen, in terms of increasing Turkish investments in Jordan.

During his participation in the 2017 Summit of Turkish-Arab Economic Cooperation, the President of the Amman Chamber of Industry confirmed that Turkish investments in the Hashemite Kingdom had reached nearly $2.5 billion in many sectors.

What are the most important Jordanian investments in Turkey?

Following the signing of a number of agreements of understanding and cooperation between Turkey and Jordan in various sectors, Jordanian investments in Turkey were characterized by unprecedented activity in Turkey, as evidenced by figures from Jordan's Ministry of Foreign Affairs, which indicates that there are 542 investment companies funded by Jordanian capital.

The fields of work of these companies in Turkey vary, between import and export companies, contracting and construction, real estate, tourism and transportation, small industries, clothing and textiles, restaurants and hotels, education centers, packaging and packaging, and trading in petroleum materials. 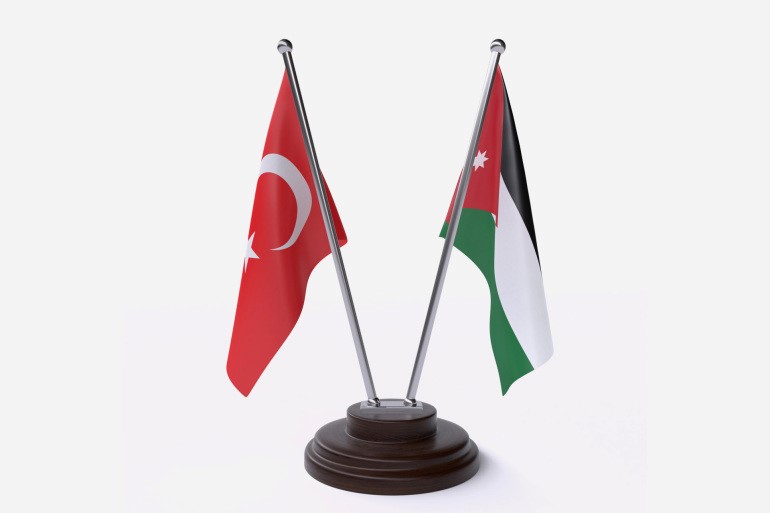 Trade exchange between Turkey and Jordan

According to statistics for the first quarter of 2017, issued by the Jordanian Ministry of Foreign Affairs, Turkish exports to Jordan amounted to approximately $176.7 million, an increase of 3.6% over the same period the previous year.

Also, according to these statistics, Jordanian exports to Turkey recorded an increase of 133 percent over 2016, reaching $28.5 million in 2017.

For its part, the Jordan Chamber of Commerce announced, according to Anadolu Agency, that the Kingdom's exports to Turkey during 2019 amounted to nearly $49 million, compared to imports worth $821 million.

What are Turkey's most important exports to Jordan?

However, it is worth noting that the Jordanian government announced its suspension of the free trade agreement between the two countries in March 2018, to protect the local industry and the agricultural sector.

According to data and statistics issued by some official authorities in Turkey, it was noted that Jordanian investors made the largest amount of investments in Turkey, at the end of the third quarter of 2020, despite the spread of the Covid-19 pandemic in the country.

In addition, Jordanian nationality ranked seventh, among the list of foreign nationalities who own real estate in Turkey for the year 2018.

With increasing interest by Jordanians in the Turkish real estate market, the number of Jordanian-owned apartments in Turkey, according to Turkish Statistics Service data, was 483 for 2017, compared to 345 for 2016, over 100%, compared with the same month the previous year. This suggests that Jordanian investors are taking on real estate in Turkey.

What is the future of Turkish-Jordanian relations?

After the exchange of visits between officials of the two countries over the past years, and the multiplicity of seminars and meetings between the delegations of the two sides, the Turkish-Jordanian relations witnessed rapid development, in various fields of work and cooperation between the two parties.

Because of the enormous potential that each side possesses and the geographical location that each country enjoys, relations are expected to develop and develop at various levels, in a manner that is in the interest of both countries.

Therefore, we believe that the future of Turkish-Jordanian relations will witness more cooperation, especially with the great consensus between the views and positions of the two countries, towards many issues that concern them at the regional level. 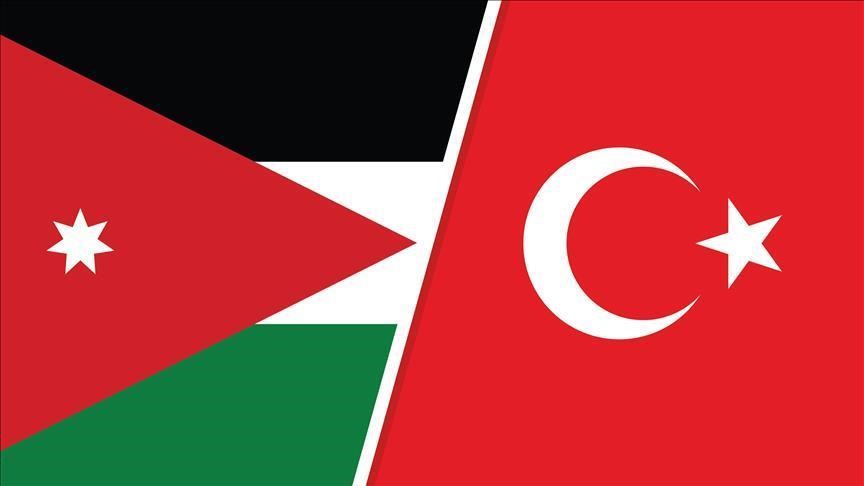 6,065
Search for your apartment