Detailed information on Turkish-Libyan relations and their history, as well as clarification of the issue of trade between Turkey and Libya, and the major investments, exports, and imports between the two countries.

More than 500 years of joint history between Libya and Turkey have made it possible for Turkish-Libyan relations to be so close and distinct between the two countries that Libya is at the forefront of the countries whose citizens invest in Turkey. Turkish investors to have a prominent role in investing in Libya, Turkish contractors first started working in Libya in 1972, and since then Turkish companies have signed contracts worth $40 billion in the construction sector in Libya alone, and this number is expected to rise in the future.

Upon Italy's intention to occupy Libya, the Ottomans sent their troops to defend Libya in 1911, according to Turkish writers and researchers.

After the establishment of the Senussi Kingdom in Libya following the evacuation of the Italians, the first foreign visit of King Idris al-Senussi was to Turkey, and the king also requested that the Turkish Saadullah Kologlu be the first prime minister in the government of the Kingdom of Libya between 1949 and 1952.

As is the ancient Turkish presence in Libya, so is the Libyan presence in Turkey, as Turkish literature celebrates Ahmed Senussi who came from Libya to participate in the Turkish War of Independence. At the present time, Libyans abound in several areas, such as Laleli neighborhood in the famous Aksaray district in Istanbul, which seems as if it were a mini Libya, as their number in this neighborhood is estimated at 35,000 people, and most of the shops, restaurants, and companies in the neighborhood belong to Libyan citizens, as traders pump The Libyans have hundreds of millions of dollars in this vital region, most of them are owners of money, and owners of leading and large commercial and economic businesses who had come to Turkey for the purpose of treatment, trade, study, and residence.

What is the nature of the current Turkish-Libyan relations?

According to economic experts, Libya is one of the most important elements of the so-called "blue homeland" doctrine in Turkish politics, in addition to the recent agreements signed between the two countries, which are an important indicator of the strength and importance of their relations. Expectations indicate that Turkish-Libyan relations will gain considerable momentum and acceleration with the progress of the political process in Libya, and areas of cooperation between Turkey and Libya will expand in rebuilding the Libyan state, building infrastructure and superstructures, reviving the common free market, increasing cooperation in other cultural and civil fields, and all that It would strengthen the relations between the two countries. 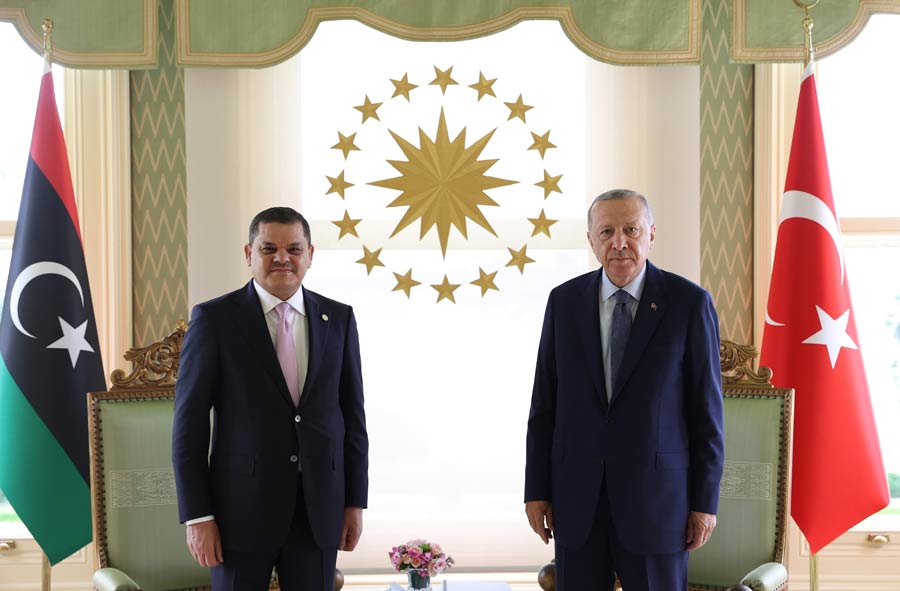 The most important Turkish investments in Libya and their volume

Turkish investments in Libya are witnessing a remarkable rise, after the Libyan authorities opened the door to Turkish investors, especially in the contracting and construction sector, following the two memoranda of understanding signed between the Libyan and Turkish governments on November 27, 2019.

According to the President of the Turkish-Libyan Business Council of the Turkish Foreign Economic Relations Council: The amount of investment in Libya is estimated at $120 billion in all sectors, primarily women contractors.

The volume of projects implemented by Turkish investors in the construction sector in Libya alone has exceeded $28 billion.

Several Turkish companies are working in Libya on projects to develop some electrical stations and establish new power stations. The Turkish Cooperation and Coordination Agency “TIKA” has implemented many projects in Libya, especially in the fields of technology, education, and health. A major player in Libya, as there is a relentless pursuit in Libya to work with Turkish companies and benefit from their expertise, and the number of Turkish companies currently operating in Libya exceeds 48 companies.

The most important Libyan investments in Turkey and their volume

Libyans are also covered by the Turkish Nationality Law issued on 19-09-2018, which allows applicants to apply for Turkish citizenship for those who own a property worth $250,000 in Turkey, after completing all relevant conditions and documents.

After the amendment of several laws by the Turkish government, the most important of which was the law passed in 2012, namely the opening of property to foreigners in Turkey for any kind of real estate, whether apartments or villas or shops, Libyans were among the nationalities entitled to invest and buy property in Turkey without conditions or restrictions, which in turn led to an increase in the number of Libyans and owners of capital from Libya within the Turkish labor market in general and the property market.

Trade exchange between Turkey and Libya

Turkey is an indispensable business partner for Libya, with a general trend from the current Turkish government to naturalize employers, students, and workers for the value they add to the Turkish economy and the Turkish state in general and to attract Libyan capital in Turkey with the aim of boosting Libyan investments in Turkey. 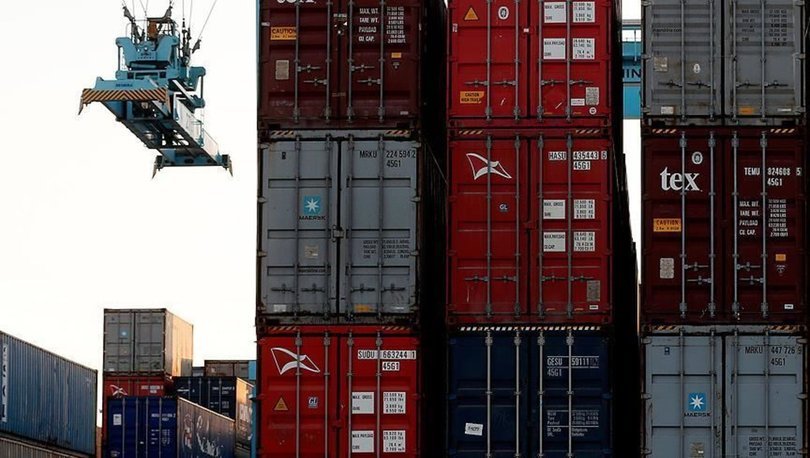 Turkish trade exports to Libya are currently $2 billion a year, imports are $350 million, while trade between the two countries was worth nearly $10 billion before 2010.

Libya is three days away from Turkey by sea, and two hours by air, which means it is in a very attractive position for Turkish companies in the field of importing from Libya.

It is also expected that the "Maritime Zones Agreement" between Turkey and Libya will contribute to strengthening trade and economic relations between the two countries during the next stage.

In this context, the work of the Turkish-Libyan Trade Platform was held in Istanbul, Turkey, in mid-October 2020, with the participation of 200 Libyan governmental and non-governmental economic institutions with a view to strengthening economic relations between the two countries. 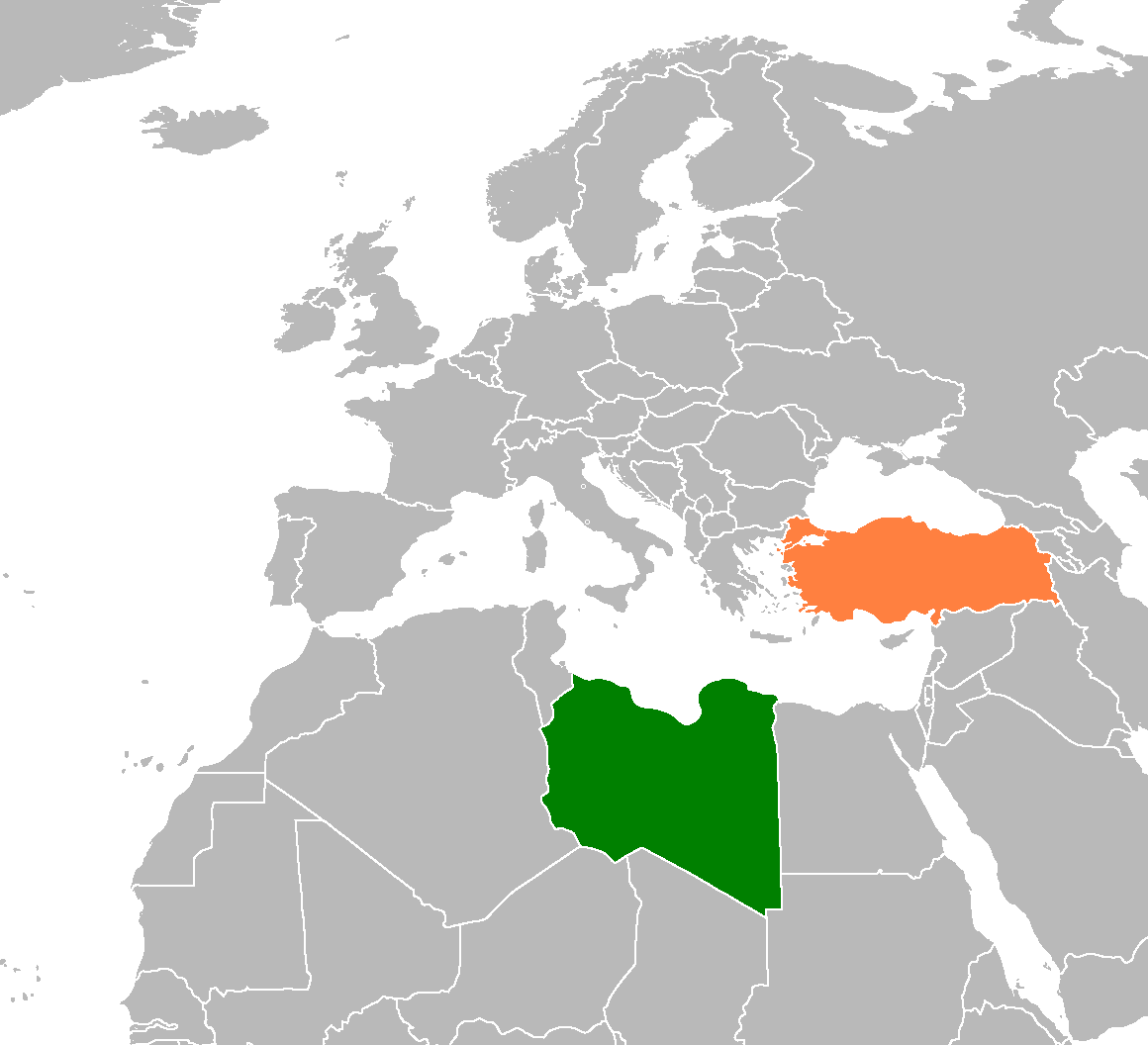 The volume of trade exchange between Turkey and Libya

The volume of trade exchange between Turkey and Libya at the beginning of the second decade of the twenty-first century amounted to nearly $10 billion, while the value of projects and investments in the construction sector alone amounted to about $15 billion.

According to the Turkish Exporters' Council, Turkey's exports to Libya between January and July 2021 rose by 58% compared to the same period last year, as previously indicated to achieve $325 million.

The advantages granted by Turkey to the property owner in Turkey have contributed to encouraging Libyan investors to invest in Turkey, especially in the field of real estate, where the Libyan property owner in Turkey is granted a residence permit that grants its owner the right to enter and exit to and from Turkey without the need for an entry visa, and also grants the owner the right to move within cities He is also entitled to grant his wife and children real estate residency through the property he owns, and the residency period is for one or two years and is renewable. 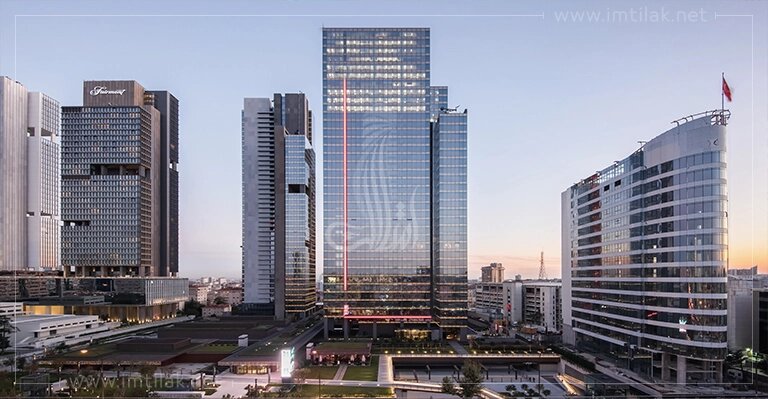 The future of Turkish-Libyan relations

The data indicate that the future of Turkish-Libyan relations will witness an affirmation of the importance of Turkish-Libyan relations, the growth of the investment role and trade exchange between Turkey and Libya, and the increase in the presence of the Libyan community in Turkey and their ownership and investment in real estate, as the Libyans are among the most popular nationalities to invest in Turkey to obtain Turkish citizenship. Upon observing the data of the Turkish Statistics Authority on Turkish real estate sales, we will find a steady rise in the purchase of the real estate by Libyans in Turkey, which will help in the continued consolidation of the strong friendship between the two governments, which culminated in agreements of cooperation and mutual understanding and a strong presence on the ground between the two countries.

8,802
Search for your apartment