What is the reality of university education in Trabzon?

Trabzon is one of the most important major states in Turkey, it has been distinguished by its interest in university education institutions since the establishment of the Turkish Republic. Trabzon is the first Turkish state after Ankara and Istanbul in which a university for higher education is established.

Currently, there are 3 prestigious universities in Trabzon with a high academic, research, and scientific ranking at the level of the Republic of Turkey, and regionally at the level of European countries.

Therefore, the reality of university education in Trabzon is considered one of the advanced fields in the city at the level of the Republic of Turkey, where the city flourishes with its research centers and the proportion of its educated and educated population.

The most important features of Trabzon for university students

Trabzon’s climate is dominated by rainy weather throughout the world, where rain falls on the city during the four seasons, and the peak of that rain is in the fall, and the winter of Trabzon is cold and snow falls heavily, unlike the summer, autumn and spring seasons, where the temperature is moderate with humidity between medium and elevated.

Trabzon has an airport for the city, which receives domestic flights from Istanbul and Ankara, and other international flights from several different destinations. It’s also linked to international land roads that connect it to the rest of the Turkish states. The city is 12 hours away from Istanbul by land, and 9 hours from the Turkish capital Ankara.

Trabzon is generally classified as a medium to a cheap city in relation to the cost of living in major cities and states in Turkey, such as Istanbul, Ankara, and Izmir.

Trabzon is one of the first Turkish tourist cities and is famous for its scenic natural attractions, such as the famous Uzungöl Lake and the charming countryside of the city, in addition to the historical and archaeological sites in the state.

Transportation in Trabzon is based on public transport buses that cover all places in the state, so that public bus stops are spread throughout the city, in addition to minibusses and taxis.

Trabzon has 3 universities that teach tens of thousands of local students and hundreds of foreign students. The universities in the city are: 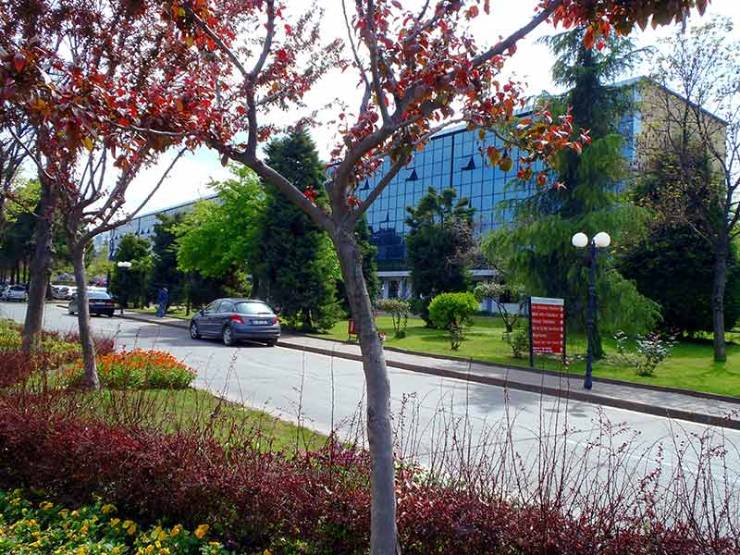 It’s a public university established in 2018, it includes 7 faculties, academic and professional institutes, in addition to translation and research centers.

The university includes more than 32 academic programs distributed among 7 specialized faculties as well as many graduate and research programs. The most important faculties at the University of Trabzon are the Faculty of Law, the Faculty of Sports Sciences, and the Faculty of Economics and Administrative Sciences.

The University of Trabzon is locally ranked 163 at the Turkish university level, and 9173 at the level of international universities.

Trabzon University fees are low for Turkish and foreign students compared to private universities, being a public university.

read more: Living In Turkey For Students And The Best Cities In Turkey To Study

Karadeniz University is locally ranked 26th at the level of universities in Turkey, and 1560th at the global level.

In comparison to private universities, Karadeniz University fees are moderate and cheap, because the university includes qualitative, scientific and technical disciplines such as engineering, human medicine and information technology. 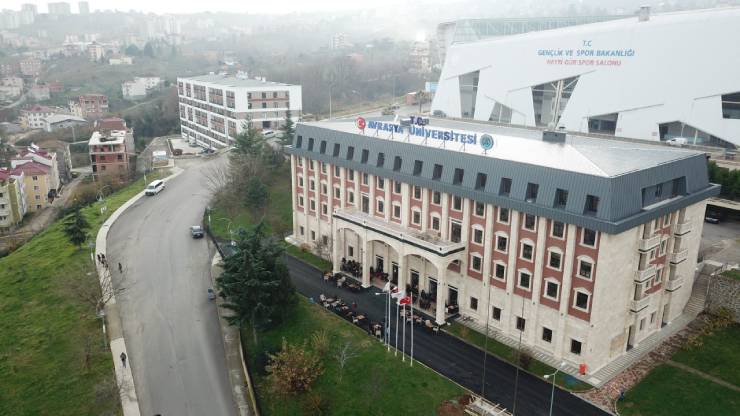 It’s a private university that was established in Trabzon in 2010.

Eurasia University in Trabzon includes more than 26 majors of study spread over 5 major faculties, the most important of which are the Faculty of Engineering and the Faculty of Economics and Administrative Sciences.

Eurasia University in Trabzon is ranked 183 at the level of Turkish universities and is ranked globally at 11,301.

Eurasia University fees are considered medium to high-cost since it is a private university. However, in general, it is low cost for foreign students, due to the lower cost of university tuition fees in Turkey compared to universities in Europe and the Middle East.

Residential complexes near universities in Trabzon

Imtilak Real Estate company provides a group of real estate projects located close to universities in Trabzon, through the company's branch and its own team in the city. Some of the most important of these projects are:

The Best International And Arabic Schools In Trabzon

Prices Of Apartments In Trabzon In Dollars And Turkish Lira

2,787
Search for your apartment