The Turkish President announces the largest residential real estate project in the history of Turkey during a speech at the Presidential Complex in the capital, Ankara

The Turkish President reveals the details of the largest housing project implemented by the Housing Corporation Toki in Turkey, follow the details via Imtilak Real Estate.

The Turkish President announced the largest housing project in the history of the Turkish Republic, which will guarantee real estate ownership opportunities for low-income, young people who are about to marry, families of martyrs, invaders, and the disabled in Turkey.

The residential project, which is one of the largest real estate projects that will be implemented by the Turkish government through the Toki Foundation within 5 years, starting from the beginning of next year, will include the construction of 500,000 homes, 250,000 plots of land with an area of ​​between 300 and 500 meters, equipped with habitable infrastructure, and 50,000 special places to work in 81 Turkish states.

In this context, the state of Istanbul will account for the largest share of the housing project, as it will contain 50,000 housing units, while the Turkish capital, Ankara, will have 20,000 units, and Izmir will have 15,000 housing units. 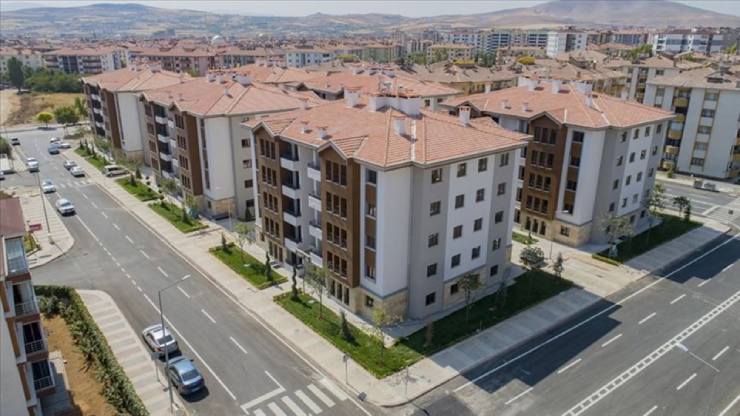 The total value of the housing project is 362 billion TL

The construction of the residential project is scheduled to take place according to a set of phases. The phase of this project will start on September 13 and extend for two years. During this period, work will be done to build 250,000 apartments, 100,000 habitable land, and 10,000 workplaces.

The total value of this housing project, which targets more than 1.5 million people in all Turkish states, has been estimated at 362 billion TL and will create economic activity in the country by providing 100,000 jobs in various Turkish states.

According to statements made by the specialist in real estate affairs at Imtilak Real Estate, Mr. Badr Eddin Mardini, he believes that the construction of this huge real estate project by the Turkish government is a very important step in the real estate and investment development in the country, and it will increase the volume of demand on the real estate market, and cause In opening the doors of real estate investment in Turkey wide in the coming years.

Mardini believes that the huge residential project, whose construction will begin at the beginning of next year and end in 2028, will not change much of the rise in real estate prices in Turkey at the present time, and will not have any negative impact on real estate sales to foreigners in Turkey.

On the other hand, the Turkish Minister of Environment and Urban Planning, Mr. Murat Kurum, confirmed that the prices of apartments in Turkey began to decline with the announcement of the huge social housing project in all Turkish states.

It is worth noting that the Central Bank of Turkey estimates an increase in the prices of apartments in Turkey at a rate of approximately 145.5% within a year, and the price of a square meter of housing has reached about 12,000 TL, while some real estate sources stated that the increase in real estate prices in Turkey ranged between 100 and 300%, according to region, residence, and state.

2,764
Search for your apartment