The most important infrastructure projects in Alanya and their advantages

The most important infrastructure projects in Alanya and their advantages

Advantages of infrastructure projects in Alanya

The beach city is located on the Mediterranean coast and administratively belongs to the famous state of Antalya in Turkey, where the city of Alanya is 138 km from the center of Antalya to the east.

The city of 1.5 km² is distinguished by its modern and developed infrastructure. As one of the important tourist cities in Turkey, which is famous for its summer resorts, which attract Russian, British and German tourists for summer and recreation on the shore of the Mediterranean Sea, and the city's beaches are ranked globally among the clear and clean blue beaches.

The most important infrastructure features in Alanya:


How have infrastructure projects evolved in Alanya in recent years?

With the city's tourism boom, Turkish law allowing foreigners to own real estate in Turkey, and granting Turkish citizenship to foreign investors worth $400,000 in the country's real estate sector, Alanya has flourished with residential and tourism projects.

The construction companies embarked on huge housing and tourism projects, taking advantage of the beauty of the city overlooking the Mediterranean Sea and the desire of foreign investors and meeting their requests to buy real estate.

Read more: Investment Guide Of All Kinds In Alanya, Turkey 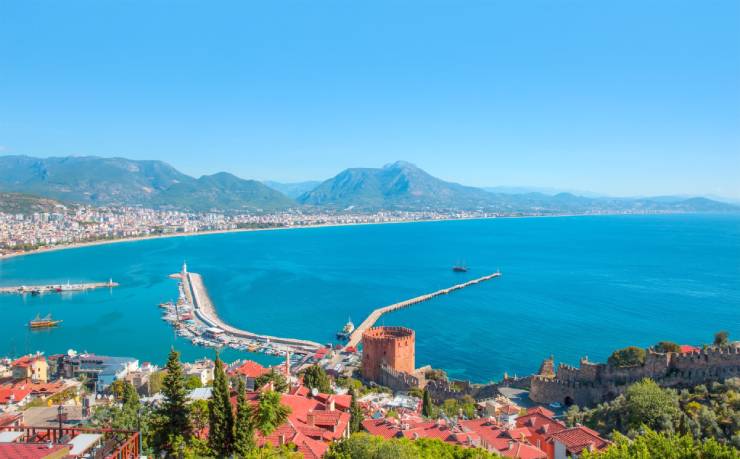 What are the most important infrastructure projects in Alanya?

Alanya is linked to the state of Antalya through the international road D400 that passes through it. This road connects the city with the rest of the states in Turkey. Alanya is also characterized by a modern and developed internal road network that connects all parts of the small city to each other.

Various types of public transportation operate in Alanya, including public buses that cross all parts of the city in four well-known itineraries, in addition to minibusses (dolmuş) and taxis.

Due to the smallness of Alanya and the short distances between the different areas of the city, it has no railways and metro within the city, but there are plans for a railway project linking the city itself with the railway linking the Turkish states to each other.

Starting from the mountainous topography of Alanya, where the city permeates parts of the Taurus Mountains overlooking the Mediterranean, some roads are inside the mountain in the form of tunnels that connect parts of the city to each other.

There are many public and private institutes and schools for all levels of study in the city. It also includes two universities, namely, Alanya Alaaddin Keykubat State University, and Alanya Hamdulla Emin Paşa Private University, in addition to various language institutes.

Governmental primary care centers (family doctor clinics) are spread in all districts of Alanya. The city also includes a private central government hospital, in addition to many private hospitals with high ratings in the quality of services provided and the availability of specialized doctors.

9. Essential services and facilities for the economy

Alanya with its simple civil character doesn’t have shopping malls and huge malls, as in the states and large Turkish cities. However, it includes small commercial centers and malls that serve the same purpose in collecting the pleasure of shopping, and the city of Alanya is also distinguished by its historical popular markets such as the Friday market near the port city.

What are the future plans for infrastructure projects in Alanya?

Alanya is steadily expanding and growing day by day; as a result of the activity of the large construction companies in the city, where the housing and tourism projects meet the great demand of Turkish and foreign citizens on the real estate market in Alanya.

Based on this, the investment value of the city is increasing over time, and in parallel with this development in Alanya, infrastructure projects are developing to provide the best services to the population, and the city is also based on future projects for its infrastructure that will make it one of the best Turkish cities on the Mediterranean coast.

You may like also: Properties For Sale In Antalya Within The Area Of Alanya 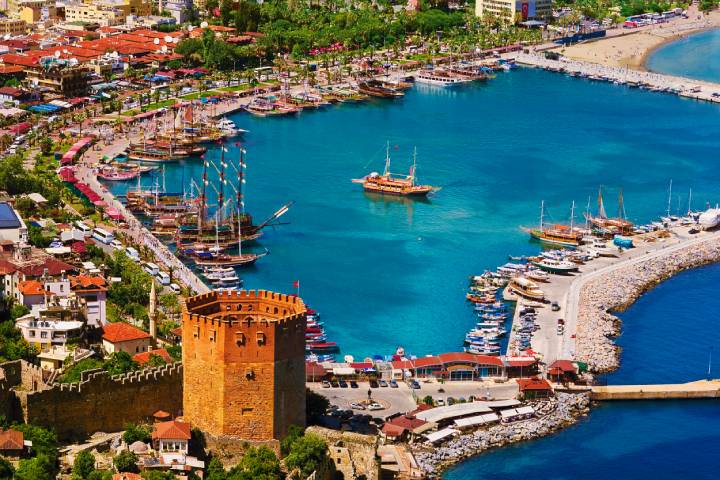 How does Alanya's infrastructure affect its investment value?

The best-serviced areas in terms of infrastructure in Alanya

The area is located in the city center, where tourist and historical places are located, such as Cleopatra Beach, the National Museum, the commercial markets, and the yacht harbor on the Mediterranean Sea, in addition to the famous Alanya Castle.

Modern urban areas, in which there are high-end residential projects and complexes, which include recreational and recreational facilities for residents, in addition to modern malls and shopping malls.

It is 3 km away from the city center, and these complexes are inhabited by many foreigners from Europe, especially from Scandinavia and Germany.

It is one of the most famous areas of Alanya, and it is considered one of the modern urban areas, and Mahmutlar area witnessed, and the area includes many luxury hotels and resorts and is inhabited by many foreign nationalities, such as Russians, Arabs, Germans, and Dutch.

It is 8 km from the center of Alanya, and the famous Dim Çayı River passes through this area, which is distinguished by its charming nature, and the area is considered one of the modern urban areas.

The most important projects offered by Imtilak Real Estate company in Alanya at the moment are:

Learn about the best hospitals in Antalya, their locations, departments, and the quality of services, as well as the res...