A comprehensive guide about Antalya's most important infrastructure projects and features. Find out about the stages of infrastructure development in Antalya in recent years.

What Stands out for Antalya's infrastructure projects?

Antalya is one of Turkey’s largest cities. Antalya, with its 19 provinces, is an important tourist city with a charming Mediterranean beach view.

Every year, millions of tourists from the world's coldest regions, such as Russia, Ukraine and western Europe, visit Antalya, seeking relaxation on Antalya's warm seashores and high-end resorts and hotels.

Antalya has, therefore, been associated with being an important tourist attraction globally with interest from the Turkish government and the private sector regarding infrastructure projects, to provide and develop services to tourists and residents.

Antalya is one of Turkey's most advanced cities in infrastructure projects, with the state having a city-specific airport, receiving direct international and domestic flights, tramways serving the city, metro and rail projects, as well as seaports, yacht ports and commercial and tourist ships ports.

Antalya’s infrastructure is modern and developed, constantly evolving with large projects that are always built in the state. 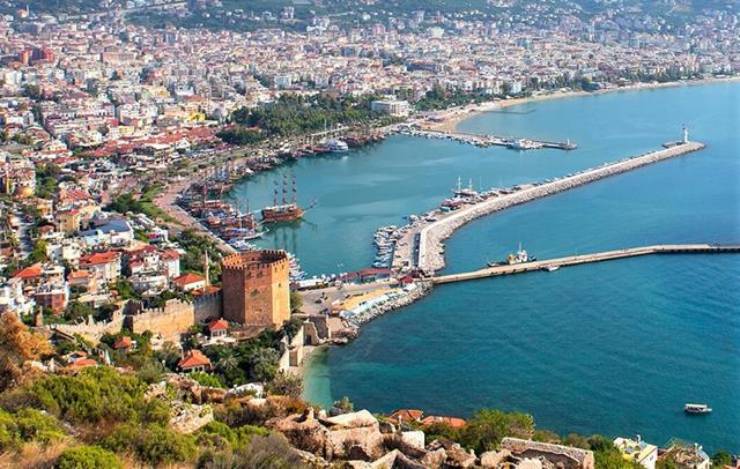 How Have Antalya's Infrastructure Projects Evolved in Recent Years?

Antalya has witnessed a major urban renaissance in recent times, due to the great desire of Turkish and foreign citizens to live in the city.

This has led to increased activity by construction companies and investors to establish residential and tourism projects. Antalya has seen an active movement in the real estate market resulting from the high demand for real estate in the city, to invest, settle or even obtain Turkish citizenship by taking advantage of the Law on the Granting of Turkish Citizenship to Foreigners, worth $400,000.

This development has been associated with the economic situation and investment facilities that the Turkish government is working on intending to raise the country's economy, reflecting on Antalya's infrastructure, an increase in the number of commercial centres, main roads, schools, hospitals and universities, and health and electrical extensions and communications.

What Are Antalya's Most Important Infrastructure Projects?

Antalya has a modern and sophisticated road and transport network that connects the areas within the state and connects the city's most important vital points, as well as connecting the city to the rest of the Turkish states through two international roads passing through the state: the D400 and the D650.

Antalya can also be reached by sea, through its international and local seaports, as well as the city's airport. Antalya relies on many types of internal transport:

- The tramway line, which passes through most of the main areas of the city, consists of two main lines and two sublines.

- Ship travel, through the historic yacht port, or the modern harbour of the city

- Public buses, through stations throughout the city

- Minibuses with their routes, reaching the city's alleys

Within Antalya, tramway lines extend through four lines, two main lines and one sub-line, with the tramway lines connecting the state's main and historical places.

It is expected that it will take only 5 hours to arrive from Istanbul to Antalya after the completion of the express train project and 3 hours from Antalya to Ankara.

The mountains in Antalya and the high areas are part of the city's topography, so many of the state's road networks are within tunnels that shorten distances and facilitate movements and access to different areas of the city.

Antalya’s Metropolitan Municipality is working on a huge project in collaboration with local technology and telecommunications companies, as the city seeks to join the Smart Cities Association globally.

This comes through the creation of sophisticated network infrastructure and the Internet, connecting it to a public service provider through smart networks and control systems.

Antalya has educational institutions at all different stages, from schools to public or private colleges, universities and institutes. It has a number of international schools and language education centres, including English, Russian, Arabic, Turkish and German.

Each of Antalya's 19 districts includes state government hospitals, and each district has a government primary health care centre, as well as hospitals and private clinics.

Antalya has many massive shopping malls, as well as tourist and leisure resorts, restaurants and cinemas, and the most important brands of international hotels.

Antalya also hosts the most important international exhibitions held annually in the city, as well as festivals, celebrations and tourist seasons organized by local authorities or private companies. 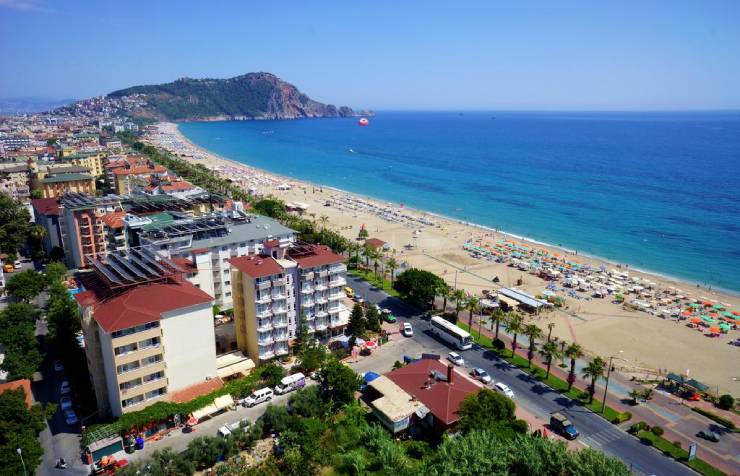 What are the Future Plans for Infrastructure Projects in Antalya?

Antalya's infrastructure projects are still at their peak, including the railway lines and residential projects, most notably the Antalya Grand Project.

The city seeks to mainly improve the city's status to be one of the main cities locally and internationally.

As part of its long experience in the Turkish real estate market, Imtilak Real Estate has been keen to work in the city. Our team provides the most important exclusive real estate opportunities at competitive prices to customers wishing to invest in real estate in Antalya, Turkey.

Read more about: Real Estate Prices In Antalya, Turkey In 2022

How Does Antalya's Infrastructure Affect the Investment Value of the City?

Thanks to a large number of infrastructure projects (under construction) in Antalya, it is thriving in investment real estate opportunities. So Imtilak Real Estate experts highly recommend buying real estate in Antalya, as it has profitable returns in the near, medium and long term.

Read more the guide of: Properties For Sale In Antalya Turkey 2022