The most important infrastructure projects in Bursa and their advantages

The most important infrastructure projects in Bursa and their advantages

What distinguishes infrastructure projects in Bursa?

Bursa is the fourth most inhabitant city in Turkey and one of the most important Turkish industrial cities, which is the center of Bursa Province.

Bursa is located in northwest Turkey, within the Marmara region, between the cities of Istanbul and Ankara. The population of Bursa was 3,147,818, according to official statistics until the beginning of 2022.

Bursa is described as one of the most developed and civilized Turkish cities in various economic, investment, and social aspects, in addition to being rich in natural and historical wealth, and being one of the most important tourist attractions in Turkey.

How have infrastructure projects developed in Bursa in recent years?

According to the media, there may not be another city in Turkey that has undergone a rapid transformation like Bursa! Only 50 years ago, this ancient Ottoman capital was known for its historical city and its green nature.

When the automobile industry was established in Bursa in the late 1960s, the city's transformation into an industrial center began.

The "green city" of Bursa, which has long been known as the automobile capital and industrial center in Turkey aims to focus more on tourism, agriculture, and high-tech products, and the city has inspiring examples of this, which we will discuss in the folds of this article.

What are the most important infrastructure projects in Bursa?

Among the most important infrastructure projects in Bursa, we mention the following:

Since Bursa is a large and important city in terms of economy, investment and tourism, its transportation is well developed and sophisticated, and it is also very diverse, as will appear with us in the coming paragraphs. 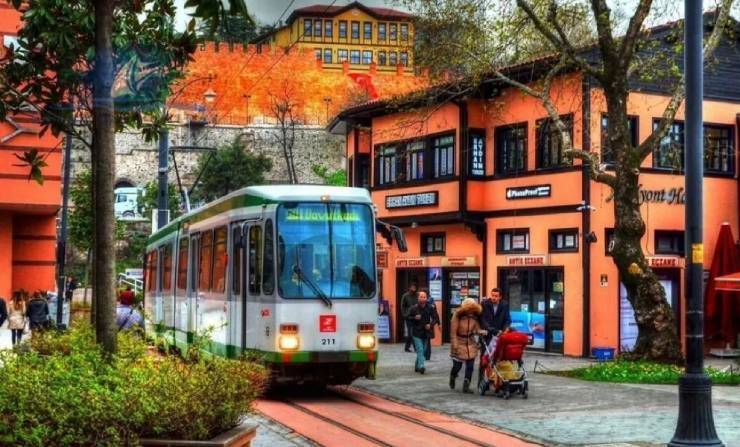 Bursa Airport is a civil airport located in the city of Yenişehir. It is approximately 45 km from the city of Bursa, and most of its flights are domestic, except for some direct international flights in the summer, such as (flights to Kuwait).

The reason for not using Bursa Airport is due to the proximity of Sabiha Gökcen International Airport to the city of Bursa, where it is estimated that the arrival to Sabiha Airport from Bursa does not exceed an hour and 30 minutes, especially after the opening of the new bridge (Osmangazi Bridge), which greatly shortens the distance and time.

The metro line in Bursa is described as the second-best means of transportation in Bursa, and it is the second most used means after buses.

Bursa has a light railway system connecting the Uludağ University campus in the farthest location in the city, to the easternmost district of Kestel, and the city center with the industrial areas in the northwest, and a third line is under construction, but this railway system is built on the highways to Izmir, Ankara, and Mudanya, thus represent only an alternative to the expansion of the city which concentrates in road traffic.

Bursa has two trams in the city, one of which runs around the heart of the old city and the other on its east-west axis. 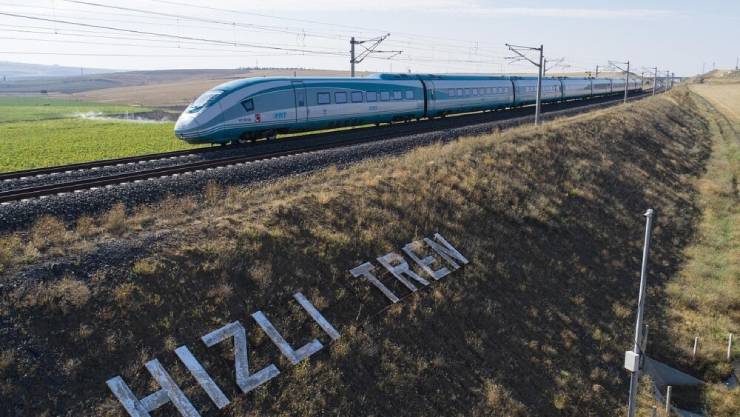 The infrastructure updates that Bursa is witnessing undoubtedly require a number of strong ground infrastructure, especially with regard to metro, tram, and bus lines.

Like the rest of the large Turkish cities, Bursa has strong services in the telecommunications and the Internet sectors, as it ranks fourth after Istanbul, Ankara, and Izmir, and has an industrial area described as the capital of furniture!

It also has tourist areas are visited by tourists from distant places; in an industrial and tourist city like Bursa, there must be a special interest in communications and the Internet, to facilitate tourism, industry, and related services, in addition to the large number of residents residing in Bursa.

For the same reason mentioned in the previous paragraph - the importance of Bursa, its largeness and its location among the major Turkish cities, and its economic, industrial, and touristic position - the interest in water and sewage networks and everything related to infrastructure, there is no doubt that it will receive great attention in Bursa.

Bursa is one of the major Turkish states that pays great attention to education at all levels. The infrastructure is very strong in terms of the presence of educational institutions equipped with the latest technology and includes a range of cultural facilities such as model classes, and educational laboratories, not to mention recreational facilities, such as sports playgrounds and swimming pools.

In addition to the strong infrastructure, the schools in Bursa have a good teaching staff that qualifies them to provide the highest levels of education for students and organize many events, activities, and cultural competitions, which push students to further excel in their classes.

In view of some figures related to the reality of school education in Bursa, we find a tremendous educational activity, and large numbers of students receive education at various school levels, as some statistics monitored the presence of 1,652 schools, 577,545 students, and 3,266 teachers of all educational levels in Bursa. 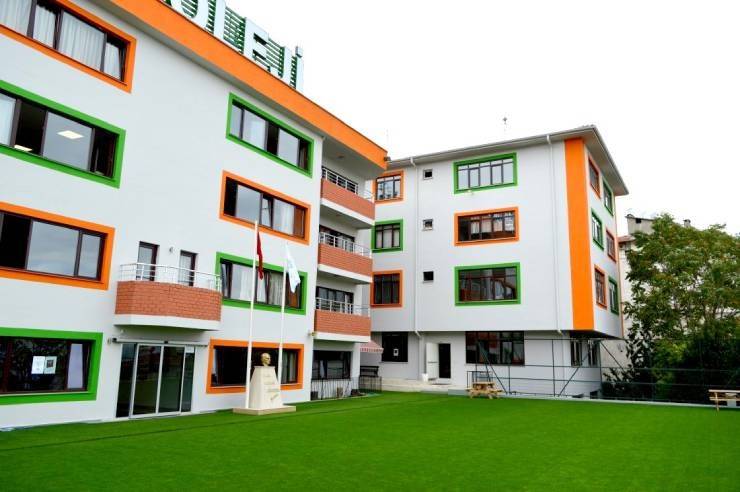 9. Services and facilities essential to the economy

As of 2018, 21 organized industrial zones were built in Bursa, in addition to two giant car factories, and many other cars and commercial bus manufacturers and spare parts producers.

Bursa industries account for 10% of Turkey's exports with more than $14 billion, and it provides a foreign trade surplus of $6 billion.

What are the future plans for infrastructure projects in Bursa?

The future plans of major cities in Turkey with regard to infrastructure projects are characterized by the aim of continuous expansion and modernization and increasing their durability, in order to facilitate business and attract various investment opportunities.

Among the future plans for infrastructure projects in Bursa, we find the inauguration of a new high-speed train project that serves 30 million passengers annually, the (Bursa-Osmanli) express train project.

The Turkish Ministry of Transport and Infrastructure said in a statement that "the tunneling works in the (Bursa - Yenişehir - Osmanli) express train project are continuing quickly, and that this project will add new strength to industrial and agricultural investments and enhance the economy in Bursa."

"It is expected that 30 million passengers and 59.7 million tons of cargo will be transported annually," the statement said. The ministry explained: "The length of the railway line is 201 km, as the line includes 7 stations, 18 tunnels, and 31 bridges."

How does the infrastructure in Bursa affect the investment value of the city?

There is no doubt that the investment value in a region is negatively or positively affected by the infrastructure in it, whether it is strong or weak. Therefore, it becomes clear to us that the strong infrastructure in Bursa will greatly affect the increase in the investment value, which will give the green city (Bursa) additional value and a strong balance that makes the city an important investment haven in various fields.

The best-serviced areas in terms of infrastructure in Bursa

Among the best-served areas of Bursa with its infrastructure, we mention the following:

In 2016, the municipality of Nilufer, in Bursa, was awarded the "European Diploma" Avrupa Diploması award to rank it among the top 12 municipalities, among more than 27,000 municipalities of 47 European Council member states.

Nilüfer is one of the most developed and modern municipalities among the central districts of Bursa.

Nilufer area gains additional privacy with its large commercial malls, important shopping malls, Fatih Mehmet Sultan Street, which is rich in high-end stores and restaurants with delicious dishes, playgrounds, modern sites, luxurious neighborhoods, in addition to proximity to the seaside, and the captivating natural beauty of Ulubat Lake, especially in the forest area.

A highway passes next to Gemlik, which connects the area with Bursa and Yalova to Istanbul, which provides a link with other areas.

Among the most important projects in Bursa that Imtilak Real Estate company offers to clients wishing to invest in the areas we mentioned in Bursa, we mention the following:

The project consists of two buildings, each with a height of 6 floors, and contains 29 apartments, green spaces, open parking spaces, and a children's playground. The apartments consist of 3 rooms and a hall, with an area of ​​135 m², with prices starting from $84,000. 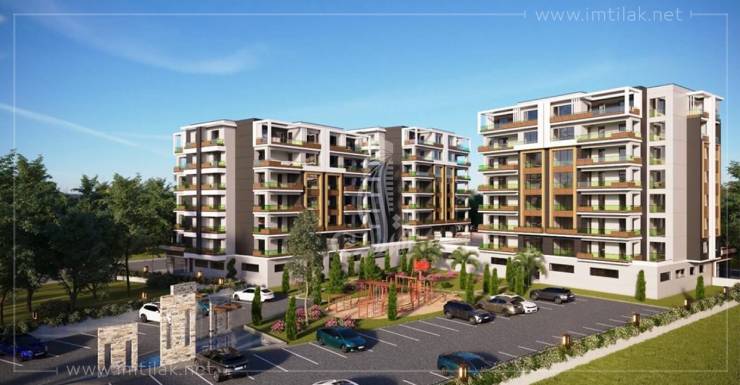 The project's land area is 5,820 m², and the garden area in the project is 3,492 m². It consists of 3 buildings, each with a height of 6 floors, with parking, a fitness center, and a children's playground.

Bursa City
Transportation in Bursa, Turkey: its types and the most important features

Learn about transportation in Bursa in terms of its types (private or public) and its quality, whether it covers the ent...

Your comprehensive guide to buying an apartment in Bursa. Find out about prices, the best areas, and how to buy the most...

Bursa City
The Most Affordable Apartment Prices in Bursa 2022

An updated guide to the cheapest apartments for sale in Bursa in 2022. Discover the most important areas of Bursa and th...