The Historical Grand Bazaar in Istanbul

Learn about Grand Bazaar in Istanbul, one of the most historical icons and an attraction to many tourists where modern and history meet in one place.

The Historical Grand Bazaar in Istanbul

When we talk about the Grand Bazaar in Istanbul, the speech will be an attempt to grasp the hidden secrets that are being spread there among the old market alleys, secrets that attract tens of thousands of visitors every day from all over the world.

"It is the heart, the brain and the spirit of Istanbul." With these words, Nobel Prize-winning poet Joseph Brodsky described the great market in his book Trip to Istanbul as a city within a city built in the past.

The Grand Bazaar in Istanbul is still as unique as one of the oldest trade centers in the world. Once you enter it, history dates back 550 years.

Where the first closed part of the Bazaar was built in the middle of the 14th century by order of Sultan Mohamed Al-Fateh in 1461, and it took about four years to build, and then Sultan Sulaiman al-Qanuni expanded it in the sixteenth century. 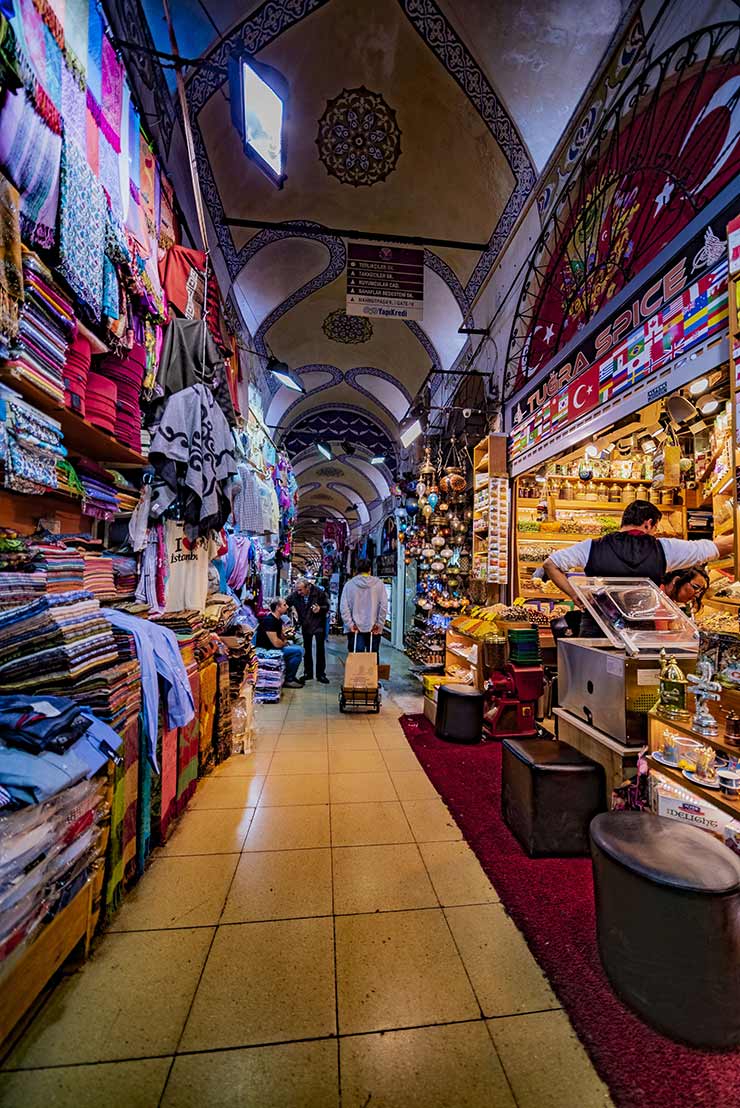 It was also a center of the stock exchange during the Ottoman era, but it was subjected to many fires and earthquakes, which caused a lot of damage, especially the earthquake in 1894, and after these disasters have been restored several times to maintain the architectural structure.

Grand Bazaar: The Most Tourism Attraction Place in Istanbul

The US Time magazine described the Bazaar as being ranked among the most visited historical places in the world. According to the study, the Bazaar reaches 91 million and 250,000 visitors a year. Some other studies estimate that there are about 400,000 visitors a day!

The Grand Bazaar is located in Beyazid, the heart of Istanbul, within walking distance of Hagia Sophia and the Blue Mosque, as well as a number of popular attractions. 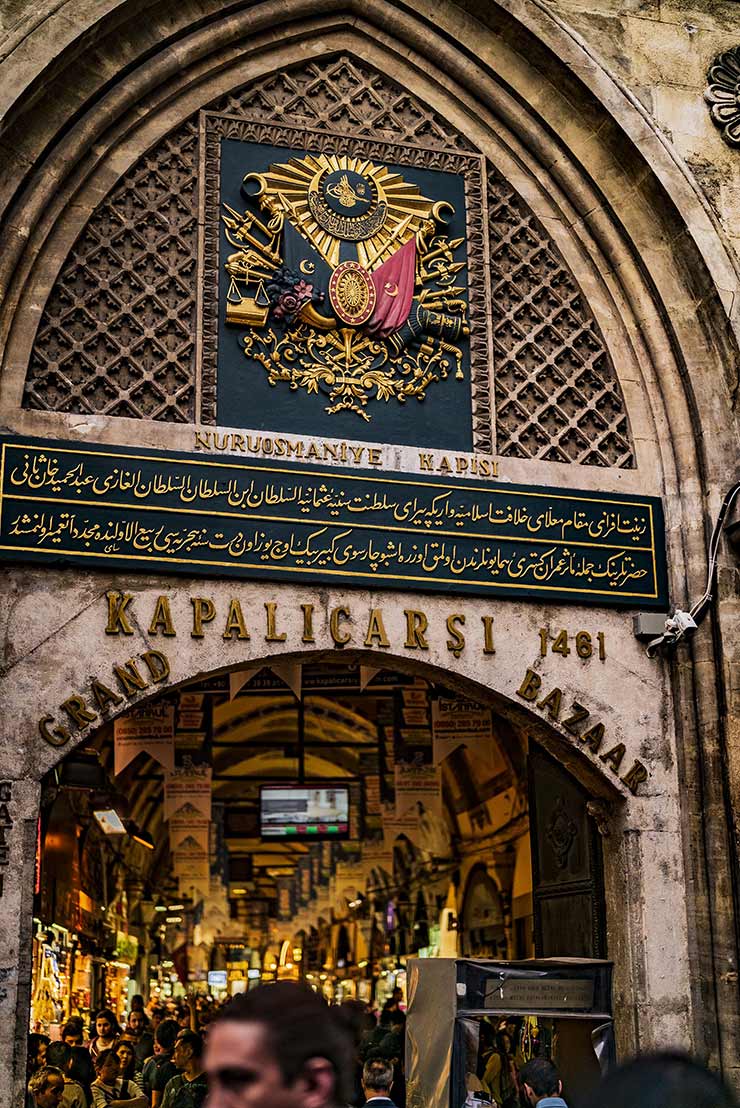 In the Grand Bazaar, you will experience a unique shopping pleasure that you will not find in Istanbul's major malls. The Grand Bazaar covers an area of 40,000 m2. It is characterized by roofed ceilings, arched ceilings that appear as an architectural and artistic hoop that attracts attention, and enchants the viewers with its unique architecture and beautiful colors.

When you enter the market you will feel that you are in a labyrinth of alleys, not the first one or the other, so be guided by a professional guide or a precise map of the entrances to the market and its exit. 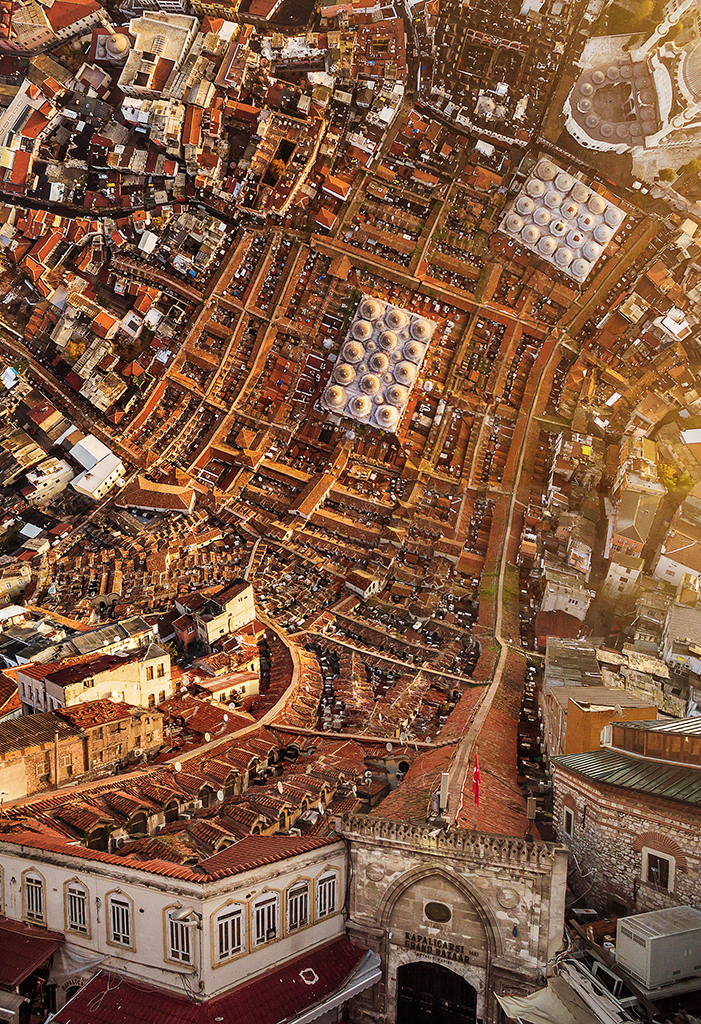 The Grand Bazaar in Istanbul: Where Turkish Coffee Aroma Spreads

If you enter the roofed market or the Grand Bazaar in Istanbul, you will not leave before you get enchanted by the Turkish coffee that is full of aromas, where the smells of the coffee grind, and penetrate the old alleys, penetrating crowds of passers-by, tyrannizing the smells of spices that are also emitted from the shops of the spices sellers. 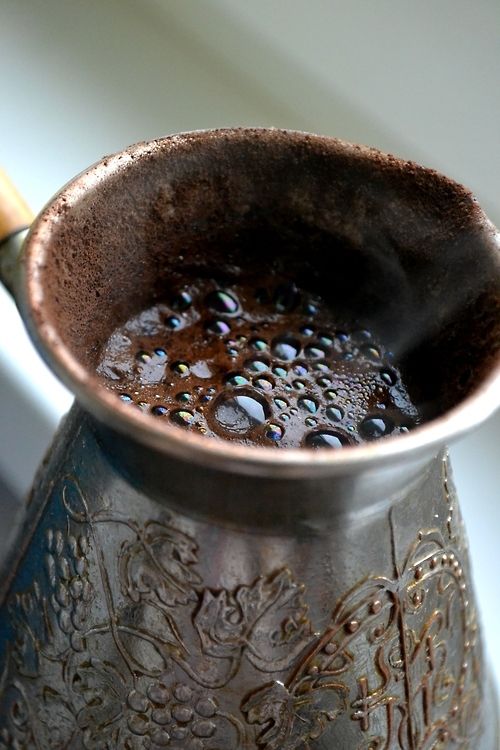 Several small shops have been set up in the Kapalıçarşı market to cater to the needs of coffee lovers and coffee makers. The coffee accessories are made of cups, jugs, brass cups and boilers.

Turks knew the coffee in 1543 by the Ottoman governor of Yemen, who used to drink there and brought it to Istanbul at the end of his rule, where he became famous in Turkey and moved to Europe. 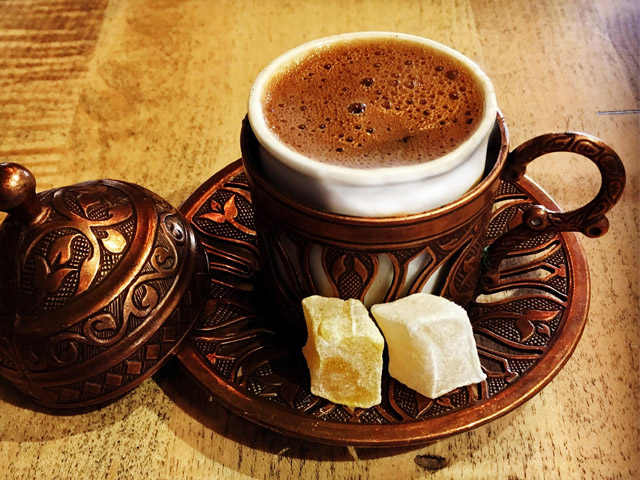 Coffee experts point out that the difference in taste between Turkish coffee and other coffees is due to the way they are prepared and the roasting period they take.

Turkish coffee is famous for its rich flavor, attractive aroma, and its relatively heavy taste, which is sour somehow, and this is due to the fermentation of its grains well.

The coffee is also characterized by a long roasting and grinding process that produces a soft brown powder which distinguishes it from other types of coffees.

The Best Things to Buy in Grand Bazaar?

In ancient times, the roofed market consisted of many handicrafts. The owners of each craft gathered together somewhere in the market. There were streets selling leather goods and furniture, and others made traditional Turkish delicacies such as Turkish delight. 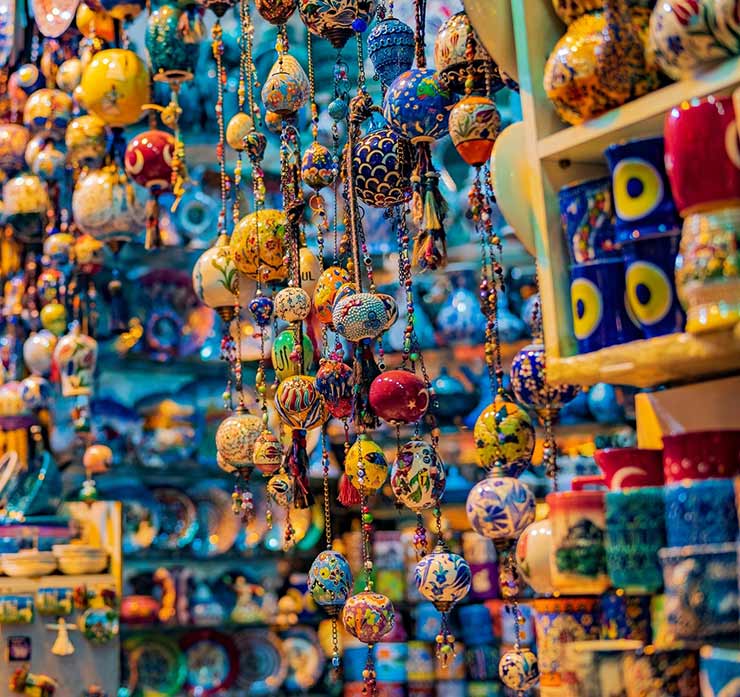 Therefore, each alley is named according to the name of the craft in which the owners work, for example, there is the gold street, the copper street, the carpenter street, the Blacksmith Street...

Sellers often resort to attracting customers and tourists through crafty methods to convince them to buy gifts such as antiques and sweets. 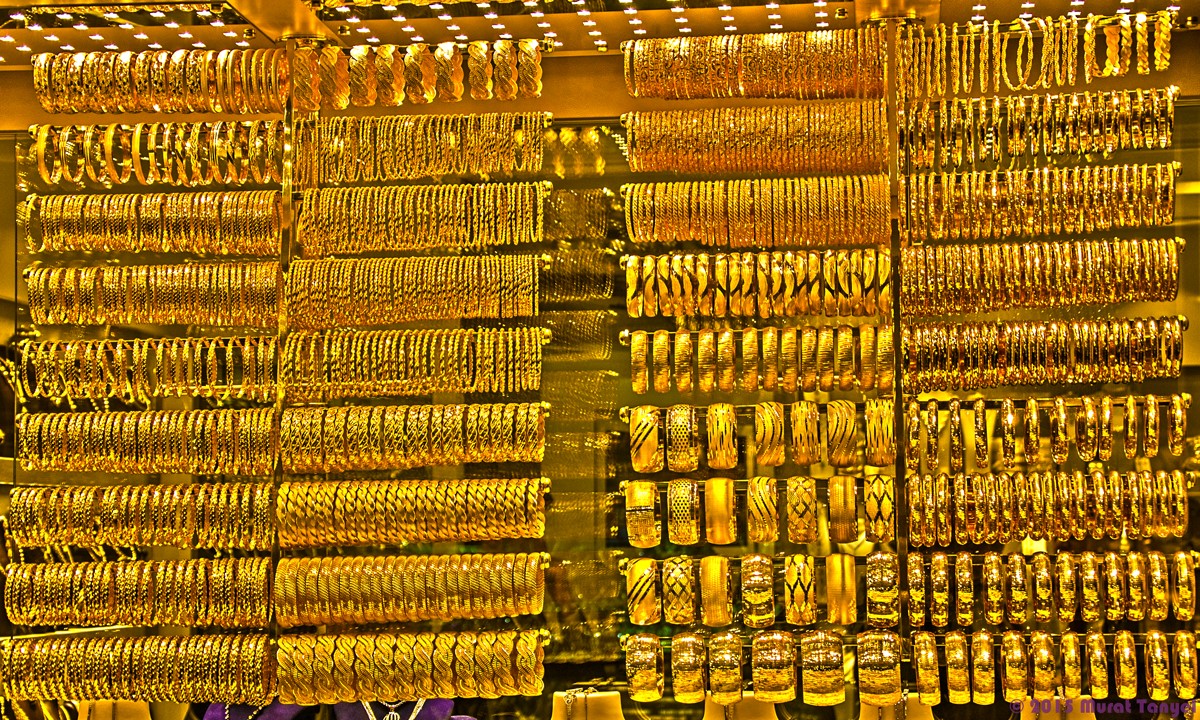 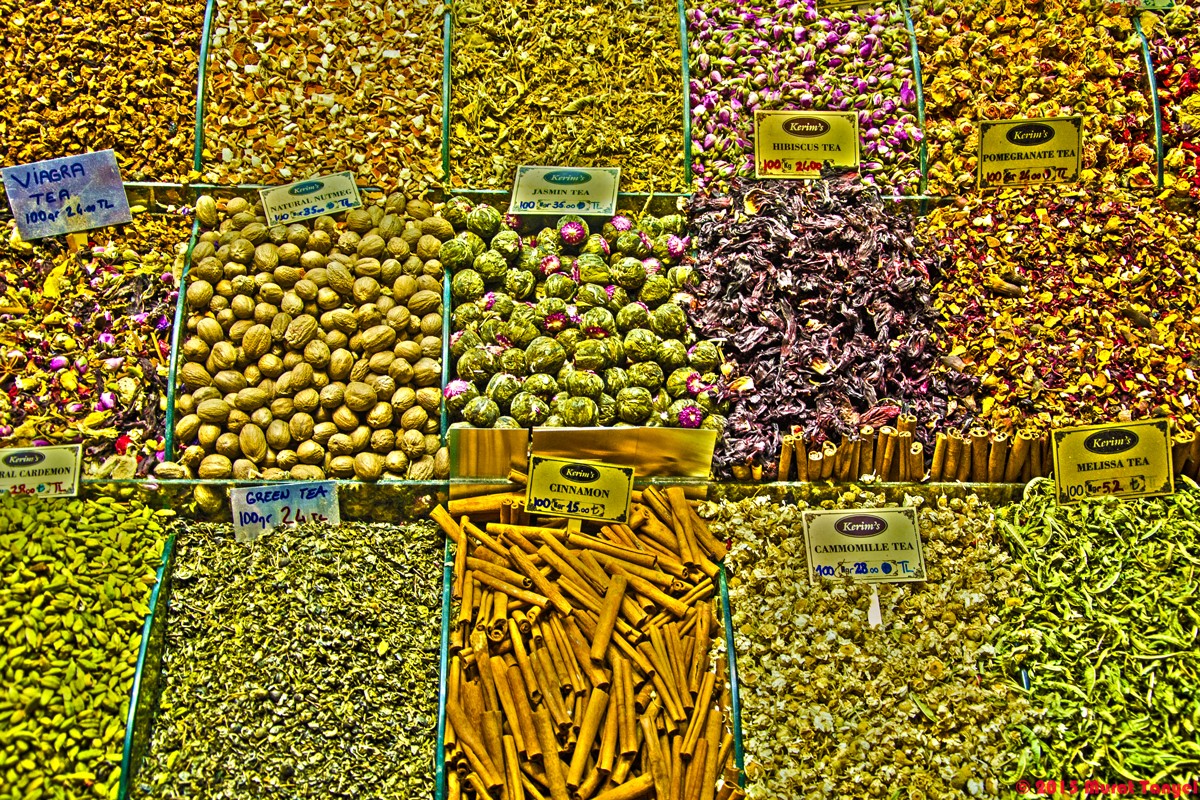 This is in addition to what the market offers of different types and stuffs that meet the needs of the tourists who wish to buy them.

Many shops in the market turned into something resembling small archaeological museums. 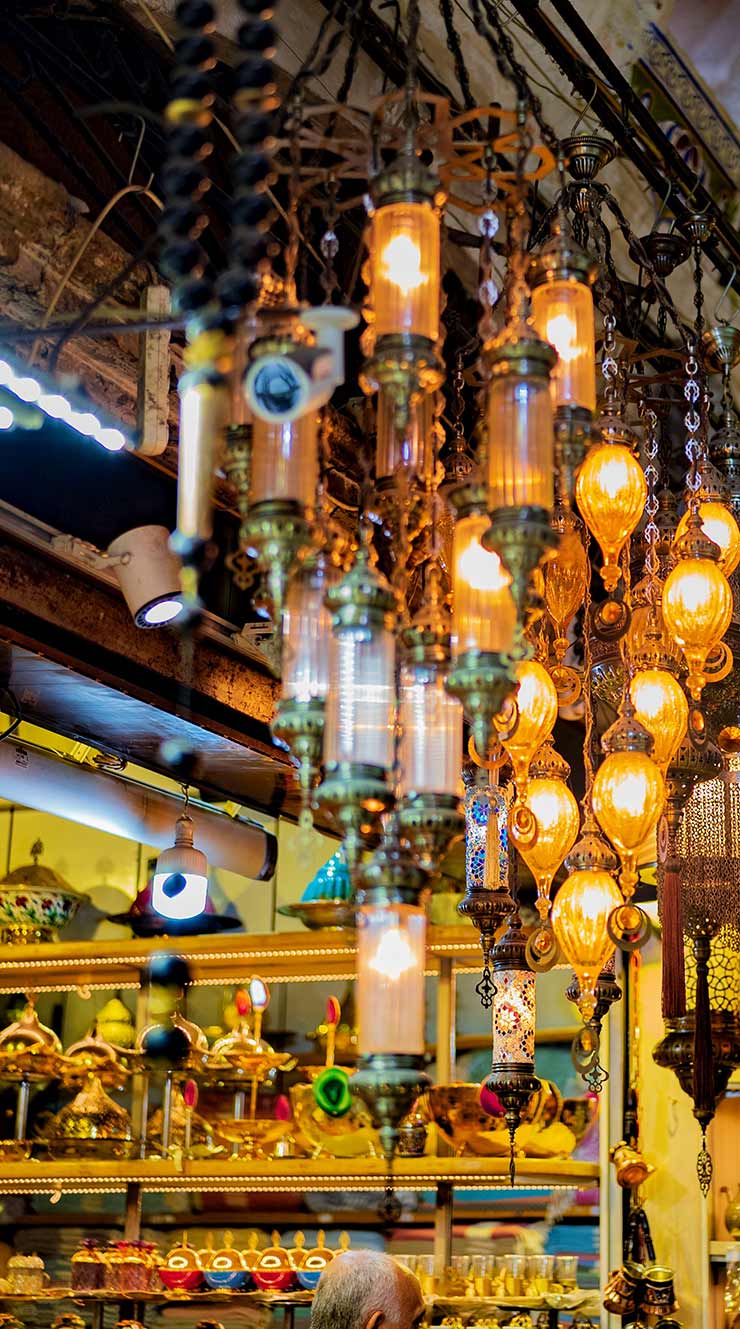 Glance at the Prices in Grand Bazaar in Istanbul

The prices of shops within the grand bazaar are among the most expensive in Istanbul and perhaps in Turkey as well, due to their archaeological value and the heavy tourist demand as well. 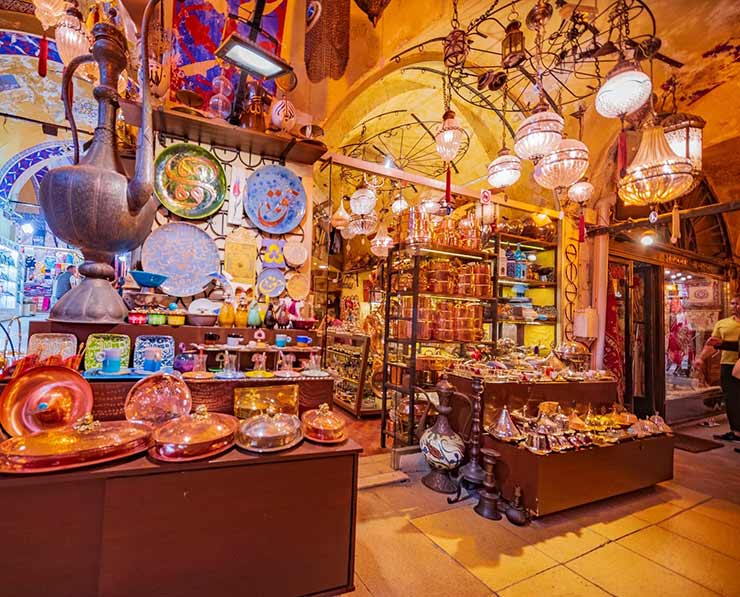 Where some of the shops in the grand bazaar have expanded their activity and have commercial relations with international production companies. They sell historical and special leather garments for use in the production of documentaries and historical films.

It is famous for example that a shop has more than 155 years of deals with the largest production companies in Hollywood to import clothes and fabrics from it for use in the film business, and the Turkish production companies to buy it for its famous series such as Ertuğrul resurrection!