Learn about the Arsin area in Trabzon in terms of location, weather, and infrastructure, and also read about the advantages of buying an apartment, and living in Arsin, Trabzon, with Imtilak Real Estate.

An overview of the Arsin district in Trabzon

Arsin, Trabzon has a charming view of the Black Sea, and contains luxury residential complexes, within large areas. The city center is located on the waterfront, Arsin is characterized by its somewhat sloping terrain, and many tourist facilities have opened in it along the coast in recent years.

The location of Arsin district in Trabzon

As for the geographical extension of the Arsin region, it is at a longitude of 39-50 degrees in the east, and a latitude of 40-50 degrees in the north, and the internal structure of the Earth consists of sloping structural layers.

The Arsin region in Trabzon is surrounded by several famous regions in that beautiful state. It is bordered by the Araklı region to the east, the Yomra region to the west, and from the south, it meets the Gümüşhane State, While the northern side of Arsin district is the area that overlooks the beautiful Black Sea through Arsin, Trabzon beach.

What distinguishes the Arsin region of Trabzon?

As for the weather in Arsin, Trabzon, and the regional climate of the Arsin region, it is very similar to the prevailing climate in the Black Sea region, which has a moderate climate in summer, and relatively cold in winter, and what distinguishes this climate is that it is suitable for receiving tourists throughout all seasons of the year.

Among the most important features of the Arsin area in Trabzon is its location on the coastal strip linking the state of Trabzon and the state of Rize. The most beautiful countryside in the Black Sea region, where the Arsin region combines the beauty of the sea, and the greenness of the mountain.

Given that the Arsin region is close to the coastline on the Black Sea, it embraces many residential complexes built according to the highest construction standards, and with the latest modern specifications, including what may overlook the Arsin, Trabzon corniche, in addition to the rural houses spread in different parts of the region. The Arsin region is described as a tourist area par excellence, as there are many forests with trees wrapped together, as these forests constitute about 6,362 hectares of the total area of ​​Arsin. 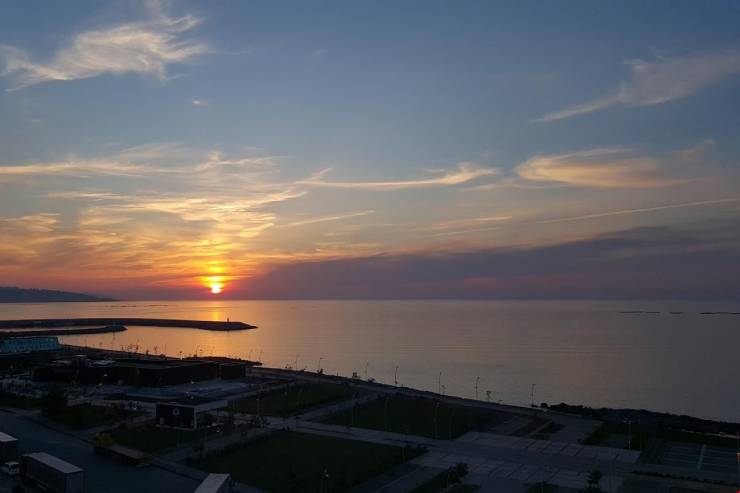 Advantages of owning and living in Arsin, Trabzon

One of the things that distinguish the Arsin area is the various service institutions, social and health facilities, shops, and various recreational centers, including restaurants and cafes, that meet the needs of residents and tourists alike.

The Arsin region is also one of the tourist areas that embraces vast green gardens overlooking the stunning views of the Black Sea, and since it belongs to the city of Trabzon, the gem of the Black Sea, it takes a large share of its beauty. In addition to the advantage of Arsin's proximity to the famous tourist places in Trabzon, such as Uzungöl Lake, Sümela Monastery, and other charming Trabzon landmarks, which add other advantages to owning in Arsin, Trabzon.

The Arsin region is also characterized by the tilted mountainous lands in the coastal areas in general, and this tendency increases when moving towards the interior parts, until the degree of slopes in some villages reaches 70%, which may give rare views to those wishing to own property in Trabzon, and in the Arsin region in particular.

Infrastructure in Arsin district in Trabzon

The Arsin district in Trabzon has witnessed a renaissance and a transformation at the level of infrastructure, after it turned into an independent municipality center directly affiliated to the metropolitan municipal center in the state of Trabzon, which means an increasing interest in the main arteries of civil life, foremost of which is public transportation through buses. Public transport, through its stations in Trabzon, in addition to minibusses and taxis.

In addition to the foregoing, the positive transformation that occurred in the Arsin region due to its independence as a municipality directly affiliated to the city of Trabzon, also means the expansion of interest in educational centers from schools designated for all educational levels, offices designated for reading, and cultural centers dedicated to lectures and scientific seminars.

In the same context of the improvement of infrastructure in the Arsin district of Trabzon, we mention clinics, public and private health centers, family health centers, as well as a large public hospital known as Arsin İlçe Devlet Hastanesi. 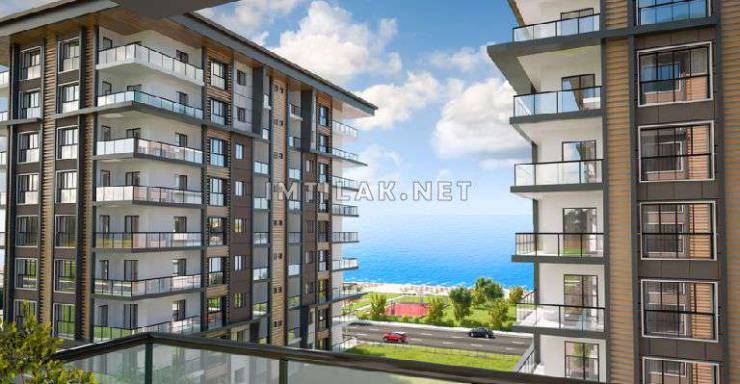 Real estate in Trabzon is described as somewhat cheaper when compared to other major Turkish states, such as Istanbul, Ankara, as well as Antalya. We often receive many questions about the prices of apartments in Trabzon, and we at Imtilak Real Estate say that there are some factors that affect the prices of Arsin Trabzon apartments, for example, the apartment’s location and its specifications play a major role in determining the price of the apartment, and the type of apartment and the area have an impact on real estate prices in general.

In addition to the foregoing, the state of Trabzon, which has witnessed a great tourism renaissance in recent years, has had a positive impact on the prices of apartments, in a way that meets the needs of investors.

As usual, Imtilak Real Estate company was at the forefront in providing services to those looking for information about Turkey, as well as for investors wishing to own property in Trabzon, Turkey as it opened an office in Trabzon, working to provide the necessary services by allocating a team of professionals in the field of real estate, to follow up on the process of buying and selling an apartment in Trabzon, starting from the moment of arrival at the airport, and ending with your receipt of the property.