All you need to know about Mudanya district in Bursa

Have you heard about the Mudanya district in Bursa? Learn about it in detail and the advantages of housing, owning, and investing in it. Learn about it via Imtilak Real Estate.

All you need to know about Mudanya district in Bursa

An overview of the Mudanya region in Bursa

Mudanya is one of the important and prestigious areas that attract the attention of investors and tourists in Bursa, due to the large number of real estate projects that have been established in it in recent years, and the various tourist attractions that include natural areas, historical places, marketing malls, entertainment centers, and other tourist activities.

The area of ​​Mudanya is about 346 square kilometers, with a population of 102,523 people The region consists of one town (Tirelia town), 36 villages, and 8 neighborhoods.

The Mudanya region prevails in the region of the Sea of ​​Marmara region, where the weather is moderate in the summer, when the heat is at its strongest in August, while the temperatures drop in the winter, to be relatively cold, especially in February. in which the maximum rates of cold. 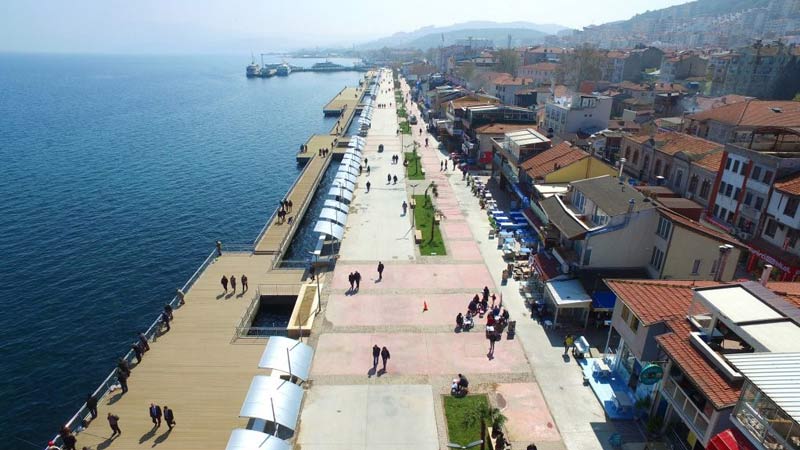 Where is Mudanya located in Bursa?

Mudanya occupies an important geographical location between the regions of Bursa, specifically in the northern part of the state. It has a charming view of the Marmara Sea. It is geographically located between longitudes 28-29 degrees east, and latitudes 40-41 degrees north.

It is bordered on the west by the Karacabey region, and it is joined to the south by the regions of Osmangazi and Nilüfer, and it is adjoined to it from the east by Gemlik, and it is surrounded on the north by the Gulf of Gemlik. 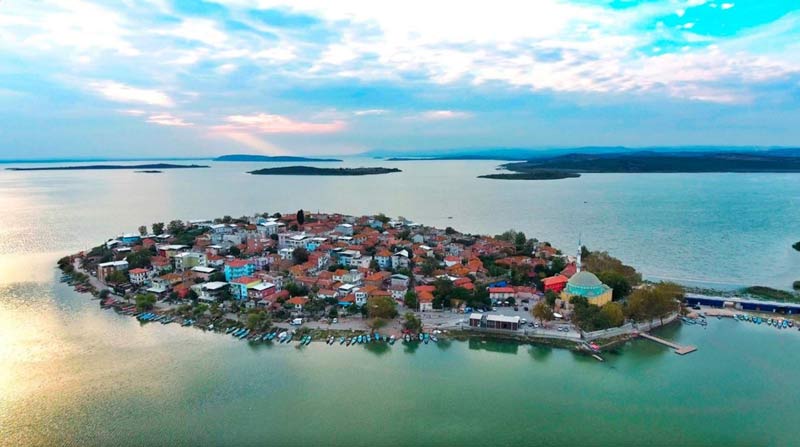 The infrastructure available in the Mudanya region constitutes a strong starting point for living in this region, as it provides the residents with high-end services at all levels:

Universities and Schools in Mudanya, Bursa

Mudanya has a large group of public and private schools, dedicated to various educational levels, in addition to other technical schools that provide students with the opportunity to learn various types of professional, technical, and commercial specializations. The number of schools found in different areas of Mudanya can be known through the following:

Regarding universities in this region, Mudenya University was established, after obtaining approval from the Presidency of Higher Education in Turkey, and it will open its doors next year to students in various disciplines, such as the faculties of engineering, architecture, design, social sciences, and health sciences.

One of the most important health centers in the Mudanya region is the government hospital named after the same region, which is equipped with a set of modern medical devices and contains a distinguished cadre of doctors in all medical departments, with a total area of ​​15,805 m2.

In addition to this government hospital, there are many clinics and health clinics, which are distributed in separate areas of the Mudanya region, and provide medical services to the residents in those areas.

These popular markets cover various areas in Mudanya, and with the planning of the Mudanya Municipality, they distribute their work to include all days of the week as follows:

Among the marketing centers available in this area is Özdilek Bursa, which is 6 km from Mudanya, and includes many shops and restaurants, and an entertainment center that includes a set of free and paid games suitable for young children.

The best tourist places in Mudanya

Hasan Bey Cultural Center contains an ancient hammam built by Hasan Bey in 1652, and it was restored many times with the contributions of businessmen in the area. It is also known as "the upper bath" or "the old bath" by the residents of Mudanya. In addition to this ancient bath, a mosque was built that includes in its courtyard the tomb of Hasan Bey.

The ancient city of Myrleia

The ancient city of Myrleia is located on a flat hill called Hisarlık, located 1 km southeast of Mudanya. According to historical records, this area was founded by the Kolophonlular who came from Ionia in the seventh century BC.

The ancient city was discovered during construction excavations in 2012 and includes a group of archaeological columns, which indicate the civilizations of past nations that passed and lived in these lands throughout history.

This church, which is one of the best tourist places in Mudanya, has attracted the attention of foreign tourists from various European countries, as it is mentioned that the columns of the Kemerli Church, which is very important to the Orthodox world, were brought from the city of Alexandria in Egypt.

The four columns in the church take arched shapes and are built on basic pillars, for this reason, it was called the Kemerli Church. On the roof of these columns, there is a dome studded with ornamental capitals that give the church a beautiful view.

This church, which was rebuilt in the thirteenth century AD, is known to the general public as the Little Hagia Sophia, as it contains many inscriptions, decorations, and paintings that create eye-catching images in the church. 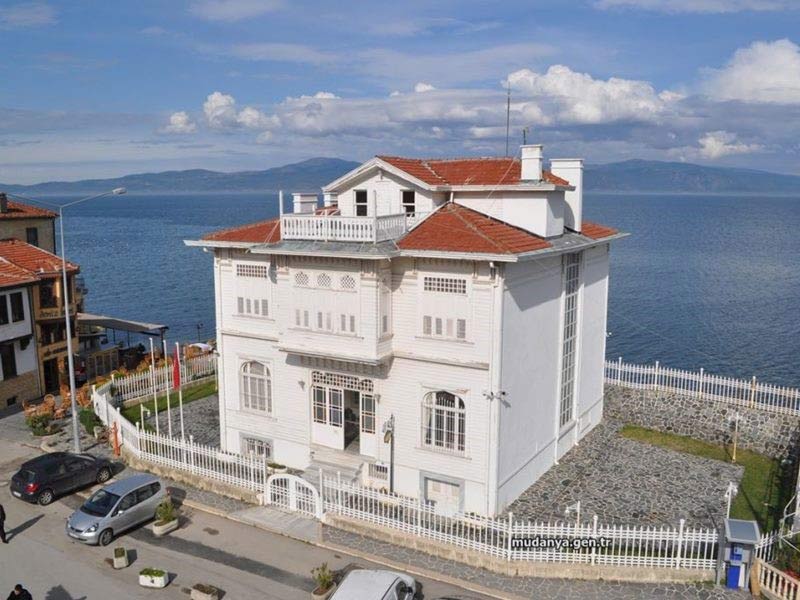 In addition to this church, some other churches attract foreign visitors, such as the Archangel Church, Epistemology Church, Hugos Stephens Church, Drakoy Church, Mudanya Orthodox Church, and Tyrlia Church.

The most important tourist areas in that region include:

Aside from the historical and cultural centers available in Mudanya, it has beautiful nature and clean air and has a large seacoast overlooking the Sea of ​​Marmara, so it provides an ideal environment for those who wish to spend a quiet holiday, and enjoy the beauty of green and blue nature.

What are the advantages of living in the Mudanya district of Bursa?

The moderate climate that extends almost all year round in this region, the natural landscapes in which it is available besides the Mudanya Bursa Coast overlooking the Marmara Sea, and the geographical proximity to Istanbul in general, are various factors that encourage living in the Mudanya region of Bursa.

The geographical environment that Mudanya has is one of the most important reasons that push the lovers of agricultural activities to live in this region and establish an agricultural project in it, thus providing job opportunities in this field, and enjoying a comfortable and comfortable life away from the hustle and bustle of traffic in major cities. 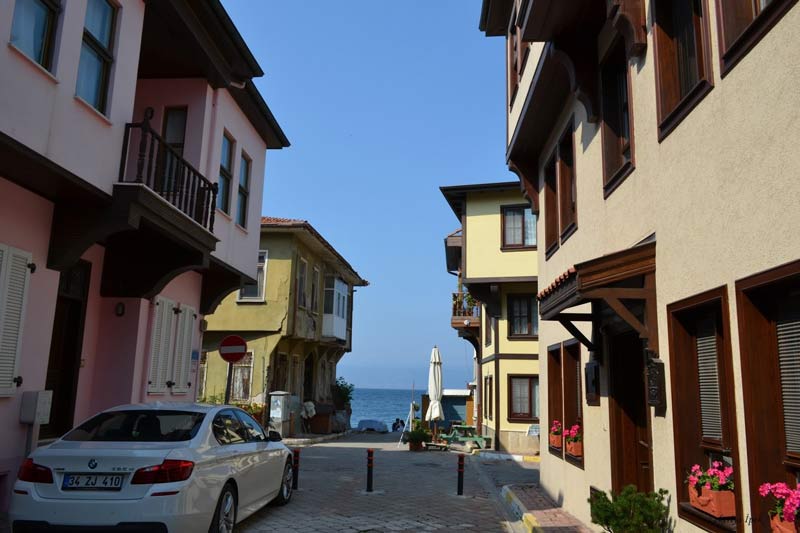 What are the advantages of owning an apartment in Mudanya, Bursa?

How about owning an apartment with a charming view of the Marmara Sea? The prices are cheaper than in other areas in Bursa or Istanbul.

The idea of ​​owning an apartment in Mudanya seems to be a wonderful thing, and a guarantee of a comfortable life in this region, especially with the religious, historical, and cultural heritage that it enjoys, the climatic and geographical characteristics of this region, and the richness of the prominent tourist attractions in it.

A general overview of the prices of apartments in Mudanya, Bursa

The prices of apartments in Mudanya, Bursa are affected positively or negatively by the real estate market in Bursa and are related to many factors such as the specifications of the property, its geographical location, and the surrounding area in general.

However, to give a general idea of ​​the prices of apartments in Mudanya, we can highlight a model of a 3+1 apartment with a total area of ​​146 m2 in the Mudanya Colors project, where prices start from $58,000. 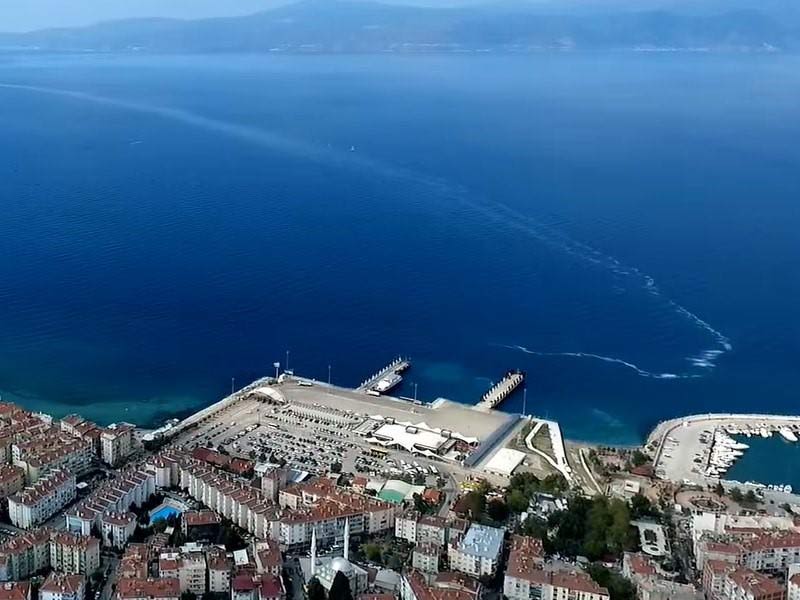 What are the prospects for real estate investment in Mudanya, Bursa?

The Mudanya area in Bursa has a solid ground that is required for the establishment of various real estate projects. The real estates are distributed in distinct areas, bearing investment colors, and are characterized by wonderful real estate components, and are waiting for businessmen to invest in them. Among the most important of these properties are the following:

Therefore, it is clear that the prospects for real estate investments are open in all its forms, waiting for those who invest in them. 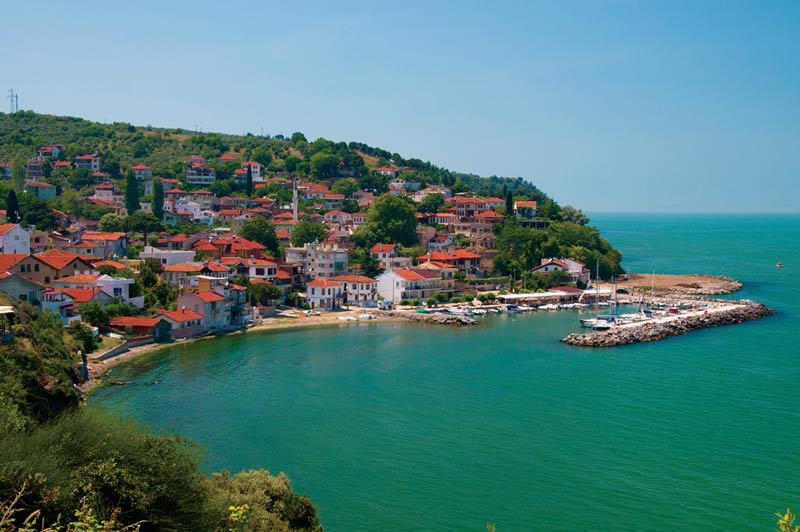 Imtilak Real Estate, the leader in the real estate market in Turkey, offers investors a variety of real estate projects, and many options of apartments, villas, and lands, which guarantees investors a wonderful ownership opportunity, and the ability to obtain Turkish citizenship by investing in a real estate in Mudanya.

Imtilak Real Estate has facilitated businessmen's access to real estate in Mudanya by offering competitive offers and multiple choices of real estate projects of all kinds, such as apartments within high-end residential complexes, independent houses, and luxury villas with distinctive sea views.

One of the most important real estate projects that Imtilak Real Estate offers to customers wishing to invest in the Mudanya region are the following: 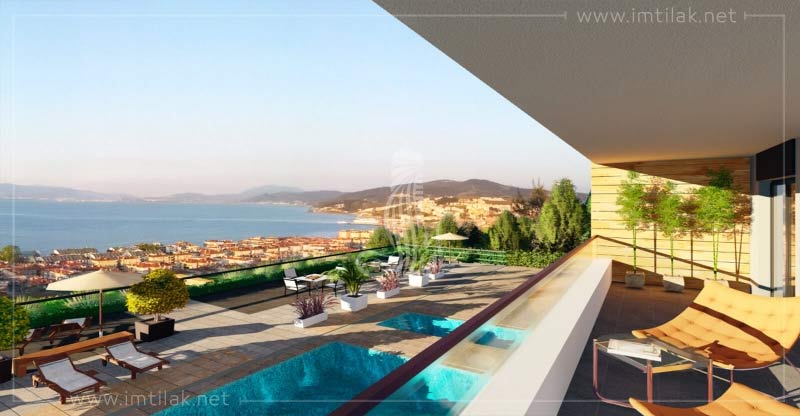 Bursa is one of the most important Turkish states that has a solid ground in terms of the volume of investments in various industrial, commercial, tourism, and real estate sectors.

The industrial components are available in it in every aspect, through the presence of one of the largest industrial cities, which provides job opportunities for thousands of people in Bursa.

In parallel with the industrial sector, the commercial sectors are witnessing great development in this city in recent years due to its proximity to Istanbul.

In terms of tourism, Mudanya Bursa is one of the most popular Turkish states for tourists throughout the year due to the availability of various tourist attractions that were mentioned earlier in this article.

The great urban development witnessed by Mudanya in particular and Bursa in general, which is reflected in the construction of residential complexes according to the latest urban models, and the presence of large areas of construction land in distinct geographical locations, which made the real estate sector at the forefront of the sectors that attract investors to the city of Bursa.

These combined reasons made foreigners come to the city of Bursa to work in trade or to establish commercial projects or desire tourism among its tourist attractions. 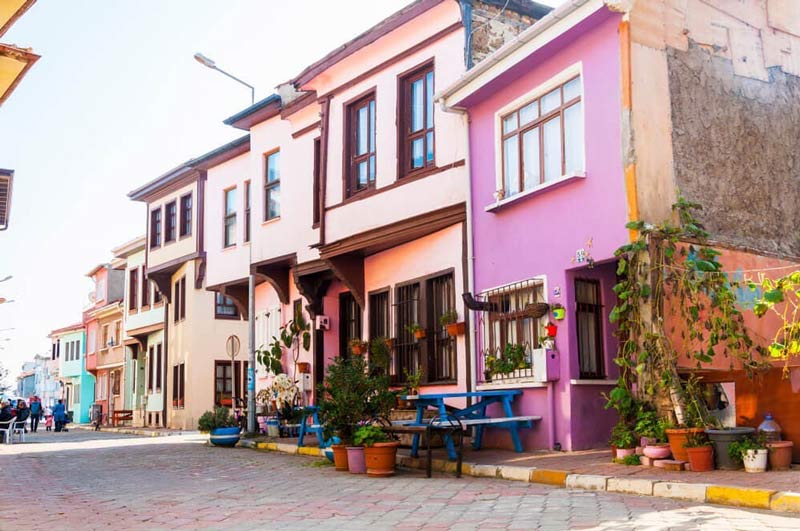 Other important information and topics, get to know them: