Everything You Need to Know About Bosphorus Striat

Istanbul is glittering with its European and Asian shores, separated only by the Bosphorus Strait of Istanbul as if it’s a sparkling vein from the veins of life or cause of its causes...

Everything You Need to Know About Bosphorus Striat

Istanbul is glittering with its European and Asian shores, separated only by the Bosphorus Strait of Istanbul as if it’s a sparkling vein from the veins of life or cause of its causes.

You hear about this city a lot, you look for it, you see it on the map, you visit it, and you become certain that there is no equivalent of this charming city!

The strait expands in the imagination of its lovers until it is named: the Bosphorus Sea in Turkey, moving from what is narrow to what is wider.

In a rare phenomenon in the world, and only once in the summer of each year, the Bosphorus changes its color from the usual dark blue to pure turquoise!

It is the color that the Ottomans have historically loved, and they have painted the walls of their mosques and painted the monuments of civilization from their structure, so you hardly see a building devoid of this distinctive color.

When orientalists noticed that Turks loved this, they called this color "turquoise" in the sense of the Turkish stone, because of its strong attachment to the monuments of their civilization. 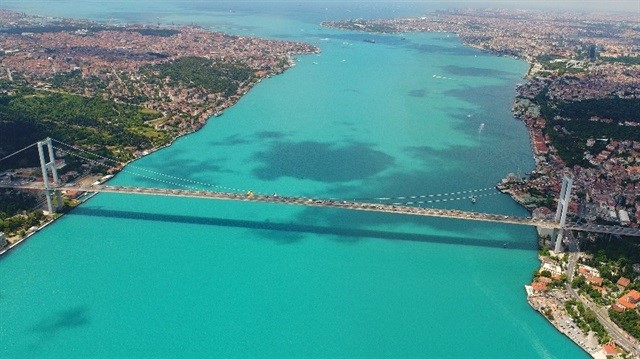 Bosphorus Strait- A Wonder Throughout History

The Rumelihisarı castle is located on the European side of Istanbul with a direct view of the Bosphorus, as its name indicates, it was already built with the intention of tightening the siege on the Romans just before the conquest of Constantinople, and was built by Sultan Mohamed El Fatih in only 4 months! 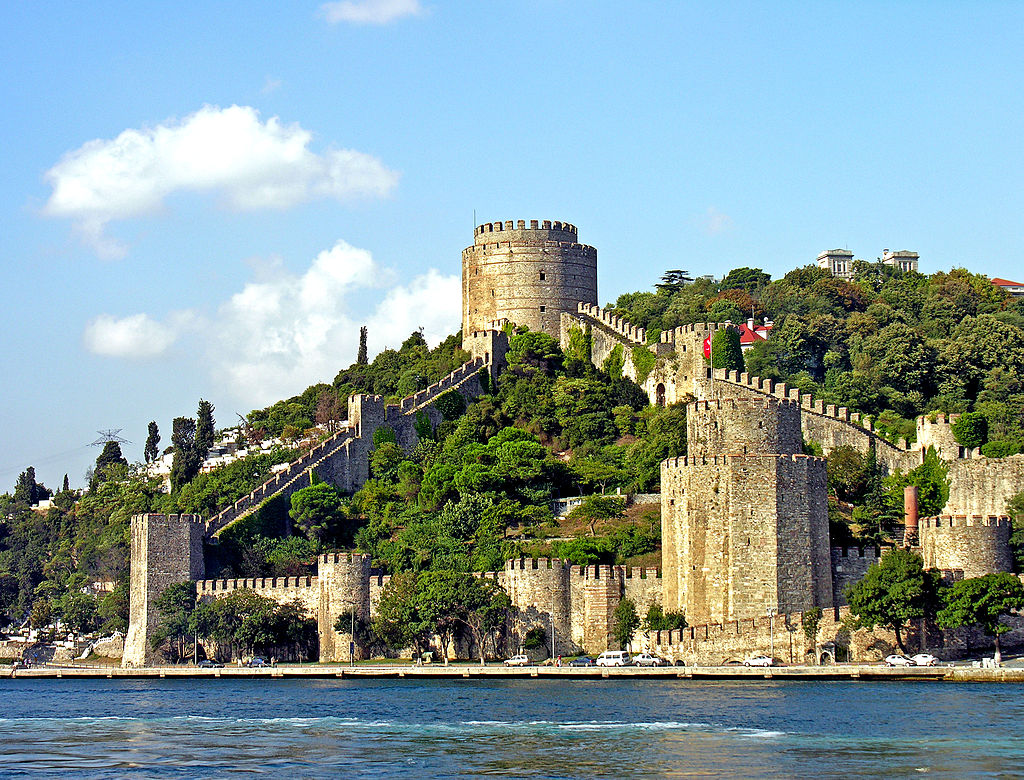 The castle is considered an architectural miracle in terms of speed of achievement, creativity, and design in line with the topography of the mountainous region!

The Bosphorus- The Nature at its Most

A combination of prestige and delight at the same time, on those who have the chance to see this majesty, will enjoy them. You will experience an exquisite delirium between greenery that has surrounded you where you are in the middle of the mountain and the blue of the unique turquoise color below you, all this with refreshing breezes coming to you mountainously, sometimes, and nautical at another time.

As of the most beautiful natural enchantments on the Bosphorus shores, it is enough to follow the footsteps of tourists, especially in the spring, to find yourself in a paradise of colors reflected in the park of Emirgan.

There, where the Tulip flowers enchant your heart, indescribable, especially after people of experience and art have put their magical touches to make it a wonderful place. 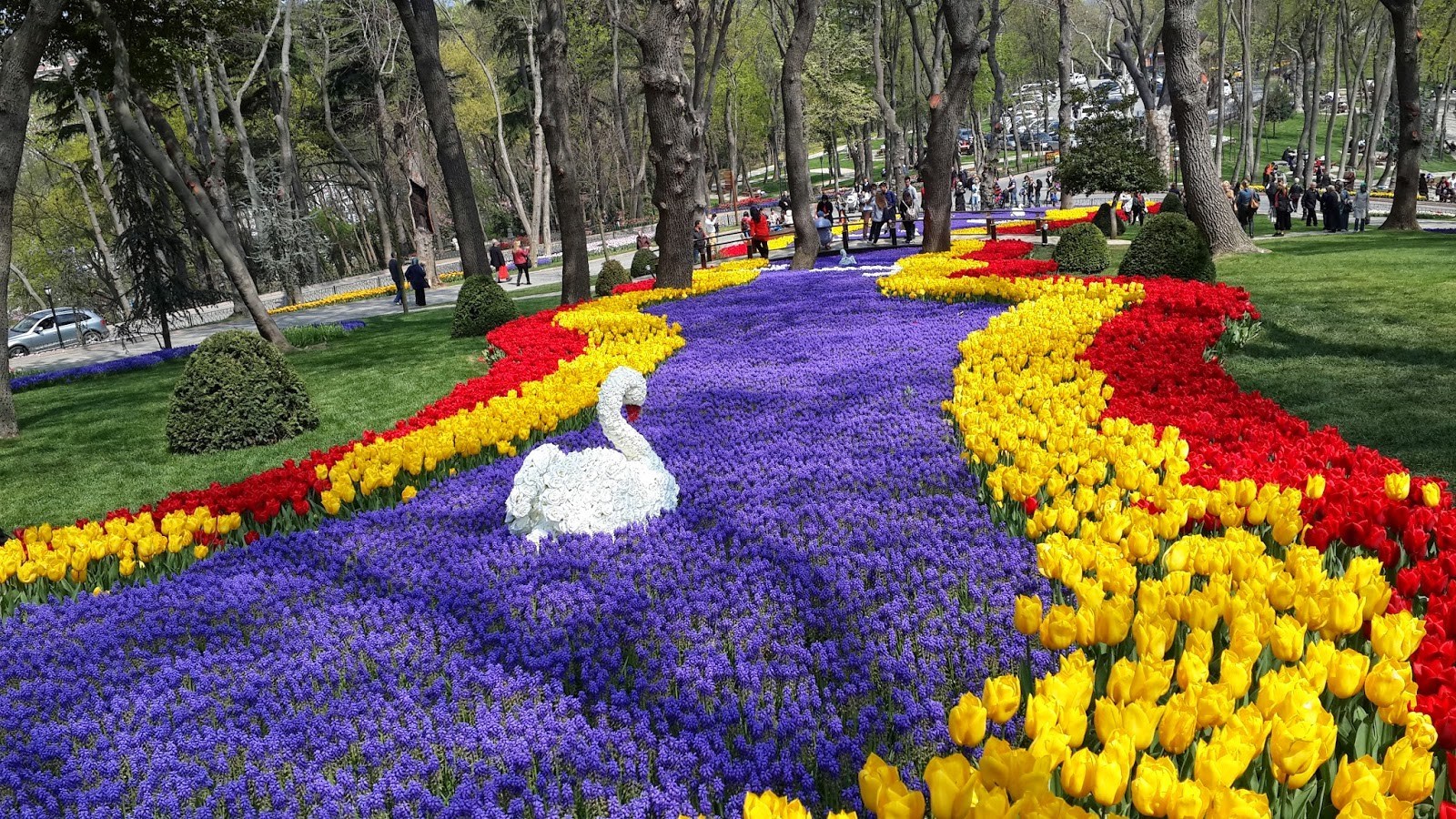 In Emirgân Korusu Park, you will be amazed by the many colors, as if they were poured on a carpet full of tulips.

This unique tulip flower that amazed the European people for the Ottomans transfer them to themselves, so it is not surprising if you know that historians have called the name of the tulip flower (Lale) on the golden period of the age of the Ottoman Empire (the era of the Lale). Where the sultans of that period took care of the arts, culture, and literature and ordered the cultivation of the tulip everywhere until the entire country became crowned with that flower!

As you walk along the Bosphorus in Turkey, you will notice those magnificent yachts anchored on its banks, next to luxury properties and historic or modern palaces, which makes the Bosphorus a destination for the elite and celebrities, so investors see it as an investment paradise in Istanbul and are looking for apartments for sale in Istanbul overlooking the Bosphorus.

Since the Bosphorus Strait separates the Asian and the European parts of Istanbul, It was necessary to find a practical way to travel between the banks of the Bosphorus instead of the usual shipping methods.

Many visions have been offered over the course of history to build a bridge linking the two parts of the city. In the Ottoman era, there were efforts to reflect the idea but it was not successful.

With the announcement of the foundation of the Turkish Republic in 1923, efforts by European companies to build a bridge between the two shores were resumed but none of them saw the light.

After that, three bridges were built on the Bosphorus Strait. The following information is provided below:

The first bridge was inaugurated on Bosporus Turkey on the occasion of the 50th anniversary of the founding of the Republic of Turkey on 30 October 1973.

It was known as the "Bosphorus Bridge" until the name was changed to the "15 July Martyrs Bridge" after the failed July 15 coup attempt in 2016. 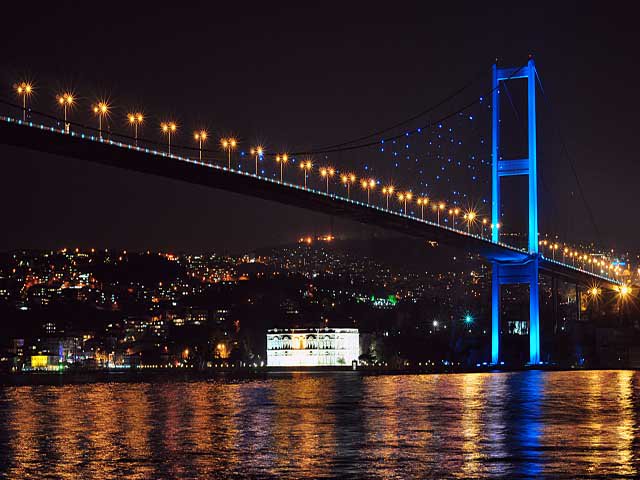 The bridge towers are 64 meters above the surface of the water. 1,560 meters long, the distance between the towers is 1074 meters, it is 39 meters wide and the cars pass on it through three ways back and forth. The cost of the Bosphorus Bridge was 21 million and 747 thousand dollars.

Since 1979, the first bridge has hosted the 42-kilometer marathon, the bridge crossing stage is the most important, with tens of thousands of nationalities taking part every year.

With the increasing number of vehicles in Istanbul, and the inadequacy of the first bridge to meet the increasing need of transporting between the two parts of the city, and due to overcrowding, the second bridge was built in Istanbul over Bosphorus.

It came into operation on 4 January 1986. It was also designed by a consortium of foreign companies and implemented by several companies, including Turkish and Japanese companies.

The bridge was opened on 3 July 1988 with four round-trip routes. The bridge is 1510 meters long and 39 meters wide. The distance between the two towers is 1090 meters, while the bridge rises from the sea surface to 64 meters. The bridge is suspended by a pair of cables, and if necessary, replacing one is easy. 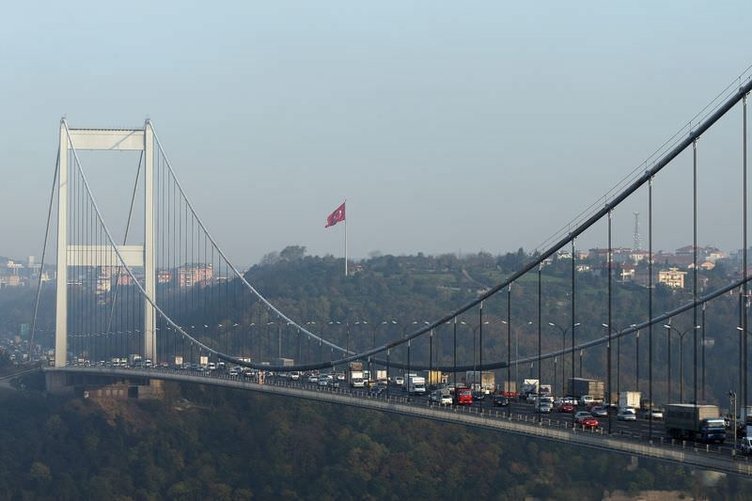 The Sultan Mehmet Bridge is currently part of the Ankara-Edirne road, within Europe International Highway known as TEM.

It is considered the world's largest suspended bridge with a width of 59 meters, and its tallest towers in the world are 322 meters high.

The bridge includes 10 routes, eight for cars and two for express trains, rising from the sea level of 322 meters. 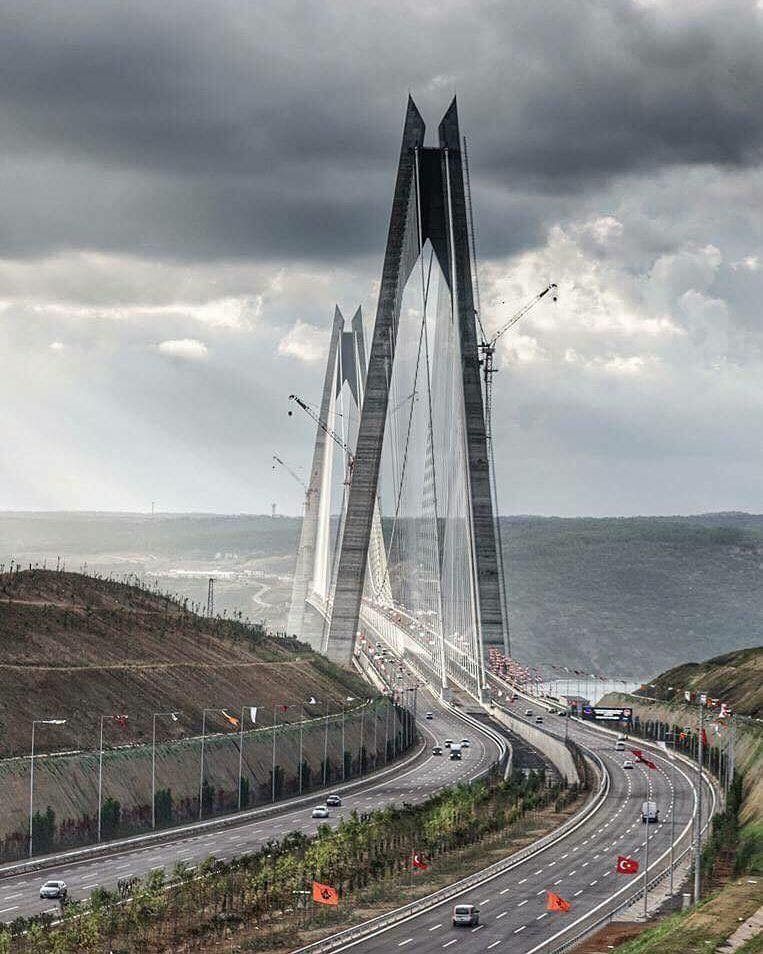 It is also is characterized by hybrid architecture as It is suspended and equipped with Columns at the same time, making it very innovative.

Transit Fees on the Three Bridges of Bosphorus and Istanbul

The fees for crossing the three Istanbul bridges vary according to civil and commercial uses, the size and type of the vehicle, and the Bosphorus bridge fees are the lowest according to the approved rates for 2019 as follows:

The aim of the new Istanbul Canal project is to relieve pressure on the Bosphorus Strait, which naturally connects the Black Sea and the Marmara Sea, especially the large oil tanker movement. This would eliminate the threat of environmental hazards to Istanbul's Bosphorus area, which is home to many unique monuments, palaces, and landmarks.

The length of the canal will reach 45 km and will start from the Kucukcekmece Lake in Istanbul to the Sea of Marmara. It will continue north through the Sazli durah dam and then reach the Black Sea east of the Tartarus Dam in the village of Duroso in the Catalca area in Istanbul. 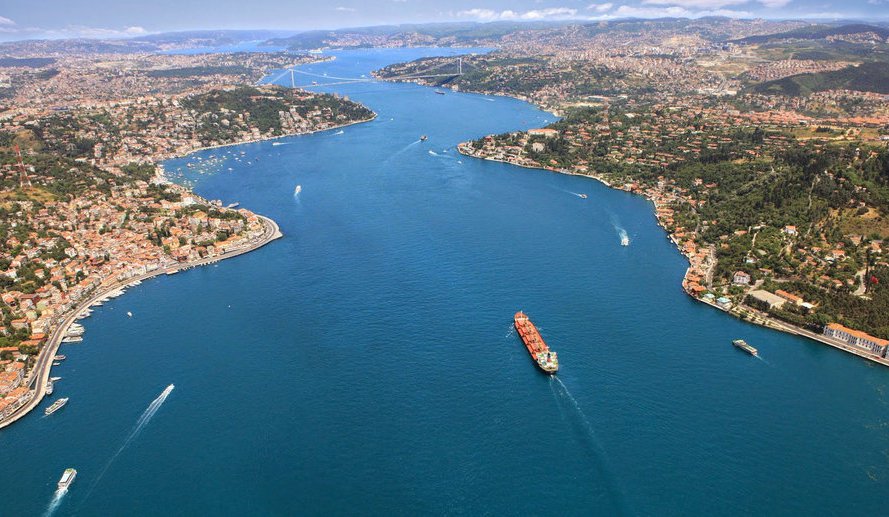 The following is a quick comparison between the new Istanbul Canal (also known as the new Bosphorus Canal) and the current Bosphorus Strait:

In Istanbul, if you are a lover of beauty, you are one of many people who has taken to the city in terms of diversity and richness.

But if you are VIP, you are a fan of magic and enchantment. In Istanbul, too, the places where these meanings were inhabited were mixed with their mountains and seas. If you love beauty and halal magic, you have to look for apartments in Istanbul on the Bosporus.

The most prominent of these areas on the Asian side of Istanbul are Beykoz, Uskudar, Kandilli, on the European side, the district of Sarayir and Besiktas. Both sides have wide options for those seeking the hotel apartments in Istanbul on the Bosphorus!