Istanbul new airport, a new jewel in which Turkey is proud of, emphasizing its leading role in the world of transportation and the extent of its development in all areas of life

Istanbul new airport, a new jewel in which Turkey is proud of, emphasizing its leading role in the world of transportation and the extent of its development in all areas of life.

The new airport has modern features and "logistical" services that are not available in most of the world's most important airports, to merit the title of the world's best and most prestigious airport. 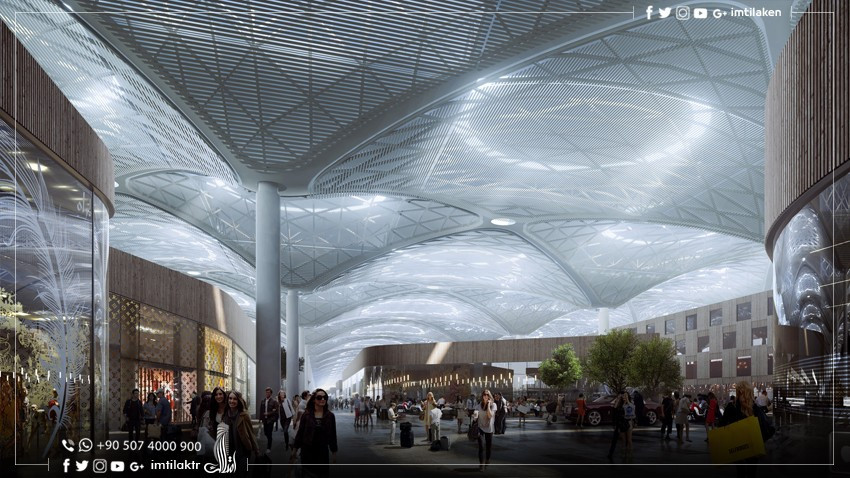 A Tour Inside New Istanbul Airport and the Fancy Hotel

Some described Istanbul new airport as the full city, but it is not like any ordinary city. It is a sophisticated city in which Turkish Airlines offers its guests the highest levels of luxury and comfort. A lot has been allocated to the comfort of travelers from rooms, suites, shower rooms, cinemas, libraries, In addition to the foods served on the origins of the ancient Turkish hospitality, makes Travelers enjoy this luxury as if they are in a five-star luxury hotel, where Turkish Airlines was keen to provide the comfort of passengers at levels of super-descriptive and distinctive.

With the opening of the new Istanbul airport, which has entered the history of air navigation, Turkish Airlines began with international airlines to operate and receive flights to and from around the world.

Turkish Airlines airline, which has always been the flagship of excellence, has achieved unprecedented leadership and excellence by direct its flights to more than 306 points in 124 countries around the world, not to mention the high levels of well-being to its passengers.

New Istanbul airport draws the attention of its discerning visitors to the perfection of its manufacture. When visiting the travelers' lounge, the Turkish Air Terminal's CİP lounge, serving travelers of special commercial importance, will impress you with the splendor of its design and style. Turkish Airlines moved its lounge from Ataturk Airport to Istanbul new airport, expanding its area to 9580 m2 after it was 6,000 m2 at Ataturk Airport.

The Turkish Airline has provided its new lounge, which was preceded by the most prestigious hotels, with many facilities: cinema, library, museum, children's playground, golf course, traditional cafe, and a beautiful garden.

In its new lounge, Turkish Airlines has also provided 24 suites with 24 bathrooms to provide the convenience of important passengers who are on transit flights, who are waiting for their planes for long periods of time, and provided 6 meeting rooms for passengers to meet when needed. 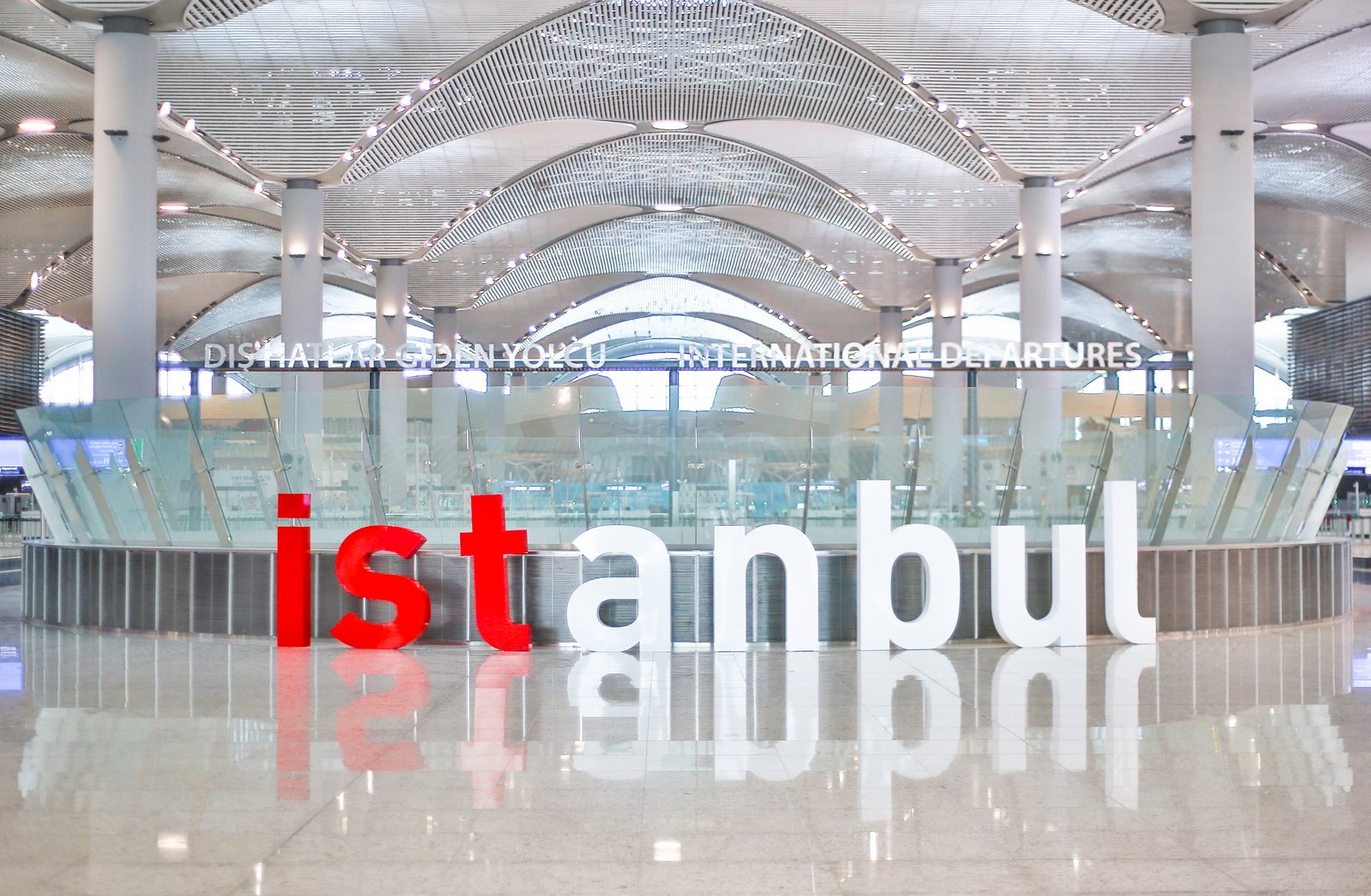 The new Istanbul airport has won several international awards even before its opening. The control tower, designed by Pininfarina and Aecom, won the European Center for Architecture and Design award in 2015.

In 2016, the Passenger Building was awarded a design award in the category of future projects and infrastructure of the International Architecture Festival.

The impact of the architectural art on the roof of the building is clear which was built on the style of the famous Ottoman architect Sinan Agha (1489/1588 AD).

At Istanbul's new airport, which is frequented by passengers from all over the world and nominated as the world's center for air transport, Turkish Airlines offer its guests with traditional Turkish food, such as the distinctive olive oil food in the Aegean region, Kayseri mantısı, dried beans, Grape leaves, and other foods, as well as famous Turkish desserts such as baklava and kataif.

One of the new services added by Turkish Airlines to its services with the move to Istanbul's new airport Special cabins for checking papers, passports, and cards are reserved for the business class, where the traveler performs his work and checks his papers with the reception staff, "cabin staff" while sitting. The cabins are equipped with seats for all travelers. 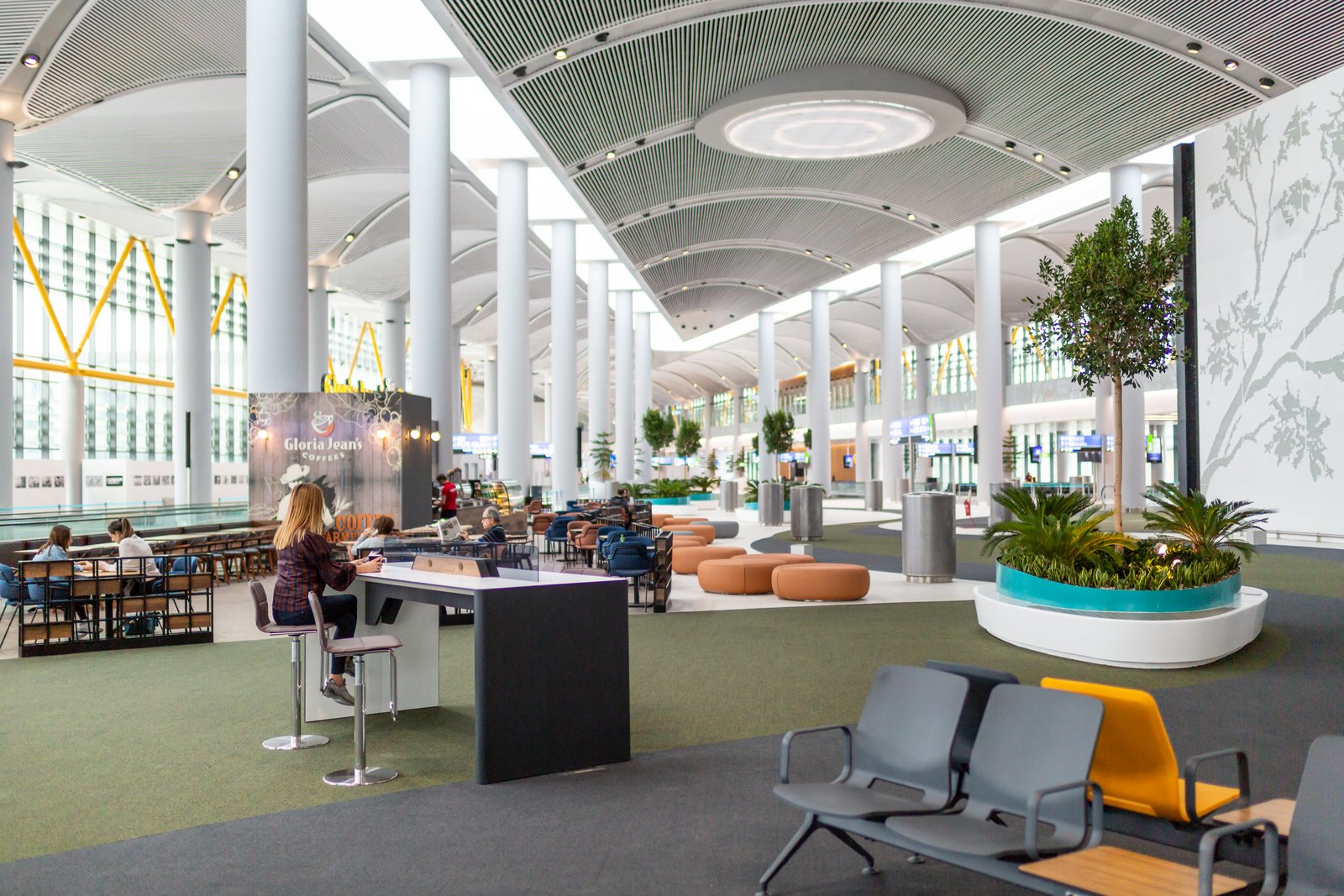 With the opening of its new airport, the Istanbul Municipality has provided a free shuttle service from Ataturk Airport to Istanbul new airport for free lasting 15 days from the opening date.

Turkish Airlines ended its flights at Ataturk Airport with an international flight to Singapore. The first Turkish Airlines flight took off on Monday (April 7th) from its new headquarters at Istanbul airport to the Turkish capital of Ankara. 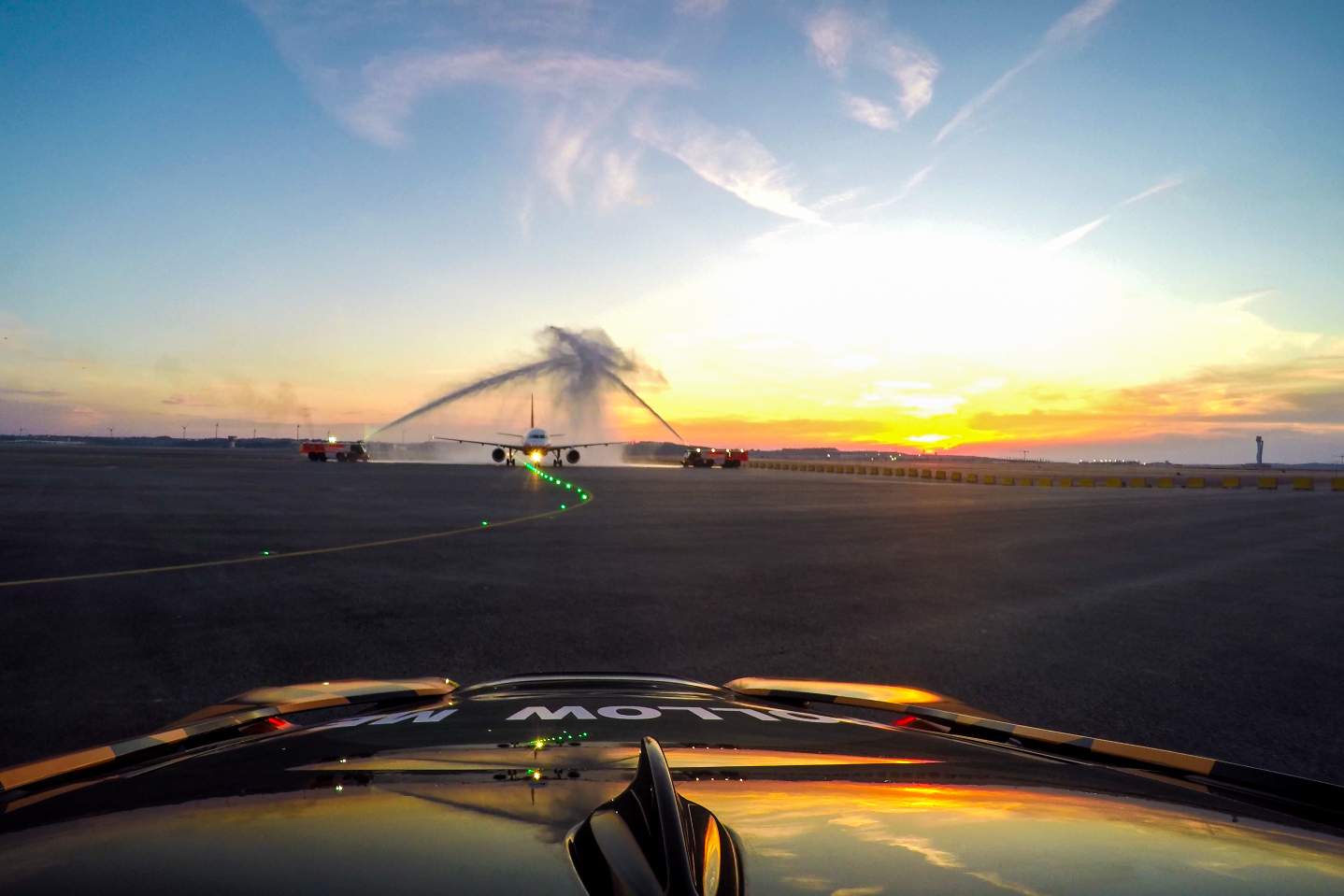 The urgent need to expand the service of increasing of passengers made Istanbul new airport an indispensable need, in keeping with the great cultural shift Turkey is undergoing today.