What Are the Prices of Villas in Silivri Turkey? How Important Its Location Is?

The prices of villas in Silivri Turkey and its properties are closely linked to the rapid development of this beautiful area, amidst the nature of nature, and civilized projects

What Are the Prices of Villas in Silivri Turkey? How Important Its Location Is?

There are a lot of questions and inquires among real estate buyers about the prices of villas in Silivri, Turkey due to the high-quality characteristics that have made it a perfect choice for amidst stunning landscapes, villas, and farms of a very high standard.

It is the charming city of Silivri, surrounded by the Marmara Sea on the southwestern side of Istanbul. Its sea, sandy coastline, natural beauty and its hospitable nature for tourists and holidaymakers, many wishing to own their own property or villa.

As noted above it attracted investors to turn to it with more interest. In addition, the region has developed great villas and farms, with its municipal services and sophisticated facilities. It has combined several advantages at the same time as it is close to the center of the city of Istanbul, a place far from congestion. 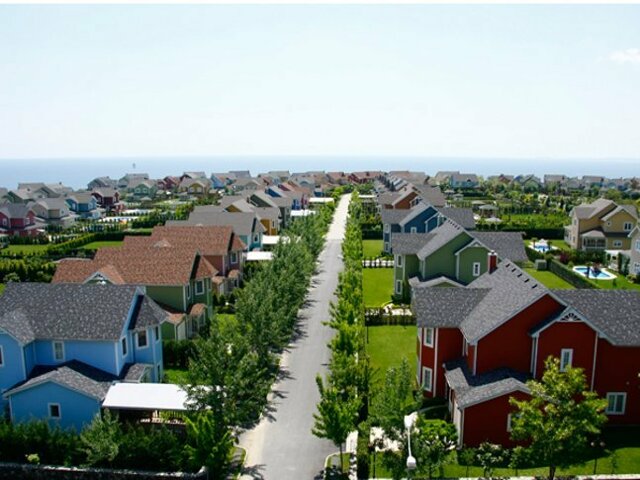 Real estate prices are rising in the region of Silivri like other areas, which are rising prices, with the increasing demand and the development of their services. The region is expected to prosper rapidly, and thus we will expect an investment development similar to its new real estate. Real estate prices in Silivri have risen 138% over last year and are expected to rise further along the same lines as the surrounding areas.

Prices for villas in Silivri, Turkey start at around $ 727,000 and Investment in the Silivri lands and farms is a successful investment as it is expected to see a rise in prices later. 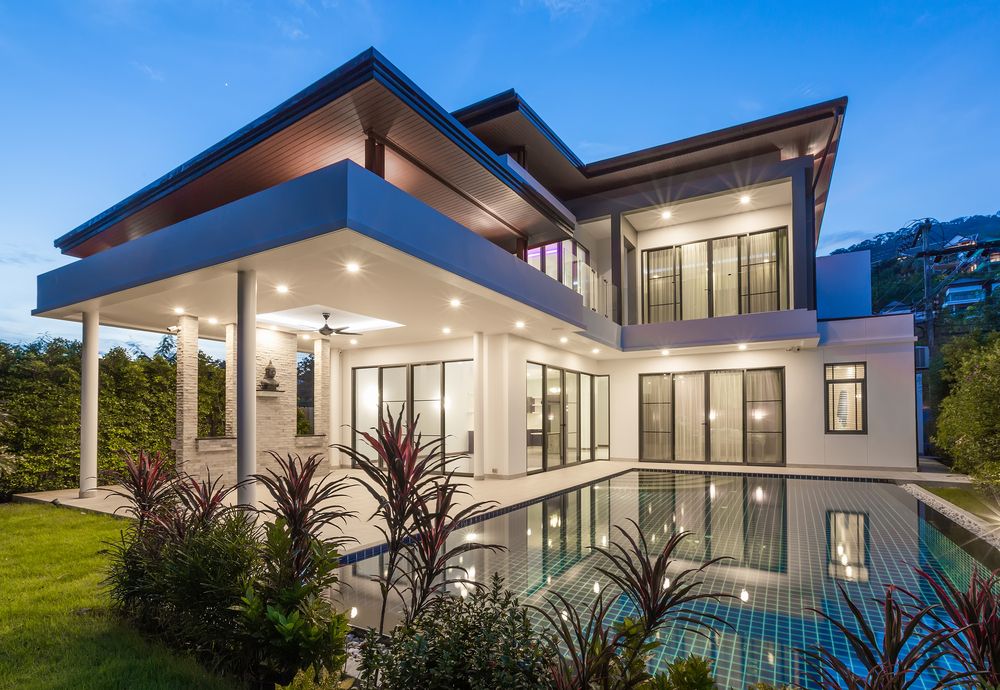 Silivri is approximately 78 km from the center of Istanbul and administratively related to it with the independence of its municipal administration.

The region is located at the European end of the city, in the far west of it. It has a total area of about 893 Km2 and considered the second largest municipality in Istanbul after the municipality of Catalca. The beaches of Silivri on the Marmara Sea are about 45 km long.

Silivri is bordered to the south by the Sea of Marmara, to the east by Büyükçekmece, Catalca to the north, Çorlu, Marmara Ereli and the districts of Tekirdağ to the west. 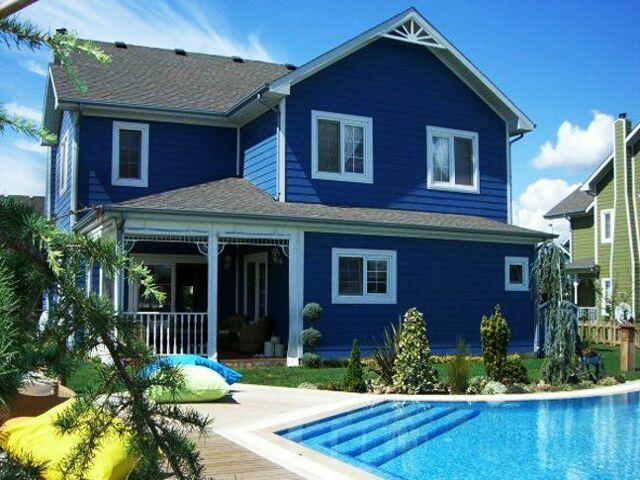 With a population of about 165,000, Silivri is characterized by the lack of congestion known to the city of Istanbul.

Istanbul Municipality is seeking to build several projects in the Silivri area, where it plans to build a yacht berth and extend the metro line to the area to connect it with the city center. Earlier, a plan was announced, a metro line between Buyukcekmece and Silivri areas to better serve the city in the transportation field.

It also passes through the D100 and the E80, which connect Turkey to Europe via Edirne. The city of Istanbul can be reached by car in an hour and a half. A new expressway, starting from Istanbul's Silivri district, passing through the districts of the city of Tekirdağ to reach the city of Çanakkale.

There is a regular sea bus service between the city center of Istanbul and Silivri.

There has been a significant increase in the sale and purchase of lands in the Silivri region in recent years, which contributed to the increase in value significantly, and increasing demand for owning beautiful luxurious villas.

Located on the trade road and having a natural port, it is one of the most important areas in Istanbul.

The region which is one of the most important areas of Istanbul for the summer holidays is witnessing a major development in the real estate sector, where it is expanding every day by constructing new real estate projects, such as modern residential complexes, and luxury farms. 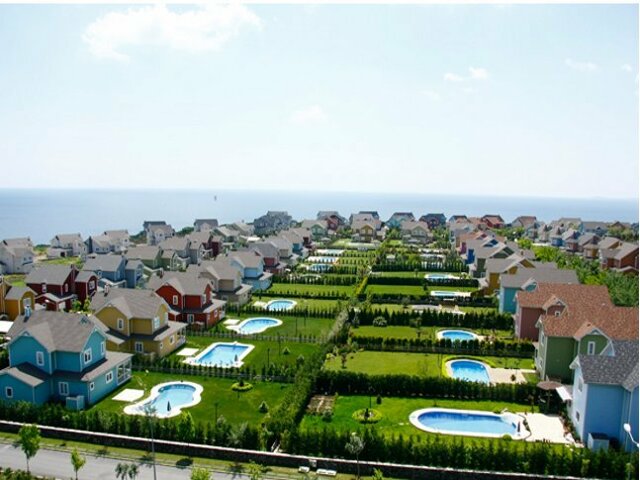 Most of the residential complexes in the area are villa-style, and the continued expansion of the area is contributing significantly to the rise in land and property prices.

The region has been witnessing for many years the influx of foreign investors, especially Arab investors coming from the countries of the Arabian Gulf, Azerbaijan, Russia, Kazakhstan and other countries of the world are seeking to buy land and farms in Silivri. Observers predict that about 15% of the land sold in the region has been sold to foreign investors during the previous period. 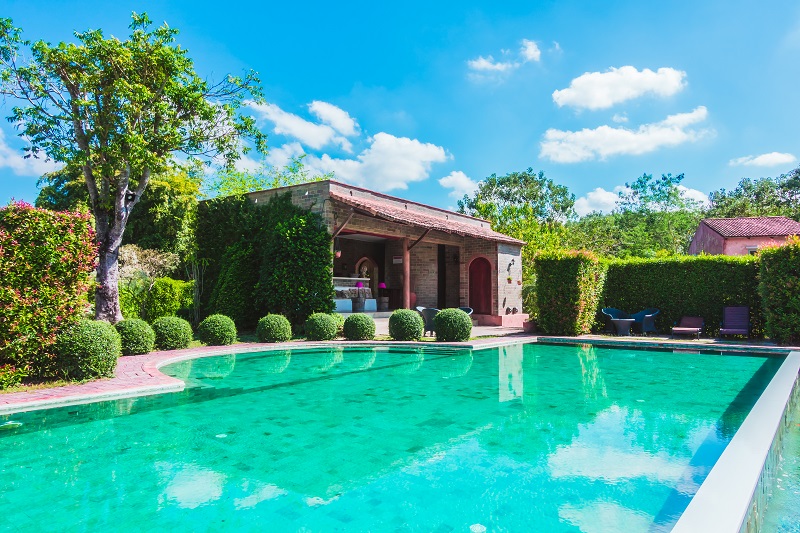 This turnout by local and foreign investors to the Silivri region has prompted many observers to be optimistic about the future of the region in real estate investments.