Transportation in Sakarya Turkey: its types and the most important features

Your guide to learn about transportation in Sakarya, Turkey in terms of its types (private or public) its quality, and whether it covers the entire city and the way it affects the investment value of the city.

Transportation in Sakarya Turkey: its types and the most important features

In less than an hour and a half, the tourist train from Istanbul to Sakarya will take you on a journey full of fun, beauty and scenic nature along the road between the two cities, passing through the state of Kocaeli.

Due to the importance of Sakarya and its tourist value, we talk about transportation in and to Sakarya, with a discussion about the impact of transportation on real estate prices in the city, the best real estate projects near it, and other things that are useful to know.

The most popular means of transportation in Sakarya

The municipalities and regions of Sakarya are generally distributed over a large area of ​​land that exceeds 4,895 km of land, but it is predominantly rural in most of its areas, except for the densely populated places in the city of Adapazari, which is considered the capital of the administrative state, and the Sapanca region, which has a touristic character, in addition to a number of vital areas with relative variance.

In general, Sakarya does not have a high population density, despite its proximity to the city of Istanbul, and its many aesthetic advantages, but its population is still only about one million and 61 thousand people today, meaning that the population of Sakarya constitutes only 5% of the population Istanbul, which imposes a different nature in terms of public transportation services that are available in this state. 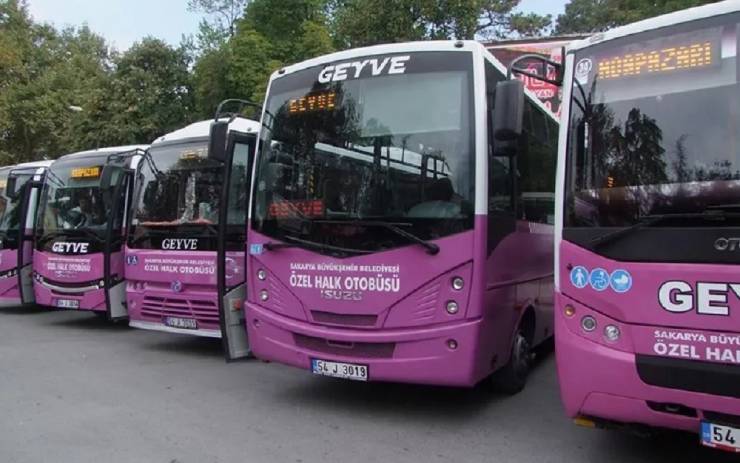 The public transport company of the Sakarya Municipality covers transportation services in the city of Sakarya, Turkey, within most of the residential and tourist areas in the state, through dozens of land transport lines via its buses that are distributed between the city and many rural areas.

The municipal bus lines in Sakarya are distributed over 30 main bus lines, and these lines are divided into 35 sub-lines, which can be found in the following table:

As for the ride fare on public transport buses, it is done through an electronic card that is pre-filled via a phone application or from one of the outlets designated for that, with allocating types of cards to students with a relatively reduced riding fare.

As for the tariff for riding on municipal buses, it varies greatly from one line to another, and it changes from time to time according to various considerations. At the date of writing this article, the cost of municipal buses was as follows:

The municipality has also provided a mobile application that works on smartphones, the SAKUS Mobil application, through which you can view trips, their times and specific stops, in addition to a range of other features.

Dolmuş (private minibus) is considered one of the vital means of transportation in most Turkish cities, given its ease of movement between the alleys and streets of Sakarya, and its medium size between small cars and large buses.

It runs according to the lines that the municipality determines its routes, the ride fare is paid in cash, and the fares are determined according to the number of parking spaces the passenger takes, so fares vary greatly and it is difficult to enumerate them in this article. Details of these prices with their updates can be found by clicking on the following link (cost of rides Buses in Sakarya).

Taxi provides smooth and easy movement between parts of the city of Sakarya and its regions, and it is an important means of transportation in this city.

Determining the taxi fare in Sakarya is related to what is recorded by the electronic meter inside the car, which is set by the time and distance officer. Private taxis in Sakarya are distinguished by their yellow color, like other Turkish cities, and these cars carry lanterns bearing the word (TAKSI).

The initial ride fare fee (meter opening) starts at the date of writing this article from 8.5 TL, and the unit of account for the fare is every 100 meters. To check the details of the fees set by the municipality, you can click on the following link (Taxi Fares Fees in Sakarya).

It is a train that connects Istanbul with Sakarya, which started its journey from Pendik, in the farthest Asian region of Istanbul, to Adapazari in Sakarya.

It is a relatively long-distance trip, at an acceptable cost of approximately 25 TL, with discounts for some age groups such as children and the elderly, and the ticket price is paid in cash from the slot designated for that in the stations. 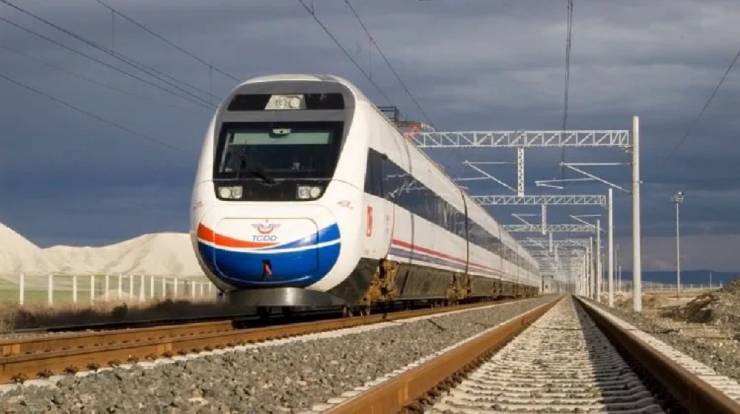 The quality and advantages of the transportation network in Sakarya

As mentioned earlier, the scattered nature of Sakarya's cities imposes a special reality that is manifested in its transportation, in terms of the intensity of the frequency of trips at peak times and the low frequency of this frequency at other times.

In general, the combination of these services, and a number of highways that serve Sakarya strongly, and ensure its connection with its surroundings and with the cities of Istanbul, Ankara, and more, all of this is in the interest of the region's residents or visitors and plays its role well.

Does the transportation network in Sakarya cover the whole city?

Referring to the schedules of Sakarya municipality buses mentioned earlier, as well as private buses, and other means gives one result, the transportation network in Sakarya, Turkey plays its role by reaching all populated and tourist areas.

It is natural that the value of real estate investment is linked to its connection with its surroundings, like other types of investment. Trade depends on its success due to the crowd and its profits depend on the high turnout of customers.

Needless to say, real estate is directly affected by transportation services, whether in Sakarya or elsewhere.

Read also: Prices Of Apartments In Sakarya Turkey In Dollars And Turkish Lira

There is no doubt that the real estate serviced by public transportation and nearby highways is worth more than any other property.

Just as real estate loses a lot of its value unless it receives an adequate amount of necessary services, its need to communicate with others is no less important than that.

In this context, Sakarya properties close to public transportation gain a clear advantage over remote properties, which naturally affects their price.

The Demir Sakarya project is located in the central adapazarı district of Sakarya, in the lap of beautiful nature, next to the Sapanca tourist lake, and close to the splendid natural attractions, where the green of the dense forests is connected to the beautiful blue of the lake.

The project is about an hour away from Sabiha International Airport, and only two hours from Istanbul city center.

To find out about the best available projects and attractive offers for ownership in Sakarya and among its most famous tourist areas, we advise you to contact the Imtilak Real Estate team.

Sakarya City
Universities in Sakarya and their most important features

Your guide to knowing the best universities in Sakarya, including university majors, university rankings, and the city's...

Sakarya City
A detailed guide about the Adapazari district of Sakarya

Have you heard about Adapazari in Sakarya? Learn in detail in terms of its location, weather, the most important feature...

Sakarya City
Your comprehensive guide to the prices of apartments in Sapanca, Turkey

Your comprehensive guide to the prices of apartments in Sapanca, Turkey. Find out the cheapest prices for apartments in...