Transportation in Trabzon Turkey: its types and the most important features

Learn about the means of transportation in Trabzon, Turkey; private and public, and their different types. Discover whether they cover the entire city, and how this affects the investment value of the city

Transportation in Trabzon Turkey: its types and the most important features

The best means of transportation in Trabzon

Trabzon has many advantages that make it a preferred destination for living and housing. It is a distinctive tourist city and all vital services and facilities are available, from universities, resorts, hospitals, and an airport. The Turkish state has expanded the infrastructure networks in Trabzon, to accommodate a larger number of arrivals, and built thousands of kilometers of modern land roads.

According to some, Trabzon is planned to be one of the thirty most important cities in the world.

Therefore, interest in infrastructure projects in Trabzon has increased in recent years, and among those projects, we discuss in this article the transportation in Trabzon.

The fare for riding on public transport buses in Turkey is deducted via an electronic card that is pre-paid through one of the outlets designated for this, with allocating types of cards for students with reduced riding fares, other large age groups, chronic diseases, and the elders.

Small buses (minibus) or what is known as dolmuş are spread in Trabzon, and it’s one of the means of public transportation in Trabzon and most Turkish cities, due to their ease of movement between alleys and streets, and their medium size between large buses and small cars, and dolmus vehicles run according to transport lines specified by the municipality.

Dolmuş buses are used to move within Trabzon - the gem of the Black Sea -. their bus stations are located below the bridge on the southern side of Ataturk Square, and buses depart from the “Boztepe” area, as well as from the area where the Hagia Sophia Museum and Mosque is located in Trabzon.

Taxis work in Trabzon around the clock, and visitors to the city can order taxis in the city through several different applications, which are available via phones and in more than one language. 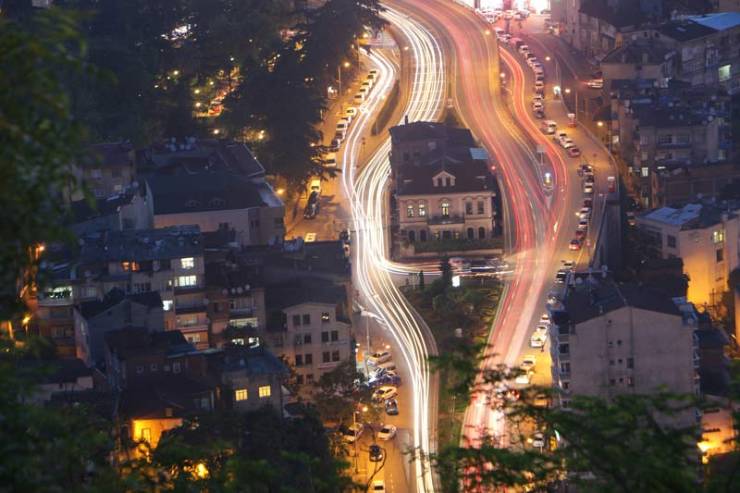 Transport projects by rail vehicles are among the most important and fastest means of transportation contemplated and implemented by developed countries.

Moreover, one of the important factors that contribute to the development of the infrastructure of any city is the railway transportation network.

Among the vital and important strategic projects launched by the Turkish government in Trabzon this year is the (Şehir Hastanesi-Yomra) line, with a length of 31 km, a capacity of 2,400 passengers, and a length of up to 10 connected vehicles, passing through 57 stations to reach Yomra, northeast of the city.

Trabzon Airport was established in 1957 with an area of ​​1,377,244 square meters, and about 3.5 million tourists, investors, and residents travel through it every year. Trabzon Airport is only 6 km away from the city center.

The quality and advantages of the transportation network in Trabzon

Highways are transport arteries that connect countries to each other, and between cities within a single country, facilitating the movement of trade, tourism, and business.

The highways are characterized by the flatness of the lane and their wideness which ensures the passage of a good number of transport vehicles on the same road.

The highways in Turkey have witnessed a renaissance in their construction and development, and the long tunnels played a prominent role in this field, some of which penetrated the seas, and some of them shortened the distance between the mountains by thousands of meters, all of this was accomplished in the best and most beautiful way to facilitate the movement of roads, transportation, and business in cities Turkey in general, and Trabzon in particular.

The international roads D010 and E097 are the two most important roads in Trabzon; the road D010 connects Trabzon with the coastal cities together, and east to Iran, Georgia and Armenia. While the road E097 reaches the city from north to south through the states of Erzincan and Diyarbakir until it reaches the north of Syria. 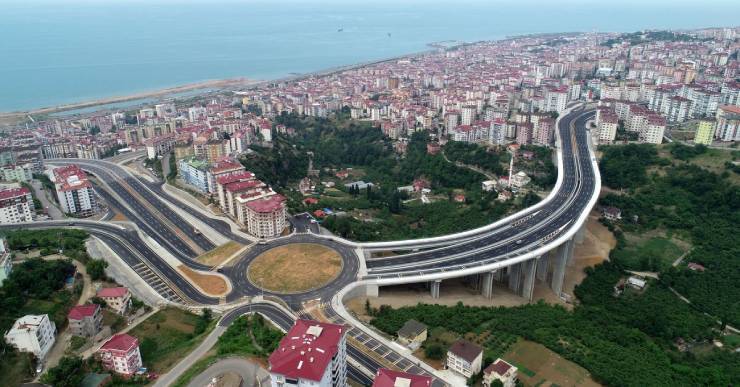 Does the transportation network in Trabzon include the whole city?

We can say that the transportation network in Trabzon, Turkey covers the most important areas of the vital city of Trabzon, as municipal buses and minibusses are supposed to reach the most major areas in the city, but if the visitor wants to go to places far from the city center, or to enter alleys that large and medium buses can’t reach, it can be reached by taxis.

It is known that the stronger infrastructure, including the transportation network, the higher the incentive to invest, and a desire to think about establishing projects that benefit the city and the country as a whole, which increases the investment value in general.

Therefore, the criteria for the high value of an investment in any city are the infrastructure associated with the development of sectors, and the high index of services in them, and this is what we find clearly evident in the city of Trabzon at the present time.

In the beautiful tourist city of Trabzon, there are many distinctive projects that have a strong and comprehensive infrastructure. Perhaps the most prominent of them are the Star Residences project, the Trabzon Kanuni complex project, in the Akçaabat area, the Yaşam Trabzon project, and the Marine City Trabzon in the Yomra area, as well as the Diamond Complex, the Palm Garden in Oratahisar, and other investment and residential projects that meet modern specifications luxury.

For more information about the most important Imtilak Real Estate projects in the gem of the Black Sea, Trabzon, you can contact us.