The Economy of Turkey 2022 - Strengths, Weaknesses, and Future Expectations

Learn about the most important elements of the Turkish economy in 2022, its strengths, weaknesses, and future expectations. In-Numbers Updated Information

The Economy of Turkey 2022 - Strengths, Weaknesses, and Future Expectations

Information About the Turkish Economy

The Turkish economy is distinguished by its general competitive ground in various economic sectors, as it has proven its cohesion and strength with the components of strength and merit it has, also the Turkish economy is a vibrant economy that has been the subject of trust among the international parties interested in the economic aspect, and among the investors in general.

The rank of the Turkish economy globally continuous to improve, thanks to the firm steps that Turkey has taken regarding the development and growth, in addition to this, the private sector has an important position on the economic specter, also the public economic sector in Turkey is concerned with the work organization and applying the free foreign trade policy, and the freedom to exchange money and services between Individuals and institutions without any obstacles, in what can be described as a free market economy.

Advantages and Strengths of The Turkish Economy

Perhaps the most important characteristic of the Turkish economy in its past two decades is the fact that it has always proven to be above expectations, and that it is a renewed economy in its ability to overcome difficulties in spite of the sensitive stage that the Turkish lira is going through. At the end of 2018, many economic analysts were pessimistic about Turkey's ability to stabilize its economy and start from it towards the following years, but what happened contradicted expectations regarding the Turkish economy in this matter, the Turkish budget has recorded a surplus of one billion USD in January of the following year, according to data revealed by the Turkish Ministry of Treasury and Finance at that time, and the report showed that the revenues of the Turkish Country during the first month of the next year recorded an increase of 97 billion Turkish lira, also, at a time when the economy of the world witnessed a decrease and stagnation due to the global economic crisis in 2008, the Turkish economy witnessed after a year of global recession a growth of 9.2% in 2010 and 8.5% in 2011, which raised the per capita share of the local gross product, all this made many investors continue their financial investments after the Coronavirus crisis due to their confidence in this economic history based on the data. 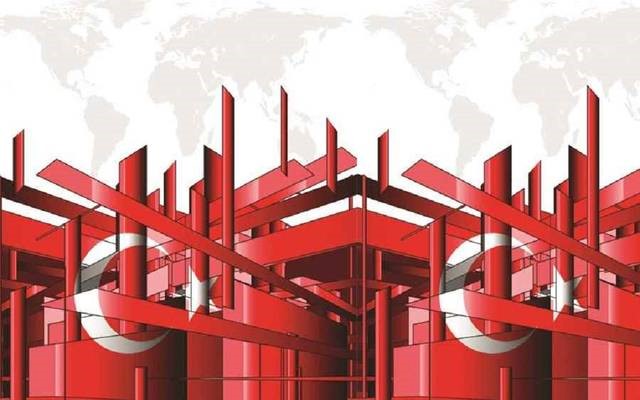 Defects and weaknesses of the Turkish economy

One of the most important defects of the Turkish economy seems to be how quickly investors are affected by the news, putting the investors under immediate destabilization, for example, preliminary data showed that the confidence of manufacturers in the country's economy fell to its lowest level since the global financial crisis, Bloomberg News Agency explained that view of the manufacturers regarding the economy became pessimistic after five consecutive months of optimism due to the "COVID-19" virus, also, the seasonally-revisioned index of the Turkish Central Bank decreased by 8.2 points and reached 98.6 points in March.  The index values that are below 100 points indicate a feeling of pessimism.

Data of the Turkish Central Bank also showed a decline in the utilization rate of the manufacturers' capacity, as the government closed nearly two hundred thousand companies in an attempt to limit the spread of the new strain of the virus, and it announced a series of financial measures to prevent companies from laying off workers such as tax cuts and deferring the due payments.

The Turkish economy in the last two decades

Since the AK Party took power in 2002, it has followed economic policies that enhanced and strengthened the country's economic growth, where Turkey's public debt ratio has been reduced and the total domestic product gross has doubled since the start of these reforms. which put Turkey in Erdogan's era among the most powerful economies in the world, known as the G20.

The country also became a destination for direct investments during his era, and Turkey was distinguished by its tremendous and growing volume of exports since he came. The official figures indicate that the value of the Turkish exports reached more than ten times what they used to be before Erdogan took power.

It is not possible to talk about the future of the economy of any country away from the studies and data, because the economy is based on numbers and information. The results of a study conducted by the "PricewaterhouseCoopers (PwC)" which is considered one of the largest professional service companies in the world, showed that the Turkish economy will be the twelfth largest economy in the world by 2030, with a product domestic gross that may rise to $2.996 trillion.

The study, which is based on real economic criteria, also indicated that the global economic balances will change in the coming years, and the economic strength will be headed towards the emerging economies in the long term.

According to the study titled "A Long View: How will the global economic system change by 2050", it is expected that economies of countries -including Turkey- will dominate the list of the top ten economies in the world by 2050.

Thanks to its solid economy, Turkey ranks as the 19th largest economy in the world.

According to the Turkish Statistics Authority, the country's economy has achieved a growth of 6.7% despite the effects of the Coronavirus pandemic, noting that the estimates of GDP are according to 2020 prices, in the third quarter of 2020, rose by 22.6% compared to the same period in 2019 achieving Trillion and 419 billion and 483 million Turkish liras (about 181 billion and 593 million dollars).

According to the Turkish Statistical Authority, according to data, during 2020, the per capita gross domestic product (GDP) amounted to 60,537 TL (equivalent to $8,599).

The Turkish economy is very export-dependent, especially with regard to increased economic growth, or high employment rates, and the Turkish economy is qualified to be an export economy, The Turkish economy also depends on GDP, internal purchasing power, large labor force and the large group of young people able to work. Also, a combination of interest rate cuts, fiscal spending and credit led by the Turkish Government. In 2020, the Turkish economy grew by more than 6%, compared to the same period in 2020, according to the Anadolu Agency. The travel and tourism sector is also contributing significantly to Turkey's economy, with the Board of Directors of the Turkish Tourism Promotion and Development Agency expecting Turkey's revenue from the tourism sector to reach $15 billion in 2020.

According to the Turkish Statistical Authority, the Turkish economy grew by 5.9% during the last quarter of 2020, and 1.8% annually despite the Coronavirus pandemic.

Many positive signs of maintaining the Turkish economy in 2020 have shown its balance, especially since the World Bank expected the Turkish economy to grow by 4.5% in 2021 and 5% in 2022 in its most recent report, issued on 5 January 2021. For the first time, the recently published expectations of the Turkish Central Bank and Turkish business organizations are very close to previous international forecasts, predicting GDP growth for 2021 at 3.8%, and about 4.3% in 2022. With the first Coronavirus infections recorded in March 2020, as a result of the effects of the epidemic, Turkey's economy contracted 10.3 percent during the second quarter of last year, before returning to normal in the second half of the same year, with growth reaching 6.3 percent in the third quarter, and 5.9 percent during the fourth quarter. Thus, the Turkish economy grew by 1.8 percent on an annual basis for 2020, despite the challenges of Coronavirus, thus being the only one to achieve 5.9 percent growth in the last quarter, within the framework of "Economic Cooperation and Development." Accordingly, Turkey achieved economic growth during 2020, despite the challenges of the Corona pandemic, placing second to China, in the list of the most developed countries in the Group of Twenty, which includes the world's major economies.

According to a Bloomberg report, Turkey's economy is $740 billion.