Turkish-Qatari relations, trade exchange, and investment between them

A distinguished study on the Turkish-Qatari relations in the political and economic aspects, and information on Qatar's investments in Turkey, Turkey's exports to Qatar, and the trade exchange between the two countries.

Turkish-Qatari relations, trade exchange, and investment between them

The opening of the embassies of Turkey and Qatar in the two countries for the first time in 1979 constituted the first stage in strengthening the strong historical ties and common cultural affiliations, which drew the features of the tremendous development in the Turkish-Qatari relations and the successive prosperity between them at various levels until the great convergence in the economy and politics between the two countries. This resulted in a qualitative leap in the volume of mutual investments between them and their rapid growth.

The visit of the Emir of Qatar, Sheikh Tamim bin Hamad Al-Thani, to Ankara in December 2014 laid the foundation for the nature of relations between Turkey and Qatar. In particular, an agreement was signed during the visit to establish the High Strategic Committee between the two countries, aimed at enabling the two countries to establish comprehensive cooperation in the areas of economic, social, political, and even defence relations and the exchange of military expertise.

This has given Turkish companies wide access to projects within Qatar worth more than $18 billion, while the importance attached to Turkey's country capital has increased by the day until country investment in Turkey has reached some $22 billion.

With growing economic cooperation, growing political harmony and an agreement of views between Ankara and Doha, relations began to develop further, and Turkey became an important tourist destination for Qatari citizens, thus increasing interest in Turkey's banking and real estate sectors by Qatari investors so that in 2018 Qatar's citizens ranked first among foreign investors in Turkey.

The Turks in Qatar: The Turkish presence in Qatar

There are approximately 9,000 Turkish nationals residing and working in Qatar among the hundreds of Turkish companies operating in the Qatari market in partnership with Qatari companies in various economic sectors, particularly in trade, contracting, services and hospitality.

There are also about 40 Turks studying in Qatar's universities and institutes, in addition to the fact that at the beginning of the siege on Qatar in 2017, the Turkish military presence in Qatar increased to about 3,000 soldiers.

Qataris in Turkey: The Qatari presence in Turkey

The nature of Turkish-Qatari relations at the present time

The joint coordination between Turkey and Qatar in many of the files is of such high political and economic importance that it can be seen that the nature of economic, security and cultural relations between the two countries today is much stronger than ever before and has entered the phase of long-term strategic cooperation.

Ankara and Doha are working to increase trade and mutual investment, especially since 62 economic, military and cultural agreements have been signed between the two countries.

Relations between the two countries began after the 2017 blockade of Qatar. The value of the exchange agreement between Turkey and Qatar increased from $5 billion to $15 billion in May 2020. This helped Turkey to support its stock exchange and capital markets and to ease the recent pressure caused by the depreciation of the Turkish lira, in addition to Qatar's pledge to invest $15 billion in Turkish markets.

The economic relations between the two countries are marked by the fact that many of the goods and services traded between the two countries are characterized by the fact that they contribute to the stability of their economies and the well-being of their inhabitants. Turkish construction companies also played an essential role in the completion of infrastructure development projects in Qatar prior to the launch of the 2022 FIFA World Cup hosted by Qatar. 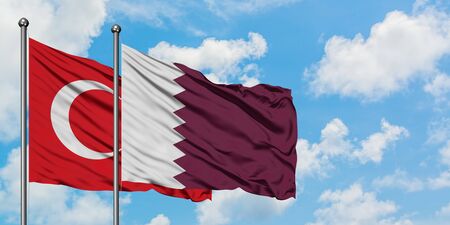 What are the most important Qatari investments in Turkey?

Qatar is the second-largest investor in Turkey, with direct investment reaching $22 billion in 2019.

Country investments in Turkey are spread across tourism, real estate, agriculture and food industries, and Qatari businessmen are active in the real estate sector in Turkey, many of whom prefer to invest by purchasing real estate, land and hotels in several Turkish states, and there are some 200 Qatari companies in Turkey.

How big are the Qatari investments in Turkey?

Official figures indicate that country direct investments in Turkey amounted to $22 billion in 2019.

It also included a sale and purchase agreement for the port of Ortadugo Antalya between Global Lehman and Kyutermenals and a memorandum of understanding between the Free Zones Authority and the Turkish Ministry of Trade.

What are the most important Turkish investments in Qatar?

Qatar is at the forefront of the Gulf countries in which Turkish contractors implement the largest number of projects. 553 Turkish companies are working in various fields in Qatar, and Turkish contracting companies have succeeded in implementing projects in Qatar with a total value of about $18.5 billion.

Trade exchange between Qatar and Turkey

What are Turkey's most important exports to Qatar? 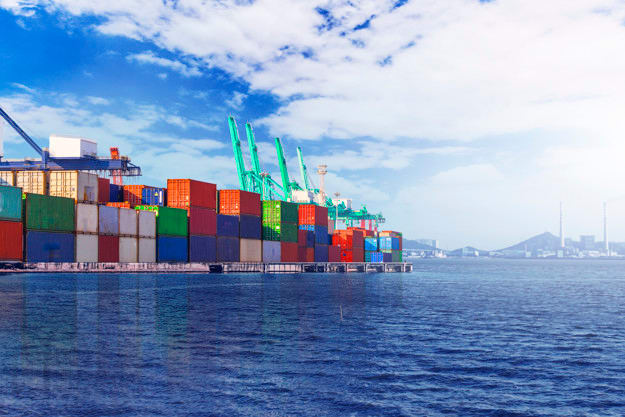 What are the most important Qatari exports to Turkey?

Turkey considers Qatar as its best alternative in reducing dependence on gas imports from Russia in the long term.

What is the volume of trade exchange between Qatar and Turkey?

The growing Turkish-Qatari relations prompted Qatari investors to enter the promising real estate market in Turkey due to its strategic location between the continents of Europe and Asia so that Qataris now prefer to buy real estate in Istanbul in addition to the cities of Yalova, Sapanca and Abant, which are tourist and beautiful with their divine nature, which contributes to the growth of the economy. Turkish and Turkish currency support.

Qatari investors also acquired large areas of land adjacent to the third Istanbul Water Canal project, thanks to the proximity of Qatari businessmen to the Turkish market, their full knowledge of all its sectors, and the size of the facilities offered by the Turkish Government to Qatari businessmen wishing to enter its markets.

According to the Qatar Capital Center, one of the leading financial and commercial centers in the region, Qatar will provide $7 billion in a support package to the Turkish real estate sector. 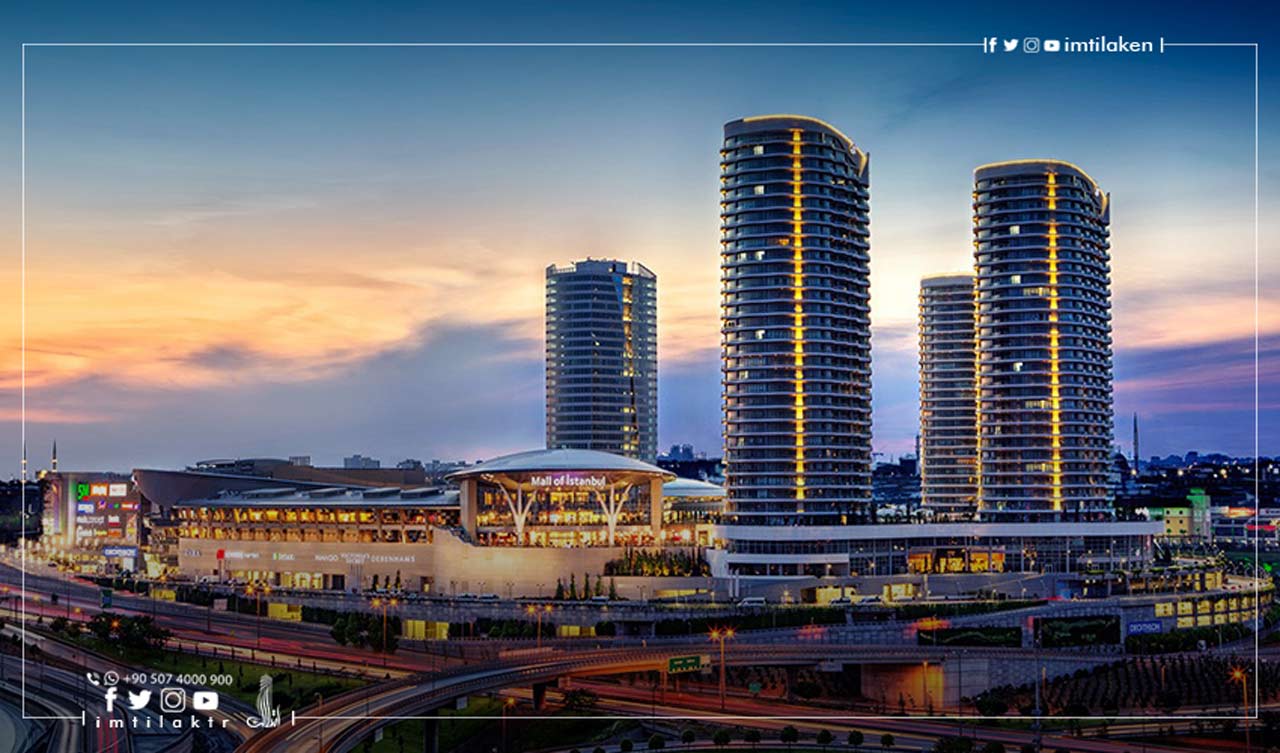 What is the future of Turkish-Qatari relations?

The future of Turkish-Qatari relations is governed by an ancient history in which Turkish President Recep Tayyip Erdogan and Qatar's Emir Tamim bin Hamad Al-Thani, as a result of a convergence of shared ideas and values, succeeded in transforming it into a harmonious economic force in which the interests of both countries converged. Qatar pledged to invest $15 billion in Turkish markets.

The two countries are also working to achieve the highest levels of economic integration by playing on the factor that Qatar is one of the largest exporters of natural gas in the world, while Turkey is one of its largest importers, which is, of course, reflected on the rest of the other economic sectors, especially since Turkey is today an important investment environment for investments. Official and private Qatari companies, while Turkish companies find today a great and special welcome from the Qatari government to invest in several sectors, especially the infrastructure sector.

Hence, the relationship between Qatar and Turkey is moving towards a more strategic partnership at the bilateral, regional, and international levels, thereby contributing to the plans of the two countries to reserve an advanced position in the global economy as a whole.