With the participation of Turkish President Recep Tayyip Erdogan, the opening of the highest tower in Istanbul, the Camlica Tower, which will be the new symbol of Istanbul.

The Camlica Tower, the highest tower in Istanbul, was opened with the participation of the Turkish President and several senior political figures in the country. This tower will form the new symbol of Istanbul.

With the participation of Turkish President Recep Tayyip Erdogan, the Camlica Tower, which is the tallest building in Asian Istanbul, was inaugurated, and in a speech delivered by the Turkish President on the occasion of the opening ceremony, he said:

"We have successfully completed the Camlica Tower in Istanbul, which is considered an example not only in our country but also in the entire world".

Erdogan continued his speech by praying so that this tower would bring good to the country, as he said: "I ask God to bring the Camlica Tower, which will serve the radio and television stations, the media and telecommunications companies, the good of our country and our city".

Erdogan added that the Camlica Tower Istanbul, which overlooks the Bosphorus, rises 587 meters above sea level, has a developed infrastructure, and provides the possibility of broadcasting 100 stations at the same time, without mixing its waves, in a precedent that is the first of its kind in the world.

Camlica Tower is the new symbol of Istanbul

Erdogan referred to the great role that Camlica Tower will play when he said: “Thanks to this 369-meter-tall tower, we moved to the single antenna model in communication and broadcasting activities, and thus we eliminated the visual contamination in Camlica Hill in Istanbul”.

The Camlica Tower; one of the most important investments and symbolic buildings of the new Turkey, was capable of providing both digital and terrestrial broadcasting services, and the social facilities available there would make important contributions to the tourism sector.

He also noted that the Turkish government plans to generalize this model in the rest of the states, based on the regions that meet the appropriate conditions. 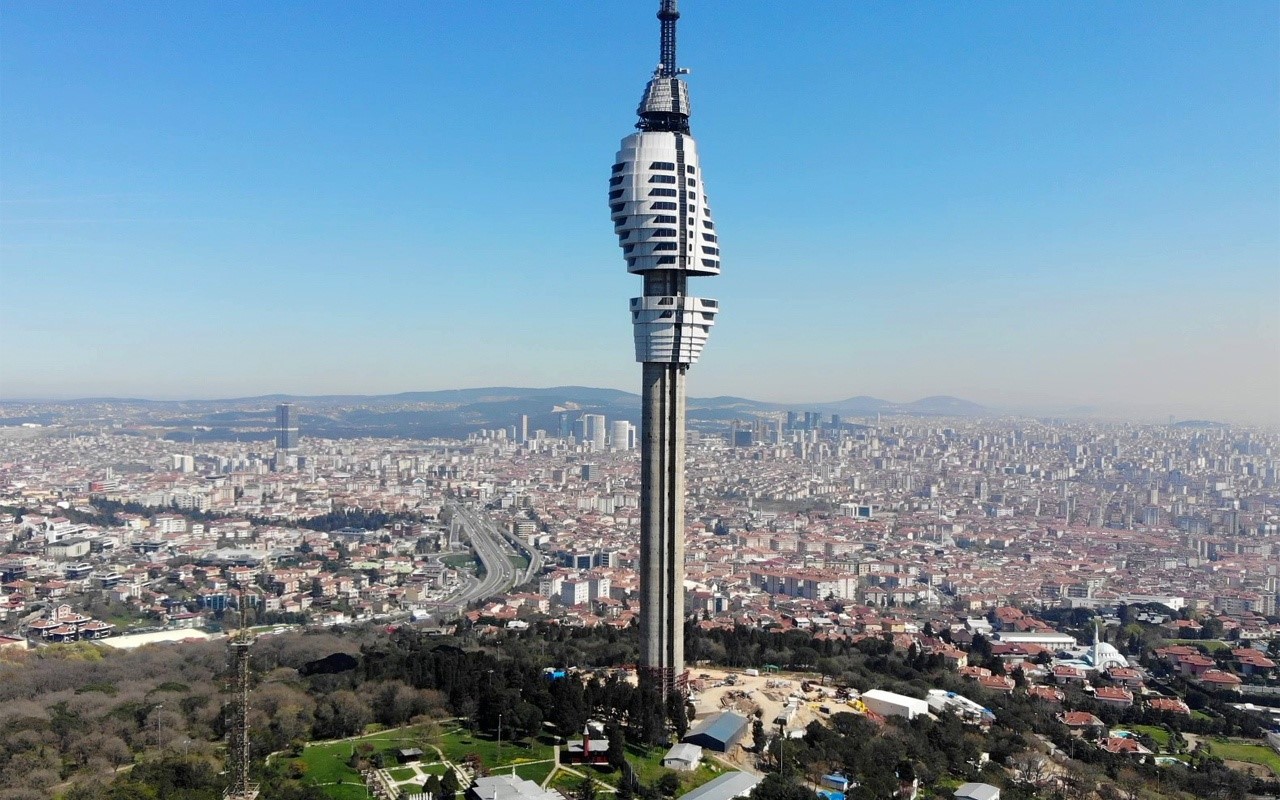