Do you want to live in Turkey with your families? Find out about the best cities in Turkey for families in 2022 in terms of quality of living and all necessary services. The best information is offered to you by Imtilak Real Estate.

Why are some Turkish cities better than others for families?

No doubt, Turkey has plenty of foreigners, especially Arabs. Some of them came to invest in real estate, while some came to study in Turkish universities, and some came to Turkey to enjoy watching the tourist attractions that are spread all over the Turkish states.

According to the goal that the foreigner brought to Turkey, housing and residency in one of the Turkish states are preferred, as the choice of the Turkish city varies between one person and another, and this depends on what seems appropriate for him and his family, in addition to that, the nature of the city and lifestyle play an important role in choosing the appropriate state for families to live in Turkey.

In answering the question in this paragraph, every Turkish city has multiple advantages that make it distinctive for a family residence in the eyes of foreign investors. Whoever wishes to invest, Istanbul and Ankara provide all the means for successful investment in all areas, particularly real estate investments.

For those who are interested in tourism and enjoying the charming nature, the states of Antalya and Trabzon are very ideal states for tourism in Turkey, and they provide a variety of diverse tourist attractions, which satisfy all tastes of tourists.

For those who wish to live in a peaceful and quiet place away from the noise, and work in commercial and industrial investments, there are Bursa and Izmit states that make the ideal choices.

For those wishing to learn, Turkish universities open their doors to receive students in all Turkish states without exception.

What are the best cities in Turkey for families in 2022?

Now, we will talk about the best cities in Turkey for families in 2022 in detail, as we have collected information for you about the top 8 Turkish states that are ideal for comfortable living for investors and their families in Turkey, with a mention of the reasons that prompt foreigners to choose each city:

Istanbul is one of the best cities in Turkey for families, due to the many ingredients that suit all foreigners in Turkey, regardless of their different goals. It has the following characteristics: 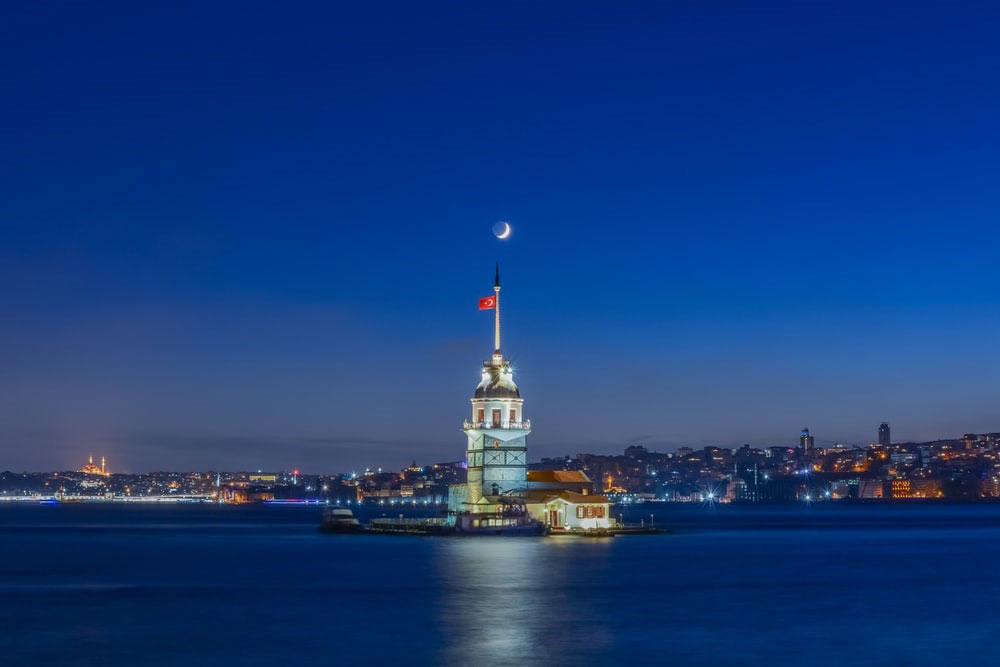 Ankara, which is the political center in the country, is classified as a second choice after Istanbul for families to live in Turkey. The reason for being one of the best Turkish cities is due to the availability of several reasons that guarantee a comfortable life for foreigners, the most prominent of which are:

The gem of the Black Sea, the city of Trabzon, which has captured with the beauty of its charming nature, the hearts of tourists. It is the third option for families to live in Turkey, especially lovers of tourism, and lovers of hiking among the various natural attractions, from hills, lakes, plains, and rivers.

As for the reasons why to live in Trabzon, they are as follows: 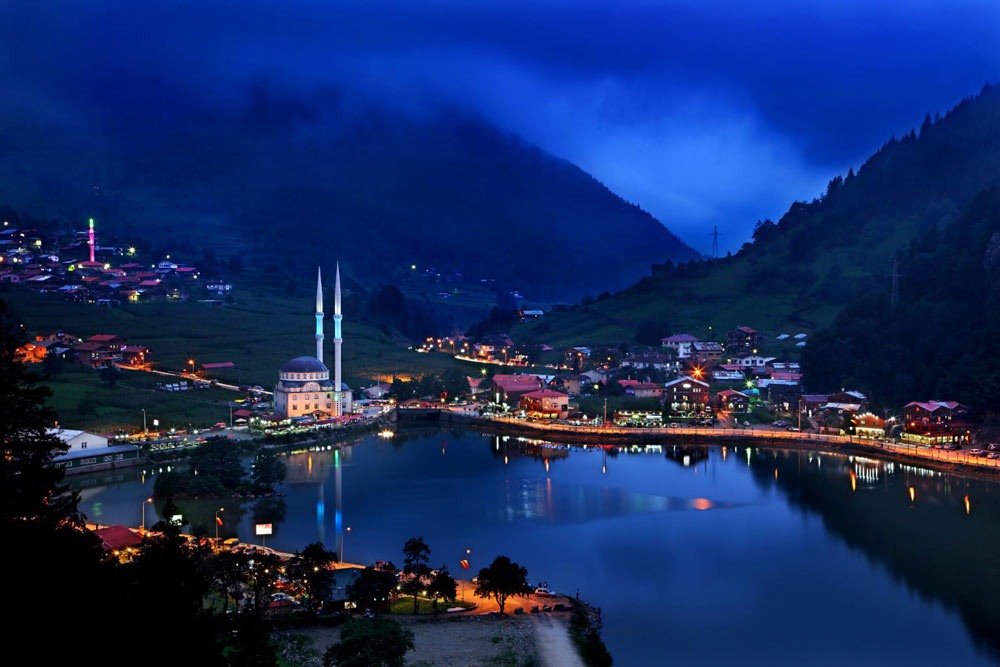 If Trabzon has a charming view of the Black Sea, the city of Antalya has a panoramic view of the Mediterranean Sea, and is proud of being the capital of Turkish tourism, and hosting thousands of foreign tourists annually.

Antalya is the fourth option for family housing in Turkey, as it provides a high-end lifestyle, due to its many factors, the most important of which are:

Sakarya is one of the most important Turkish states in which many families want to live. As it provides residents with the opportunity to enjoy a range of the following advantages:

Due to the urban beauty of its cities, neighborhoods, and landmarks, the aesthetic charm of its green nature and forests, and the cultural heritage of its historical monuments, Bursa is ranked sixth among the Turkish cities that attract the attention of foreign investors.

Bursa combines civilizations that have passed through history, it occupies an important strategic position between the political capital Ankara and the economic capital Istanbul.

The commercial centers in Bursa vary between the old markets that preserve the fragrance of the past and successive civilizations, the modern markets, and the contemporary architectural style, which makes shopping in Bursa a pleasure independent of enjoying the beauty of nature and spending beautiful times there.

Bursa is characterized by a large number of tourist places in it. Tourism in Bursa is thriving, due to the presence of many prominent natural places in it, such as waterfalls, lakes, forests, and high mountains.

The city has many factories and industrial institutions, a large part of which is located in the regions of Gebze, Izmit and the Gulf. It also includes the largest paper and rubber factory in Turkey, where metal goods, auto parts, mechanical machines and chemicals contribute, with factories operating in many sectors in this city. In supporting the Turkish economy, thus creating job opportunities in many fields.

In addition, there is a seaport in the city of Kocaeli for giant ships that are suitable for import and export business.

The ease of transportation, its flexibility, and the diversity of its means of sea and land transportation lines, are among the most advantages that Kocaeli can have, in addition to its proximity to important cities such as Istanbul, Bursa, and Sakarya, which makes this city attractive in the eyes of investors and businessmen.

The remarkable and continuous development of Kocaeli in terms of tourism constitutes an important advantage added to the other advantages. It is distinguished by the natural beauty of the Marmara region, wonderful beaches and lush forests, as well as historical artifacts that attract the attention of travelers.

Kartepe Ski Center is a favorite destination for thousands of local and foreign tourists in winter, while Masukiye is one of the most preferred recreation areas for Istanbul residents, especially in summer. 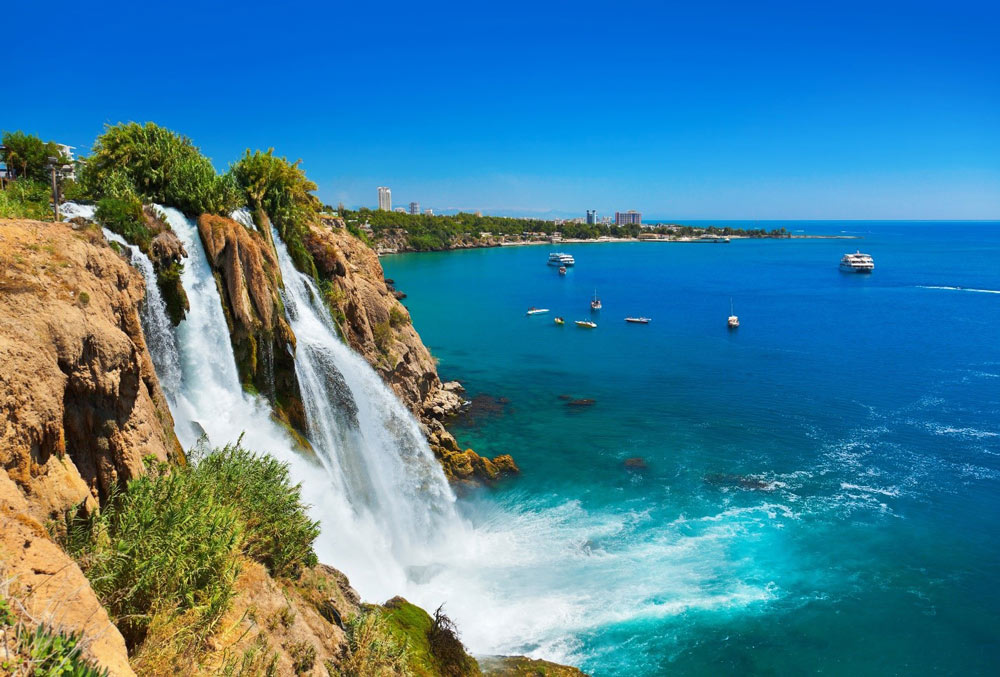 The Izmit region of Kocaeli is one of the best cities in Turkey for families. It is distinguished by its abundance of tourist places, and it provides many health, educational, and shopping centers in it.

Izmit is one of the most suitable areas for family housing, due to its calmness on the one hand, and its proximity to the most important and largest Turkish states such as Istanbul, Sakarya, and Bursa on the other hand. In addition, this area is characterized by its combination of industrial components represented by the abundance of factories and the natural tourism elements represented by green and beautiful landscapes.

The Izmit region is characterized by a variety of tourist attractions, which are a magnet for many local and foreign tourists alike.

Real estate investment in Izmit at the infrastructure level has been a motivator for the real estate market in Izmit, as the operation of the Sultan Osmangazi Bridge, and highway projects under construction have led to an increase in real estate prices in this region.

How does Imtilak Real Estate help families choose the best apartment in the best city and region?

Our services in Imtilak Real Estate begin with receiving the client at the airport via a private car, hosting him in one of the high-end hotels in Turkey, and ending when he receives the apartment key and obtains the Turkish passport.

First, Imtilak Real Estate studies the client's desires, the possibilities, and the preferences he considers among the Turkish states.

Imtilak Real Estate conducts a comprehensive study of all the areas that the client considers within his plans for family housing in Turkey, and after studying the options offered, the team takes you on a field tour to get to know the real estate on the ground and monitors a complete study about the property and all related specifications, the region and the positive advantages it has, and negative points objectively, if any.

The real estate experts in Imtilak Real Estate do efforts and harness all their capabilities in order to choose the apartment that he dreams of owning in the area in which he wishes to live.