The mosque is situated on the west bank of the Seyhan River with a distinctive view, making it a truly shining symbol of the city.

The foundations of the Sabanci Mosque were set on 13 December 1988 on a 65,000 square meter plot granted by the Greater Adana Municipality of the Turkish diyanet vakfi.

The people’s donations were for half the cost of the project, while the Sabanci family donated the other half and The Mosque was opened in 1998 as a center of worship. 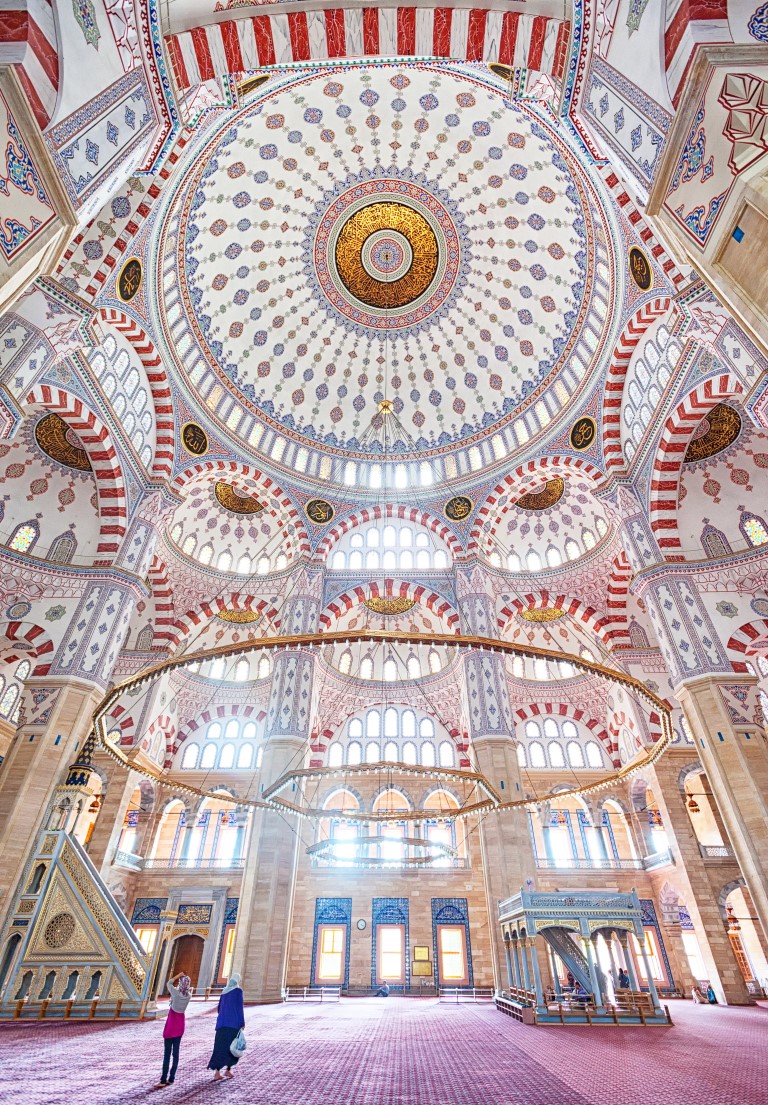 The architect Najib Denic designed the mosque with old Ottoman-style with a closed area of 12,900 m2; it has a capacity of about 20 thousand prayers and after the completion of the organization of the outer space has become a capacity of 28 thousand.

In some parts of the mosque, it resembles the most prominent mosques of Ottoman Islamic architecture. It is similar in appearance to the Sultanahmet Mosque and resembles in its planning and interior appearance the Süleymaniye Mosque. 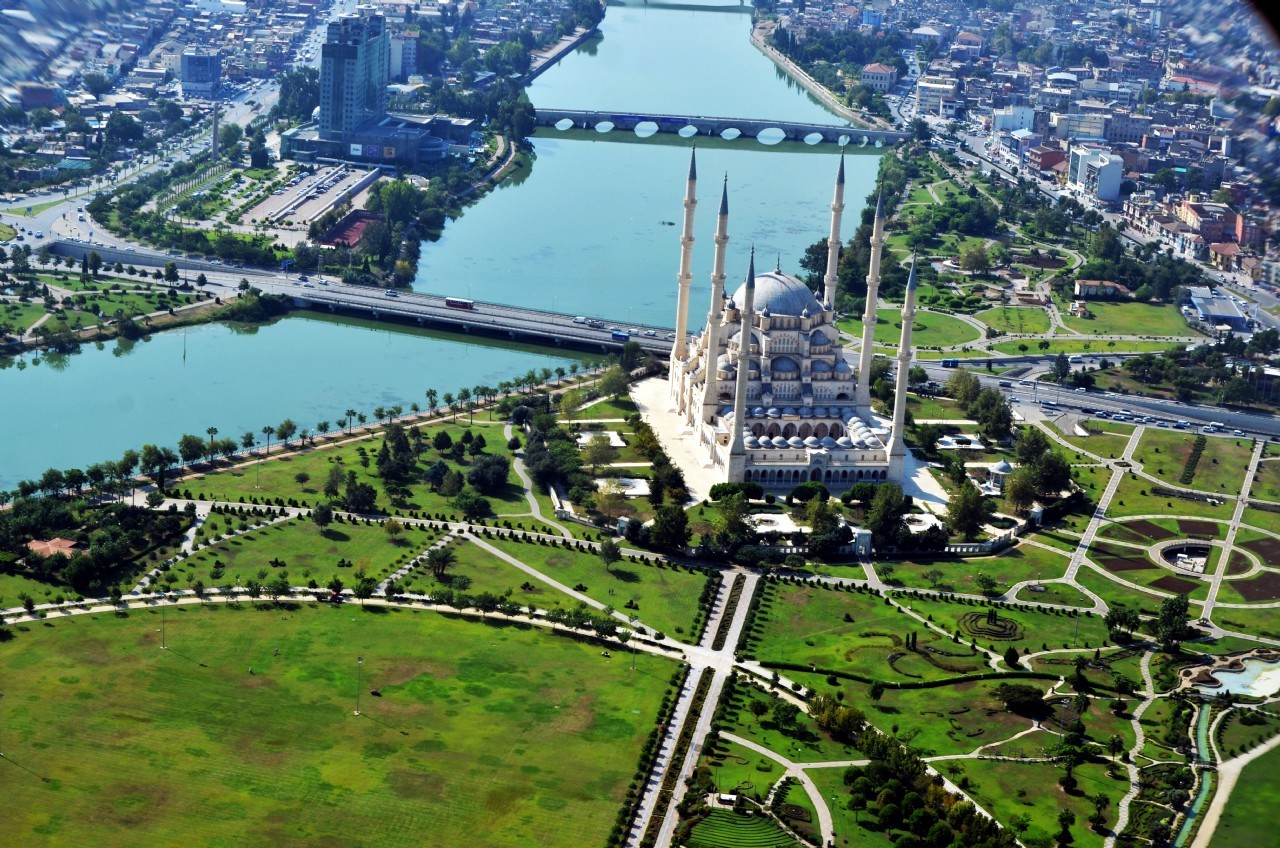 The ceiling of the main dome of the mosque is 32 meters high and is decorated with 40 windows that symbolize the age of the messenger (peace and blessings of Allah be upon him) when he was sent. The dome is supported by four semi-domes that refer to the four caliphs and are surrounded by five small domes symbolizing the five pillars of Islam It also has six minarets referring to the six pillars of faith, and the interior hall is covered with 28 domes referring to 28 prophets mentioned in the Holy Qur'an.

The mosque has four classrooms, ten rooms for seclusion at the mosque, a room for the imam and a room for the muezzin and living rooms, all equipped with the best potential, in addition to a large library in the western section that provides services to researchers and all people. 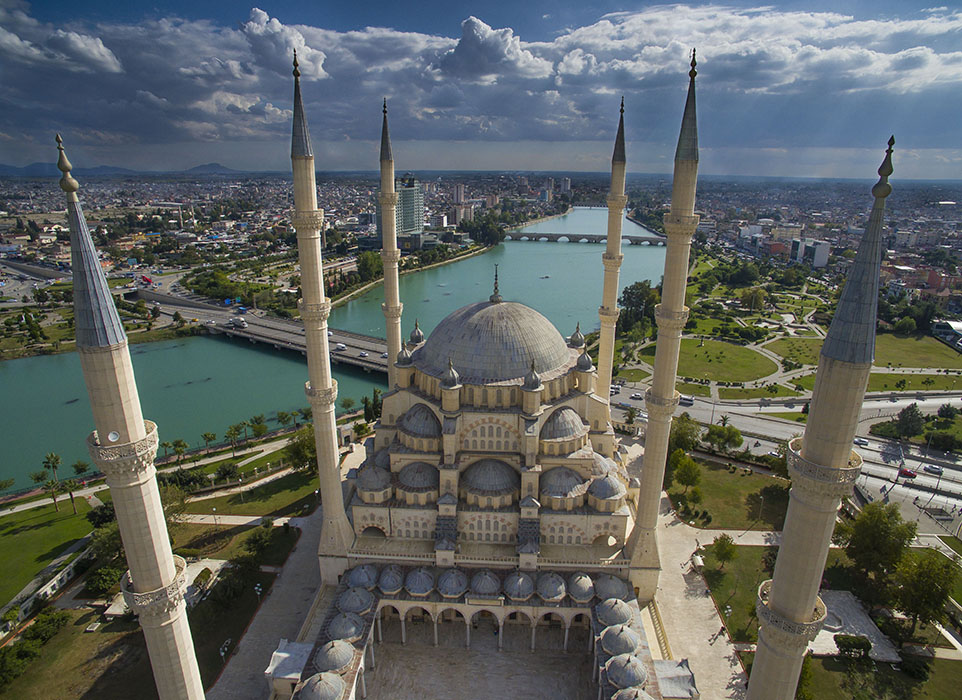 All in the mosque of drawings in Arabic calligraphy designed by calligrapher Hussein Kotlo, while the interior decoration was carried out by traditional methods by Samih Erch. The doorframes of the mosque, its crowns, the pulpit, the chair, and the mihrab were decorated with natural marble and were designed in a manner similar to those of the Ottoman mosques.

While the interior lighting schemes of the mosque were planned and implemented by Philips. In the mosque is a broadcasting system that broadcasts the adhan and khutbah on a 60 km radius.