The most prominent infrastructure projects in Turkey and their advantages

The most prominent infrastructure projects in Turkey and their advantages

Grabbing the world's attention to the speed of its civilizational renaissance, and its transformation into a point of economic attraction and global influence, Turkey was thus a prominent model worthy of talking about its current achievements and future projects in some detail.

What are the characteristics of infrastructure projects in Turkey?

Going back to more than two decades ago before the start of history in the current century, we find that Turkey and its major cities have undergone a great change until yesterday's Turkey is not similar in many respects to Turkey today.

In fact, this renaissance as a whole can be attributed to the availability of a firm decision and a real will to change for the better, given the availability of the required capabilities, sufficient human and scientific strength, in addition to many other advantages that are linked to many additional factors.

How have infrastructure projects developed in Turkey in recent years?

Starting with the scientific revolution, industrial development, moving to modern means of transportation and advanced communications, and the renaissance in the health field; governmental, semi-governmental, and private projects in Turkey have undergone a huge transformation.

Perhaps one of the most important reasons for this transformation and development in infrastructure projects, in general, is the huge government facilities, and even the great contributions that have played an undeniable role, through the support and rationalization of these works, and their contracts with major international companies to implement these projects in an optimal way.

What are the most prominent infrastructure projects in Turkey?

The cultural renaissance of infrastructure projects in Turkey extends to all aspects of life, the most important of which are:

Turkey has taken advantage of its construction capabilities in implementing ultra-modern highways and transportation projects, forming an exemplary model in the dynamics of movement, especially in its major cities, or even between its nearby and far states alike.

In this context, the past years witnessed the opening of some highways, such as the Izmit Istanbul road, which shortened the journey time between the two states to more than 5 hours from its normal time.

Turkey made its important and pivotal decision to establish its largest airports and airports in Europe in general, and the second largest in the world, within the city of Istanbul, so that this airport would link most of the air navigation points.

Within a short period of time after its launch, the Istanbul International Airport project turned into a beehive that never knows calm, continuing night by day as it connects the east to the west and the north to the south.

What’s special in Turkey is that most of its 81 states have local or international airports, so the option of moving between states is available in record time and at relatively acceptable prices. 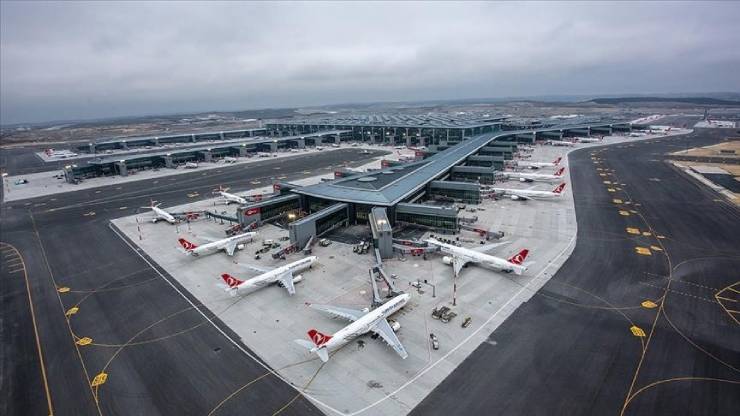 Infrastructure projects in Turkey extend to all types of transportation, all in a modern look that strives towards modernity. Railroads for intercity trains, subway lines, and tram lines are just some of the images of this accelerating renaissance, the most recent of which we mention:

In addition to what Bursa, Antalya, the capital Ankara, Gaziantep and other Turkish cities have in terms of metro networks or express trains, and the upcoming projects.

The nature of the topography of cities sometimes imposes a reality that must be dealt with through the construction of tunnels that provide ease of movement and movement. We mention the most important of them: 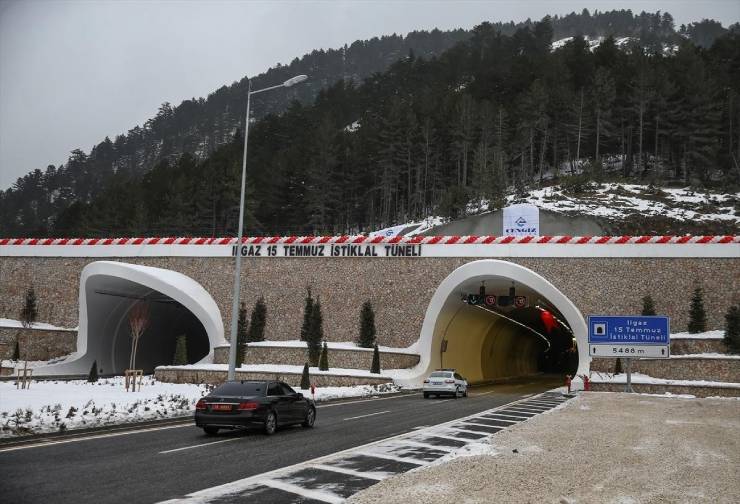 With its beginning, the third millennium came with an unprecedented communications revolution. So far, Turkey has launched 10 satellites, some of which specialized in covering some remote areas of the country with internet and communication services, the last of which was the satellite launched by Turkey in early 2022. It is the first miniature satellite launched by Turkey into space via the "Falcon 9" rocket of the American company "SpaceX".

In addition, Turkey has a strong communications network that covers communications and internet services in all populated areas of the country, all with acceptable usage costs compared to the surrounding countries, and a connection speed that competes with many European countries.

A report published by Anadolu Agency last May of 2021, presented some of the statements included in the Turkish President's speech at the activation ceremony of the first turbine (which is one of six other turbines) at the hydroelectric power station on the Ilisu Dam.

President Erdoğan said, "Turkey had 276 dams until 2002, while the total number of dams increased to 585 within the past 18 years," and the Turkish President concluded by saying, "We will open 17 additional dams in the near future."

The great number of Turkish dams built on rivers and their water resources suggests their high water capacities, and their prior readiness to deal with crises or manage these resources in the safest way. 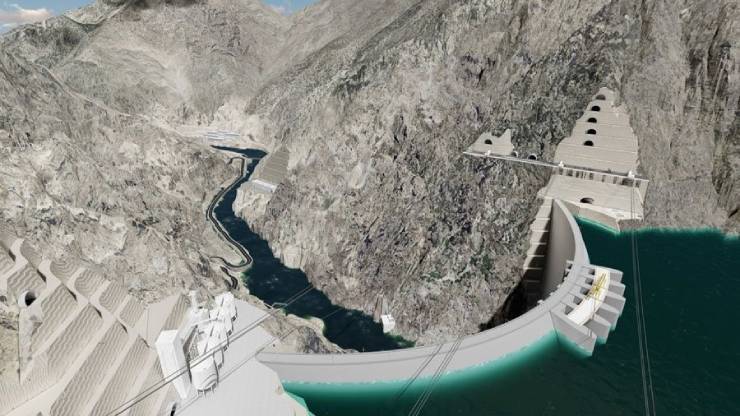 A group of Turkish universities also ranked high on the international university scale as one of the best universities in the world.

In the health context, hospital sector, and medical research centers, Turkey has in recent years been implementing a number of giant medical projects, the most famous and recent of which were:

9. Services and facilities essential to the economy

The evidence of the efforts made to transform Turkey into a global economic and trade destination is seen in the growth of the Turkish economy during the past year 2021, which amounted to 11% compared to the year before 2020. The data indicated that Turkey's gross domestic product during 2021 increased by 42.8% compared to 2020, to reach 7 trillion and 209 billion and 40 million Turkish liras.

What are the future plans for infrastructure projects in Turkey?

In the previous detailed paragraphs, we referred to a group of projects that have been completed in Turkey or that are still underway within the various sectors of life.

In fact, Turkey still has a large group of projects waiting to be harvested soon, and whose seeds have been sown during the past years, the most important of which are:

What are the best Turkish cities in terms of infrastructure?

It is normal in a vast country such as Turkey that cities and states vary with some services that are available in a number of cities and not others, given what is imposed by the need, population density, the nature of the site sometimes, and so on.

However, we can arrange the Turkish cities according to the scale of the availability of their services and the strength of their infrastructure in the following order:

How does the infrastructure in Turkey affect the value of investing in the real estate sector?

It is not surprising that the development of major infrastructure projects affects the real estate sector and its prices, especially when these projects add more advantages to the site in general.

For example, Basaksehir Medical City contributed significantly to raising real estate prices and rent within the region, by more than 50% and sometimes upwards, due to the fact that this huge project attracted an increasing number of residents to the region.

Currently, following the announcement of the decision to build the new Istanbul Water Canal, real estate prices have exploded in an unprecedented manner in the vicinity of the path to be completed, with the expectation of an increase in prices in the future.