The historic Soumela Monastery is located in the village of Altindere, in the region of Macka Trabzon, amid dense forests and on a slope about 1200 meters above sea level.

Where is Soumela Monastery Located in Turkey?

The historic Soumela Monastery is located in the village of Altindere, in the region of Macka, Trabzon, amid dense forests and on a slope about 1200 meters above sea level.

It is said that the monks Sofranio and Pranabas from Athens, Greece established Monastery of Soumela between 375 and 395 AD.

However, Emperor Justinius restored and expanded it in the 6th century. 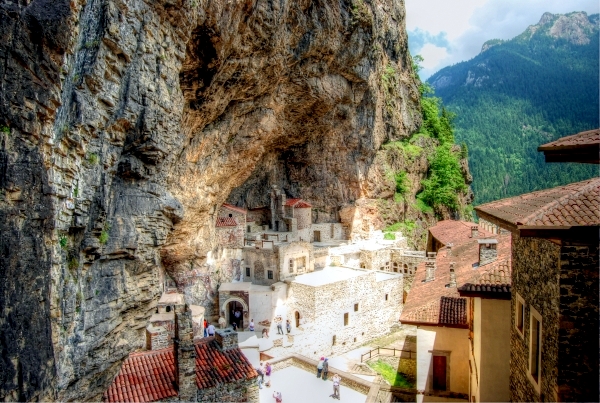 It is known that the monastery of Soumela took its present form as it is now in the thirteenth century. Its importance increased in 1204 after the founding of the Principality of Trabzon, and after the Turkmen immigrants entered the Black Sea region Ulu Monastery care and protection.

In the eighteenth century, many parts of the monastery were renovated and some of its walls were decorated with ornaments.

A Tour in the Soumela Monastery

Soumela Monastery consists of several essential parts, the main rocky church, with many temples attached to it. Its large parts include a kitchen, a student room, a guest room, and a library.

A long canal runs at the foot of the mountain at the entrance to the monastery. However, much of this channel has been destroyed today.

The entrance to the monastery consists of tall and narrow staircases and features a large door next to it and rooms for guards from which to access the main lobby via its special staircase.

In addition to the library, there is a large terrace adjacent to the rooms used to be s guest rooms dating back to 1860 AD and surrounded by the main lobby warehouses and rooms showing traces of Turkish architecture.

Why is Soumela Monastry Attracts Many Tourists?

The Turkish government has been in the process of repairing and restoring Soumela Monastery.

Repairs, the first phase of the monastery's restoration, included the 300-meter-long pedestrian road leading to the monastery, the restoration of some of its buildings, and the repair of stairs inside. 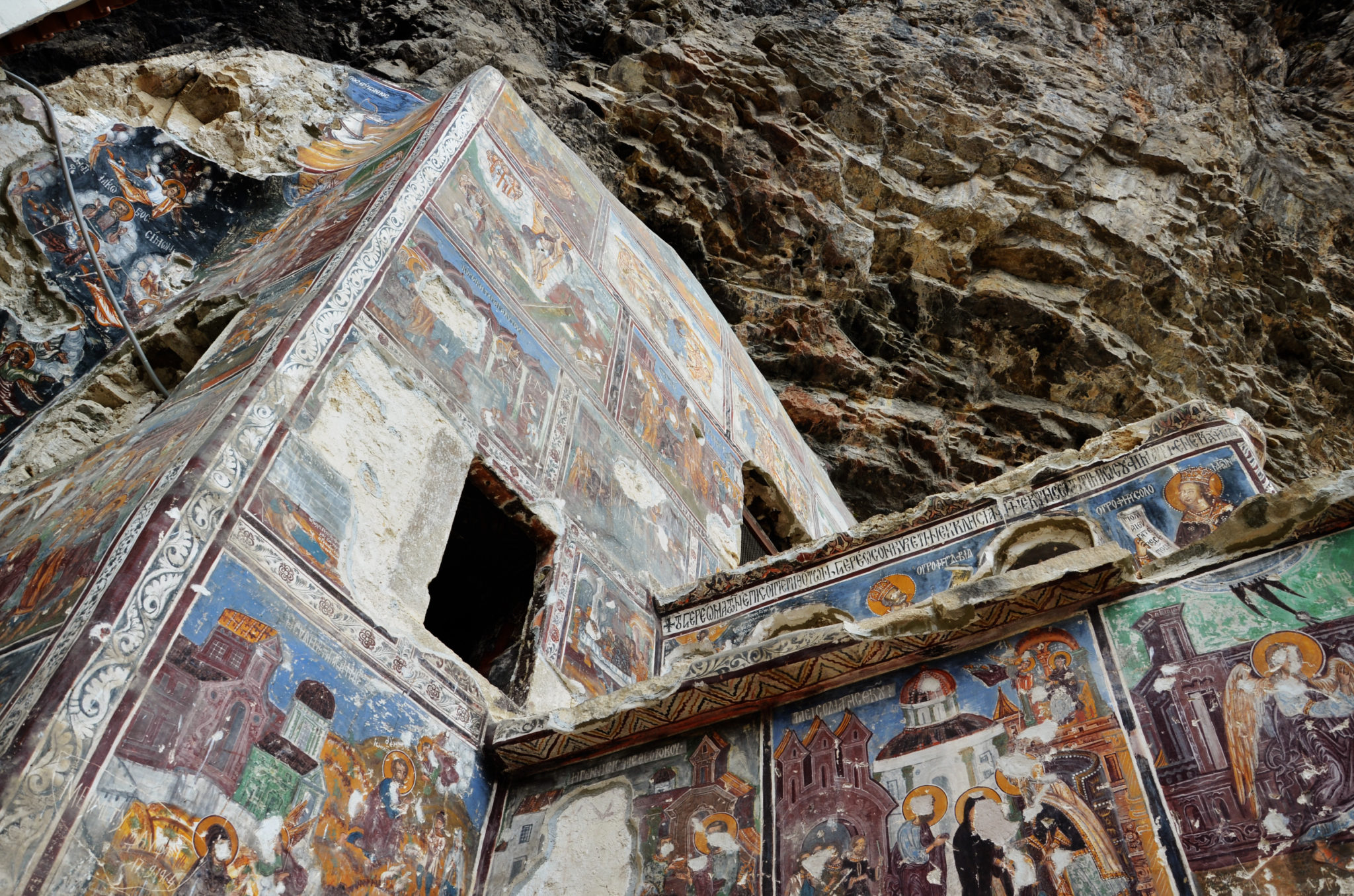 Furthermore, the restoration work reached a point far from the surface opposite the northern side of the monastery that had not yet been reached through a hidden corridor.

The second phase of the restoration will include the site of the churches and the rows inside the temple, where the rocks that make up the temple will be repaired and cleaned.

"I have seen pictures of the monastery on several websites before and I wanted to come," said Isabel, who came to Trabzon from France to visit the monastery.

"The monastery and the surrounding area are much more beautiful than they appear in the pictures," she added.

"The first stage of this place has now opened, and I think we will come there with many tourists this year. Everyone who wants to do tourism in the Trabzon region wants to see it. Some of the places inside cannot be visited so far because access is dangerous, and we are responsible for every local and foreign visitors we bring to this place," Said the tourist guide Shaaban Afgi Figo.

"I hadn't visited this place before, we used to see this place from afar a rock structure, but when we came we saw how nice the place is, we are excited to visit the rest of it once it has been repaired," the visitor Bushra said.

The Turkish Ministry of Tourism is planning to complete the restoration work at Sumela Monastery in 2020. The monastery will be transformed from a monumental relic on the UNESCO World Heritage List to a permanent place on the list after the repairs.

2,890
Search for your apartment