Your comprehensive guide to know about the Taksim area in Istanbul, its advantages and the nature of housing, owning, investing and buying an apartment in it. Learn about shopping in Taksim and its infrastructure.

Information on Taksim area in Istanbul

Taksim is one of the most famous areas in Istanbul, and it has a great value for everyone, as it was in the past a region to divide water on the neighborhoods and regions of Istanbul, and that is why the area was called (Taksim) due to the distribution and division of water among the city’s regions. Also, Taksim, which is located in the heart of Istanbul, contains historical places in Istanbul, with modern touches that give an atmosphere of beauty to the monuments, in addition to the commercial markets, which made the movement in Taksim Square and Istiklal Street branching from it like a flowing river that does not stop, between tourists and residents.

It is a vital area of Istanbul, so it has an advanced infrastructure that places it at the serving areas of the city. It has all kinds of transportation that it comes to or proceeds from, it has a metro station, it has access from all places in Istanbul, it has the name of Taksim station, it runs through a subway line from the Vezneciler station which is at the end of the Grand Bazaar in Sultanahmet, and taxi stands are located everywhere to serve tourists or residents.

Universities and schools in Taksim

Hospitals and health centers in Taksim

Taksim contains many hospitals and health centers that meet the needs of residents or visitors around the clock, including the government hospital in the region, as it has various types of clinics, in addition to the Emergency department, and the military hospital is located in the same area. As well as Acibadem Hospital, and the area includes various clinics that care for the health of the family, with the presence of a specialized doctor.

Malls and shopping in Taksim, Istanbul

Taksim contains various shops and stores with various types of goods, gifts and residents’ needs. Istiklal Street in the area is well known for its shops, which are intended for people and tourists to shop and buy basic and recreational items. Markets in Taksim area are famous for meeting the different requirements of tourists, particularly Arabs, by offering them everything they want at competitive prices. 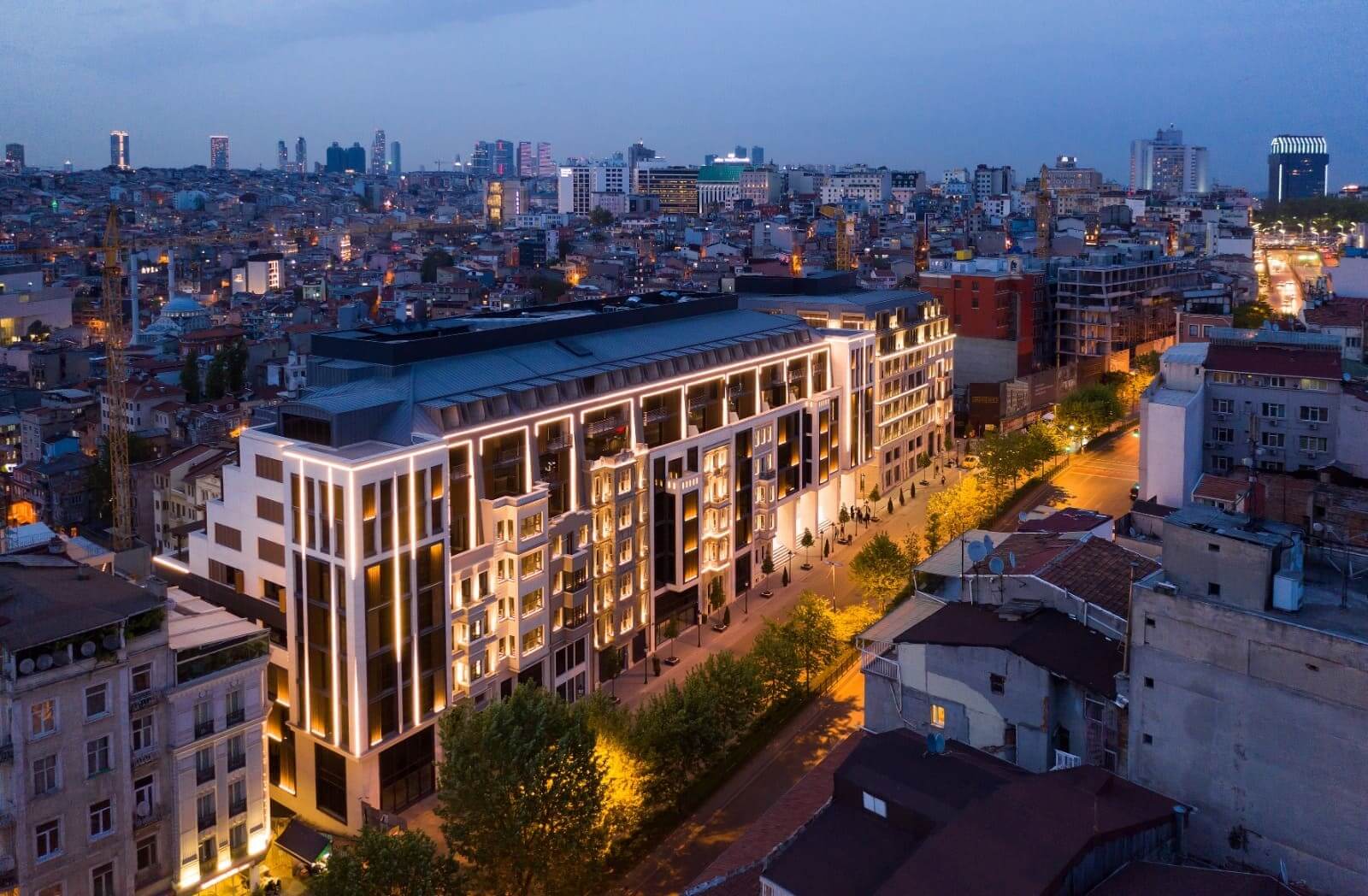 What are the most beautiful places in Taksim, Istanbul?

Istiklal Street extends from Taksim Square to the area of Karakoy, one of Istanbul's most famous streets, with the oldest houses and buildings, the old narrow alleys are distributed on its outskirts. The street contains religious places, such as the Recessed Church and Hussein Agha, and modern tourist places such as the famous wax museum, Madame tussauds, in addition to Galata High School, which is famous for its outstanding construction. Also, houses the international diplomatic centres and consulates of several countries, such as Russia's consulate, as well as service centres and hotels hosting major international conferences.

Learn about the most famous areas in Istanbul and its features

This square is the most popular in Turkey and is a tourist destination for many of the world's tourists, as it is located in the city centre, contains many historical, tourist and archaeological places, as well as hotels and restaurants, and is also the preferred location for public gatherings; in order to celebrate events, it includes a market that witnesses activities, art exhibitions, children's activities, book exhibitions and handwriting. The market is rarely free of any activities which increases the vitality of the place, and the square also includes a monument to the Turkish Republic and the Day of Liberation and Victory.

Also, get to know about Nisantasi, the most prestigious district of Istanbul.

The advantages of living in Taksim in Istanbul

The real estate residence in the Taksim area is characterized as a vital residence, as the area includes various major life and entertainment activities, and also contains the most luxurious hotels, the most luxurious restaurants and the most famous markets, and the infrastructure in it is developed to suit the fame of the place, and the resident in the region can move in Istanbul comfortably due to the density of services associated with various transportation, and the region contains modernity as well as historical places in Taksim.

The advantages of buying an apartment in Taksim

The European Taksim region is characterized by its well-developed infrastructure. There is an ongoing modernization of infrastructure, a continuous renovation of roads and transport in general, a metro that serves thousands of people every day, schools and universities, the most prestigious hotels, the largest service centres. Shopping places are distibuted in a way that makes real estate investment in Taksim with guaranteed profitable returns. 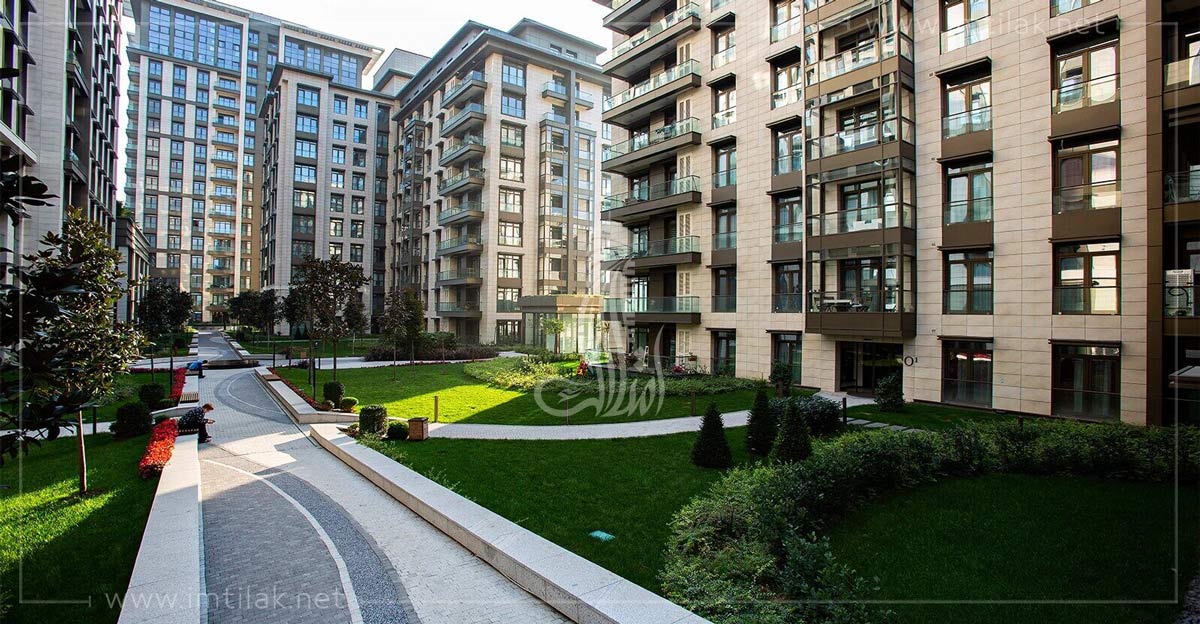 Where beauty and importance you find Imtilak Real Estate, as it owns the most luxurious real estate projects in Taksim; the most vital area in Istanbul. Taksim 360 project is suitable for investment, and is characterized by the presence of the title deed, and for being suitable for obtaining Turkish citizenship, and the Panorama Taksim project in the Beyoglu area was built on the foundations ancient historical buildings while preserving the historical, architectural and cultural value of the building meticulously and carefully, in the first partnership of its kind between the public and private sectors.

FAQs on the Taksim area in Istanbul

Taksim is located in the European city of Istanbul, one of Istanbul's most important tourist areas, it represents the center of the ancient neighborhood of Beyoglu, and has a great place for all. It also contains historic places in Istanbul, with modern touches that give a beautiful atmosphere to landmarks, as well as commercial markets and luxury hotels.
Taksim can be reached from all areas in Istanbul, the region has a full extension of transportation, and it has the famous Taksim station, and the buses that follow the municipality are many and serve the area towards all of Istanbul.