Learn about private and public transportation in Kocaeli, Turkey, its types, whether the transportation network covers the entire city, and how it affects the investment value of the city

Before talking about transportation in Kocaeli, we must talk about the beginning of commercial and social life in the city in the 19th century, when the civilizational recovery began in the city after the railway line, which was operating between Istanbul and Izmit in the 19th century, which was previously working on the Haydarpaşa-Ankara road since 1873, all the way to Izmit.

Kocaeli has been one of the fastest developing Turkish provinces, especially in the field of industry of all kinds. The main reason for this is its proximity to Istanbul and the diversity of transportation opportunities within the city.

The most popular means of transportation in Kocaeli

In Kocaeli, we talk about a range of the most important means of transportation that facilitate the movement of life and the rotation of its wheel within this vital and important state.

The municipal bus lines in Kocaeli have distributed over 360 bus lines whose missions are inside and outside the main cities. The buses accommodate 80 passengers and are equipped to provide services even for the disabled, and with modern advanced features.

The fare for riding on these buses varies according to the length of the distance of some lines, some of which are long, medium distance, or perhaps short.

For more information on bus lines and their updated ride costs, you can check the following link of the Kocaeli Metropolitan Municipality: (Kocaeali bus lines and riding costs).

The Kentkart smart card can also be used as an electronic payment method within all means of transportation of Kocaeli Municipality, and it can also be filled with money either through the designated slots or using the electronic application. 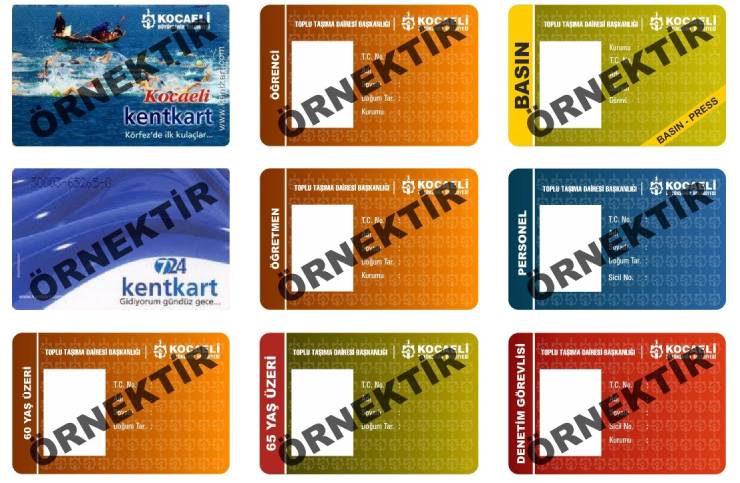 Dolmuş (private buses) is one of the vital means of transportation in most Turkish cities, due to its ease of movement between the alleys and streets of Kocaeli, and its acceptable medium size between small cars and large buses.

Its lines vary and pass among alleys, areas, and neighborhoods, according to many lines, and the cost of a ride is determined by the municipality.

Like other Turkish cities, the taxi and taxi transportation service provide smooth movement and ease of movement between parts of cities and their regions.

To book a taxi, choose the desired destination, and know the expected fees before your trip, we advise you to use the BiTaksi application that works on smartphones, and its service extends across a number of Turkish cities, in addition to providing detailed information about driver data, type of car, and more.

The fee for the initial ride (opening the meter) on the date of writing this article starts from 7 TL, and the unit of account for the fare is every 100 meters. To check the details of the fees set by the municipality, you can click on the following link (taxi fares in Kocaeli).

The tramway in Izmit extends from its bay to the Autogar station, crossing 16 stations on its way. The tram vehicles, through their successive trips, provide comfortable and efficient transportation service between the parts of the city of Izmit, linking the most vital points of this city. The fare can be paid with the Kentkart smart card mentioned earlier.

The quality and advantages of the transportation network in Kocaeli

Turkey is the largest manufacturer and exporter of buses in Europe, as Turkey has begun to make a name for itself in the electric bus industry. It is worth noting that the Turkish bus factories in Gebze, located in the Kocaeli province, export their production to 45 countries around the world.

Generally, we can describe the transportation network in Kocaeli as integrated with each other, and it is performing its role effectively.

Kocaeli overlooks the Sea of ​​Marmara in the south and the Black Sea in its north. The transportation movement of sea ferries in Kocaeli is concentrated within its ports located in the Sea of ​​Marmara, specifically on the two sides of the Gulf (Izmit Gulf).

Up to the following seven stations:

These stations offer a seamless connection between the two sides of the Gulf and an enjoyable tourist crossing. 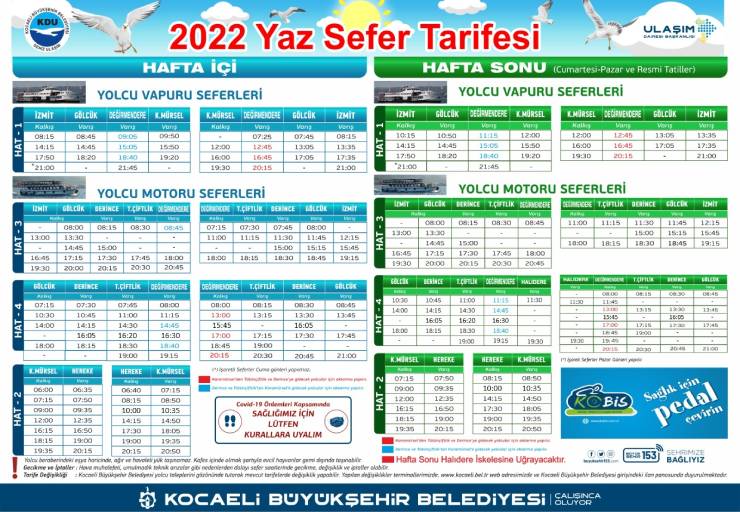 Does the transportation network in Kocaeli cover the whole city?

It is distinguished in most Turkish cities, that you are in a geographical location within the city, as long as there is urban expansion, expansion plans for the transportation network follow to accommodate that expansion.

However, there is no doubt that the regions are not the same, and the heart of the city of Izmit, which is the center and capital of the state, cannot be compared with another site far from the city or on its far outskirts.

The feature of Kocaeli's proximity to Istanbul, in addition to the smooth movement between parts of the two cities, passing through the highways that represent a link between them does not indicate its features and borders to highway signs that tell you about the line separating the two cities.

Therefore, it was also natural for the real estate industry and trade to flourish in Kocaeli, especially for those who wish to obtain a property with good features and relatively acceptable prices.

Real estate is affected directly by transportation services and the linking of the real estate area to the depth of the city and its central and lively areas.

In fact, transportation and ease of access to the location may sometimes be a reason to raise the value of the property, which is unmistakable, especially in major cities, such as Istanbul, where it is sufficient to announce a future subway station in a location to be a direct cause of clearly increasing prices.

Imtilak Real Estate has many real estate options suitable for housing or investment, and Imtilak provides its services with all professionalism, without charging its clients any additional fees for these services.

Among the real estate models with specifications that apply to our article, Garden Project 636 (2) - IMT:

For more information, contact the Imtilak Real Estate team, which is always ready to provide the best service, around the clock.

A comprehensive guide about public and private hospitals in Kocaeli, the treatment specialties they offer, and the most...

Kocaeli City
The best international and Arabic schools in Kocaeli

Learn about public schools, international and Arab schools in Kocaeli, their prices, the areas in which they are located...

3,302
Search for your apartment