Everything you want to know about the law of Emiratis owning in Turkey, and Emiratis buying and investing in real estate in Turkey; a detailed guide brought to you by real estate experts at Imtilak Real Estate.

Besides, the rate of real estate sales in Turkey to citizens of the Arab Gulf states is increasing significantly year after year. The share of Arab Gulf citizens in sales for the first three months of 2019, which amounted to 2.5 million square meters, equivalent to 868,000 square meters, was sold to 4,467 Gulf citizens, and the percentage of Arab purchases out of the percentage of public sales was about 35%.

While the citizens of the Arab Gulf countries had bought in 2018, the equivalent of 308,000 m² and the number of buyers was 2,196 people, which indicates the doubling of the Gulf’s demand for real estate and homes in Turkey in the period preceding the Coronavirus pandemic, as it is expected Gulf investment will return, including Emirati investments and purchase of a real estate in Turkey, with the beginning of the pandemic.

Law of Emiratis owning and buying real estate in Turkey

With the Turkish government issuing its decision to amend the property law regarding foreign ownership in Turkey in 2012 and abolishing the “reciprocity” condition, the most important thing in it was to raise the conditions of reciprocity to which foreign investors were subject so that individuals belonging to foreign countries would be able to buy a property in Turkey. If Turks are not allowed to own properties in those countries to which these individuals belong, with the aim of attracting more foreign investments, which is considered a radical change in Turkish law, as we mentioned before, and then the Arabs’ interest in acquiring real estate in Turkey began. Citizens of the Arab Gulf countries, including the Emiratis, have a clear presence in real estate investment in Turkey.

How many properties can an Emirati buy in Turkey?

Concerning the law of Emiratis’ ownership in Turkey and the number of properties that Emirati citizens are allowed to buy in Turkey, according to Turkish law, the total amount owned by foreign individuals, including Emiratis, should not exceed 10% of the area (town) in which to purchase, and the total area of ​​what one Emirati individual can own in all cities of Turkey on 30 hectares, or 300 acres, and the right to raise this area to 60 hectares was given to the Turkish Council of Ministers.

According to the ownership law in Turkey, the ownership of foreigners in areas that can be classified as military areas is linked to the approval of the Chief of Staff of the Army and the leaders they represent, as well as with lands that can be classified as special security areas, as they are linked to the approval of the Turkish state (province) in which there is Where the property to be purchased.

What areas do Emiratis focus on when buying real estate in Turkey?

Istanbul comes at the forefront of the areas that Emiratis focus on when buying real estate in Turkey, especially in the central areas of Istanbul, such as Çamlıca, where there is an Emirati real estate project that won the award for the best mixed-use architectural building in Europe, and it includes residential buildings along with a hotel and a shopping center on an area of ​​150,000 m².

The Büyükçekmece district of Istanbul Europe, also stands out by attracting Emirati investors with luxury apartments and villas with beautiful views of Lake Büyükçekmece.

Reports indicate an increase in the volume of Emirati investments in the real estate sector and an expansion in the construction of hotels, resorts, and villas in many tourist areas in Turkey, such as the Mediterranean region, especially in Antalya (the capital of tourism in Turkey), which was included in the plans of some major Emirati investors to invest in its profitable properties, as well as the Black Sea region, especially the green city of Trabzon, in addition to Bursa, Yalova, and Sapanca; where Emirati companies are active in building apartments, luxury residential complexes, and mega projects.

What are the most famous Emirati companies operating in the real estate sector in Turkey?

The total Emirati investment flows to Turkey amounted to about 18.4 billion dirhams at the end of 2020, as Emirati companies invest in many vital sectors in the Turkish markets, including the real estate market.

The famous Emaar stands out among the giant Emirati companies in the field of real estate investment in Turkey - it’s a semi-governmental company that built the Burj Khalifa, the tallest building in the world - which has recently increased its investments in the Turkish real estate sector. Among the projects in which the company participated in the construction of an entertainment city in Antalya (Turkey’s tourist capital) on an area of ​​​​up to 639,000 m², and the city includes a theme park, a wildlife park, a water park, a 5-star hotel, and a hotel designed specifically for children, and the value of the project amounted to $1 billion.

There’s also Damac Real Estate Company, which is an Emirati real estate company established in 2002 and is considered one of the largest real estate companies in the Middle East and the Arab world and is headquartered in Dubai, where the company expanded its reach in the Middle East, the Arab world and Turkey by establishing for many major projects.

The Emirati group, "Capital Towers" for direct investment, announced in 2016 that it had invested about $900 million in the Turkish market. 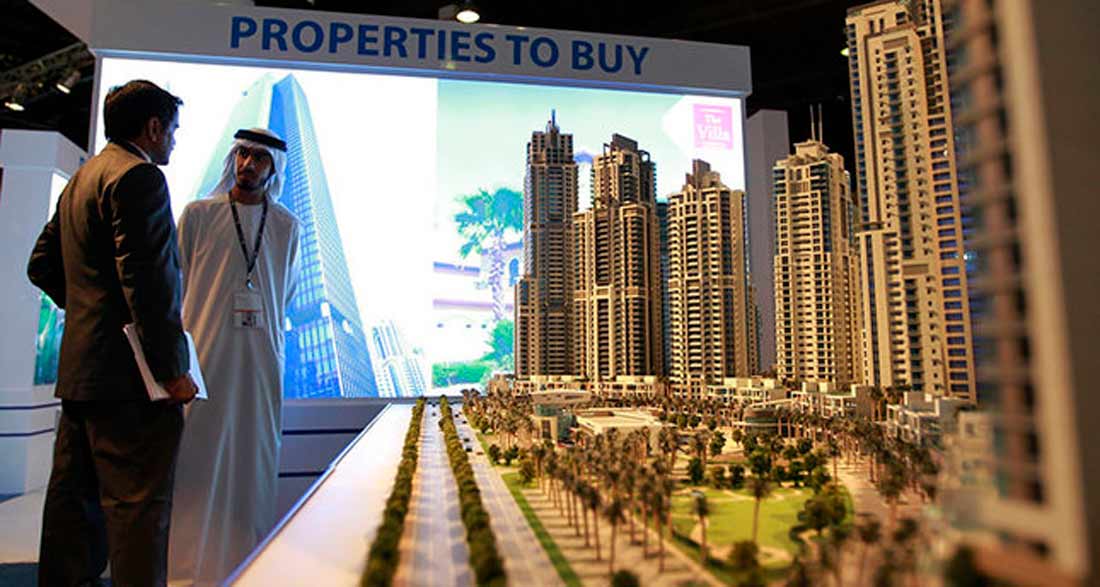 In the past years, the volume of Emirati investments in the real estate sector has increased and the construction of hotels, resorts, and villas has increased in many tourist areas in Turkey. The Emiratis own many real estates, commercial markets, and resorts in important tourist cities in Turkey, such as Antalya, Trabzon, Bursa, Yalova, Sapanca, and Istanbul.

Among the most important Emirati investments in the real estate sector in Turkey, there’s the Emaar Square project or "Emaar Square" or Emaar Residences, which is a residential complex within a huge project that includes a five-star hotel and a shopping center and offers apartments with high-rise views of Istanbul, enjoying the best beauty, luxury and modernity standards with its elegant architecture and high-quality finishes.

As well as the Lake Valley project with its luxurious buildings and beautiful views, next to which there is land designated for the construction of a shopping center in the style of Woodbury Shopping Center in New York. 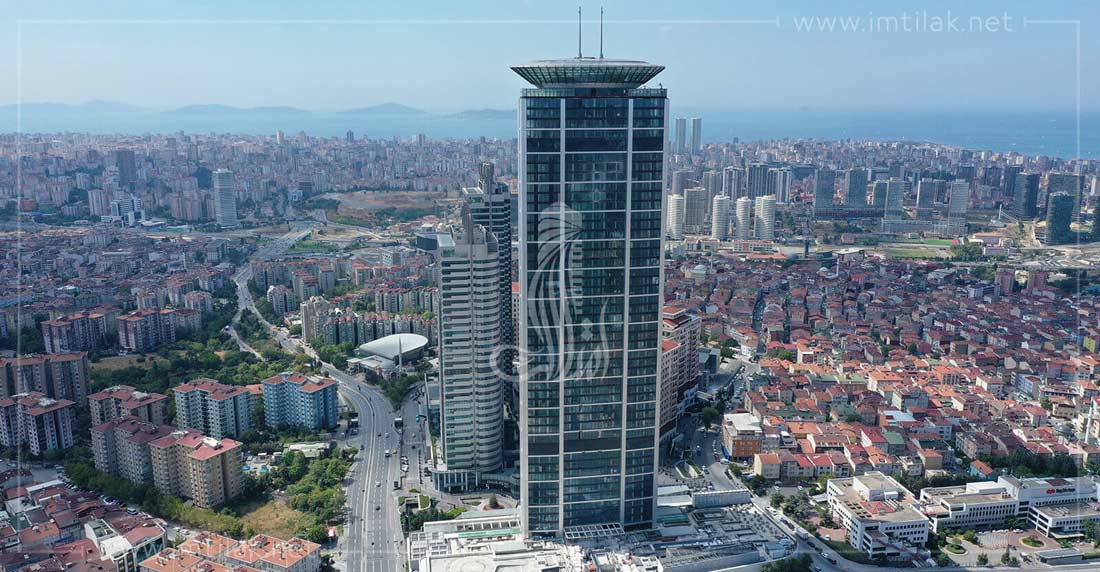 Imtilak Real Estate Company offers its services to Emirati investors, as it is a large-scale Turkish company, specializing in real estate consultancy and brokerage, and it has many branches located in Istanbul, Bursa, Izmit, Trabzon, Sakarya, Antalya, and Ankara. It has dealings in other cities within Turkey; it also has agents in several Arab cities, and many agreements with most of the major Turkish construction companies, as the company focuses its attention on foreign real estate investors wishing to own property in Turkey.

Imtilak has achieved successes in the real estate markets in Turkey during its long career, and gained extensive practical experience and a good reputation locally and regionally, winning the trust of foreign investors and Turkish construction companies. In other words, it is ready to provide what Emirati investors wishing to invest in the promising Turkish real estate market need.