Information about the Esenyurt area in Istanbul, living, and investing in it

Learn more about the Esenyurt area in Istanbul, the advantages of living and investing in it, its most beautiful tourist places, and how far it is from Taksim and the city center

Information about the Esenyurt area in Istanbul, living, and investing in it

When talking about the most famous areas of Istanbul, the context of the conversation brings us to the famous Esenyurt area, so, where in Istanbul is Esenyurt located? What are the most important advantages of investing in and living in Esenyurt? What are its most important features, markets, and parks? And what do you know about the vital Square of Esenyurt?

We will answer all of these questions and we will address other important points in the following article.

Information about the Esenyurt area of Istanbul

The area of Esenyurt municipality in Istanbul is 2770 km², and according to the latest statistics issued by the General Directorate of Population and Citizenship Affairs at the beginning of 2020, the population of Esenyurt reached: 954,579and the youth make up a large segment of its population who are divided into 43 section in Esenyurt.

Esenyurt was established as an independent municipality on the 22nd of March 2008, under law number 5747. Regarding the history of urban expansion in Esenyurt, it dates back to the 19th century and before that it was an agricultural region producing crops to other areas, and it was called "Esenyurt" in relation to one of the owners in it.

Where is Esenyurt located?

Esenyurt is located in the European part of Istanbul, and it is bordered to the south by the E-5 Highway, and behind it lies the Avcilar and Beylikduzu areas, and its eastern side overlooks Kucukcekmece Lake which is the gateway to the new Istanbul Water Canal, and the Buyukcekmece Lake is to the west of it. 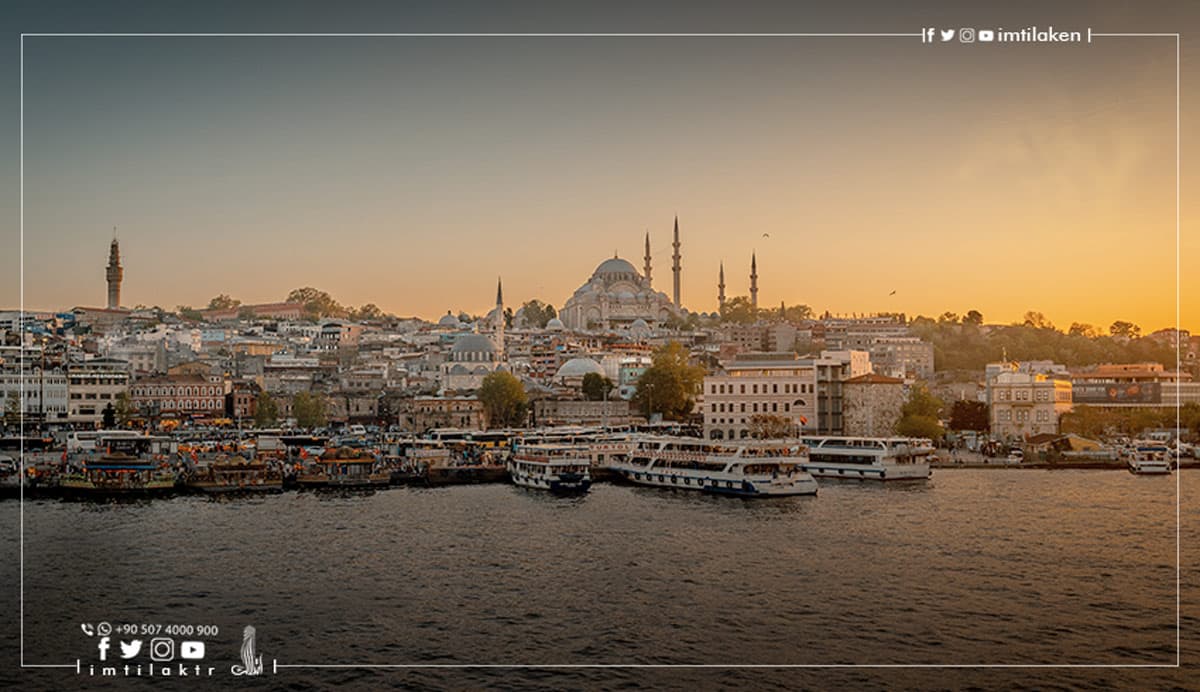 How far is the Esenyurt from the Taksim area?

Esenyurt has a good and vital location because two extremely important highways pass through it, namely the: E80 and E5, which make up the lifeline of the entire city, and through them you can get from Esenyurt area to all other vital areas of the city.

Esenyurt is about 31 km away from Taksim, and it can be reached by car within about 30 minutes at non-peak times, and about an hour and 20 minutes using public transportation or using the Metrobus, which is one of the most important and fastest means of transportation in Istanbul.

Advantages of living in Esenyurt Istanbul

In recent years, Esenyurt has turned into one of the most vibrant areas because of the many advantages that drove investors and many people to it, whether to live or invest in it.

Some of the most important advantages of residence and living in Esenyurt are:

Esenyurt in the European side of Istanbul hosts more than 20 huge shopping centers in its neighborhoods, in addition to tens of other popular markets and various shopping centers.

Perhaps, some of the largest shopping malls in Esenyurt and the most important are Marmara Park Mall and Torium Mall which are located on the E5 highway, and adjacent to the Beylikduzu area.

Among the most important vital markets there are Esenyurt Meydan (Square) and the Thursday Bazaar. 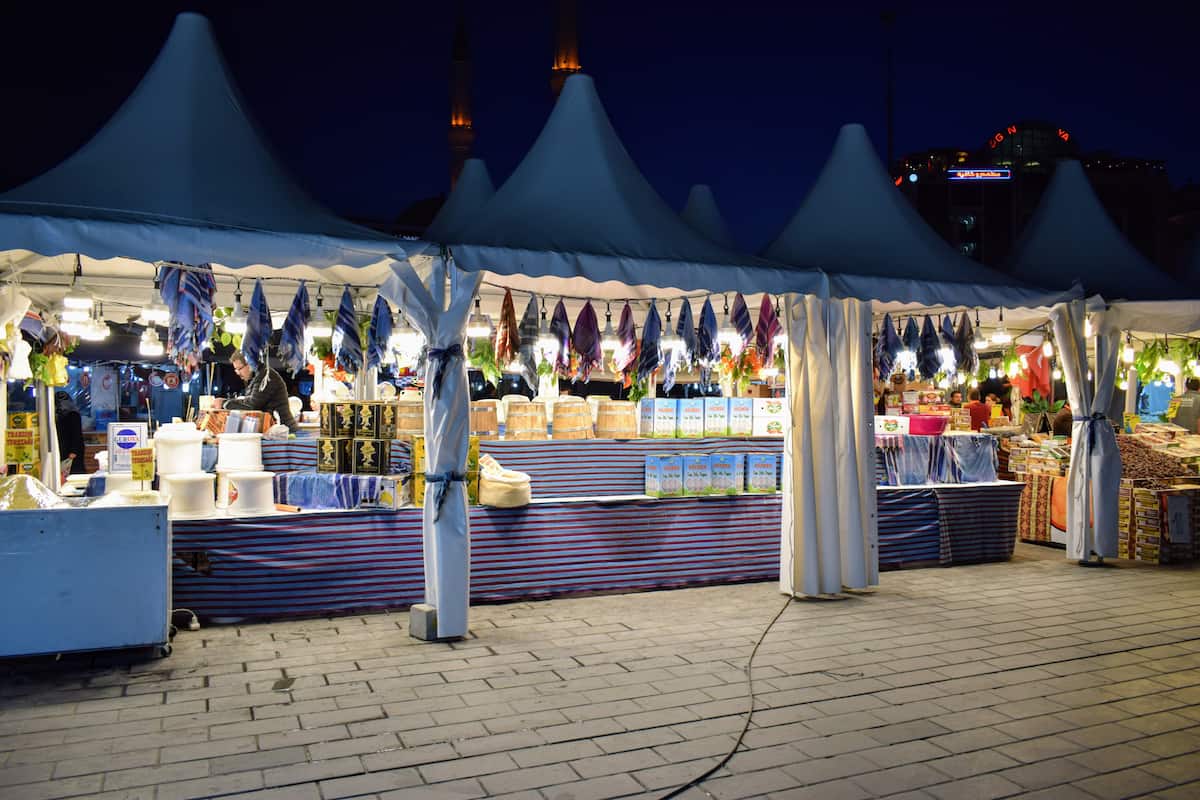 The Meydan is very popular among the people who go for shopping in its various stores or to eat in its different restaurants.

You will not miss those restaurants that offer many Arabic dishes Which was opened by the Arabs there in response to the growing desires of the Arab community who chose Esenyurt as their residence.

Esenyurt Meydan has in the Central Esenyurt Mosque, which was built in the style of old Ottoman mosques.

Esenyurt has over 60 children's parks and ten huge parks for the comfort of its residents.

Among the most famous parks of Esenyurt there are Martyrs Park and the Park of the President Recep Tayyip Erdogan.

Erdogan Park in Esenyurt is known for its water bodies, artificial waterfalls, and beautiful green spaces. The park, with its many facilities, provides an active and enjoyable place for walking and various sports.

Erdogan Park was established and opened by Esenyurt Municipality for visitors in 2016, on a land of  76,877 square meters, today, it is considered one of the most beautiful parks in the area.

Its two highways, the E-5 and E-80, form the lifeblood of Istanbul, they pass through the northern and southern sides of Esenyurt and they are two of the most important roads leading to it.

The Metrobus passes through the E-5 highway, which provides the Esenyurt area with one of the most important and fastest means of transportation in the city, it also connects it to other areas as well as the Asian side of Istanbul quickly and smoothly.

The area is also close to the D100 and the TEM highways and the roads linked to them, which facilitate access to it from all parts of the city.

Work is underway to build a Metro through Esenyurt that will connect it to the city center in record time, this line is expected to serve more than 70,000 people daily. 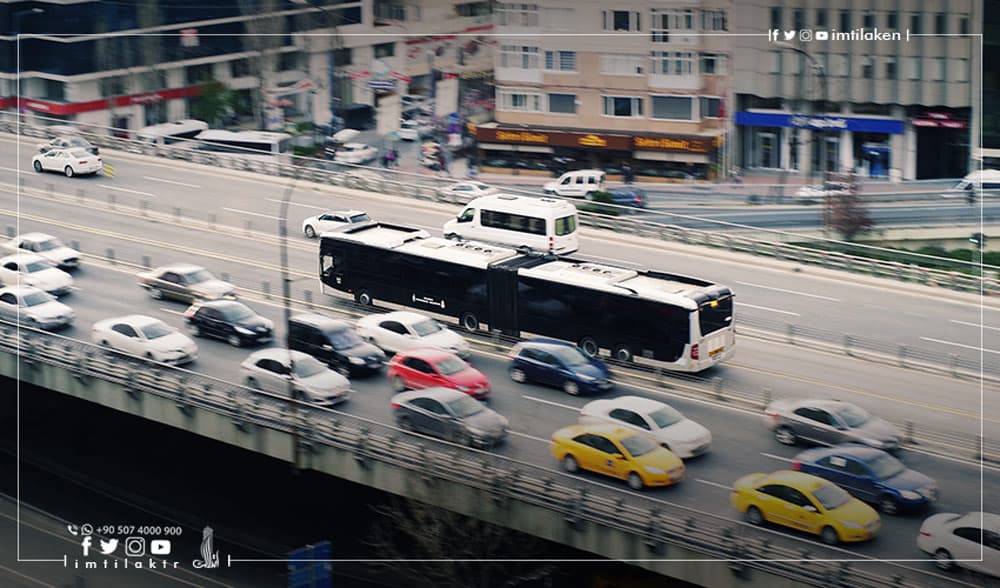 Advantages of investing in Esenyurt

With an increased number of modern residential complexes, Esenyurt has become attracting many people who want to own real estate whether for residence or investment.

Esenyurt attracted investors with its modern complexes, reasonable prices of its real estate and apartments, and population density, and due to its proximity to the most important modern areas in the European side of Istanbul such as the modern and strategic Basaksehir and Beylikduzu area.

Advantages of buying an apartment in Esenyurt

Some of the most important advantages of purchasing an apartment in Esenyurt:

Imtilak Real Estate offers for those wishing to own an apartment for sale in Istanbul, or real estate for investment in the beautiful real estate of Turkey; the best opportunities within the most important residential complexes in Istanbul and other important Turkish cities.

Through its professional staff and long experience in real estate, Imtilak Real Estate provides its customers with an opportunity to get to know real estate through its real estate tours and free consultations, along with a bundle of distinguished services that start from the moment you arrive at the airport until after you own your property.