Sakarya is known for its tourist diversity and its pleasant climate in the summer. Here we will learn about its historical and tourist attractions in addition to the most important information about this Turkish province.

Next to Istanbul city, the reservoir of Ottoman civilization and the repository of its rich history, in an oasis of charming beauty and amazing nature, the famous Turkish province of Sakarya lies.

The name of the city, "Sakarya," has become very popular among the tourism and travel lovers, because of its special and distinguish beauty which sets it apart from the rest of the Turkish provinces, in addition to the wonderful tourism advantages it has, and the fact that it is close to the trade and tourism Turkish capital: Istanbul.

In this article, we will learn about the Turkish province, Sakarya, and we will take a tour of its most beautiful tourist attractions that have contributed to its international fame, and talk about its general climate, real estate, and other important things.

Where is Sakarya located in Turkey?

Sakarya is located in the northwest of the Turkish capital, Ankara, it is bordered on the west by Kocaeli province which is next to the greater state of Istanbul, east by Duzce and Bolu provinces, south by Bilecik and Bursa provinces, and north it is overlooking the beautiful Black Sea shores.

How far is Sakarya city from Istanbul and Ankara, what is its area, and what is its population?

The total area of Sakarya province in Turkey is 4,878 km², which means that it is slightly smaller than the Istanbul province.

The population of Sakarya province is about 1,029,650 people and the average population density is 211 people per square kilometer, according to statistics received from the Population and Citizenship Directorate of Sakarya Province at the beginning of 2020.

60% of Sakarya residents live in cities and 40% of them reside in villages and work in agriculture, which provides a good source of income for the population and increases the economic growth of the city.

How to get to Sakarya?

Sakarya can be reached from Istanbul city or some other cities using the train, where Sakarya is connected to the rest of Turkey with a railway that provides a wonderful tourist trip. Sakarya train starts from Istanbul - Pendik area, in the Asian part of the city.

Sakarya city is also connected to Istanbul and the Turkish capital, Ankara, by a highway.

The climate in Sakarya City

The coastal regions of Sakarya overlooking the Black Sea have a pleasant summer climate, as is the case in most of its southern bank cities. 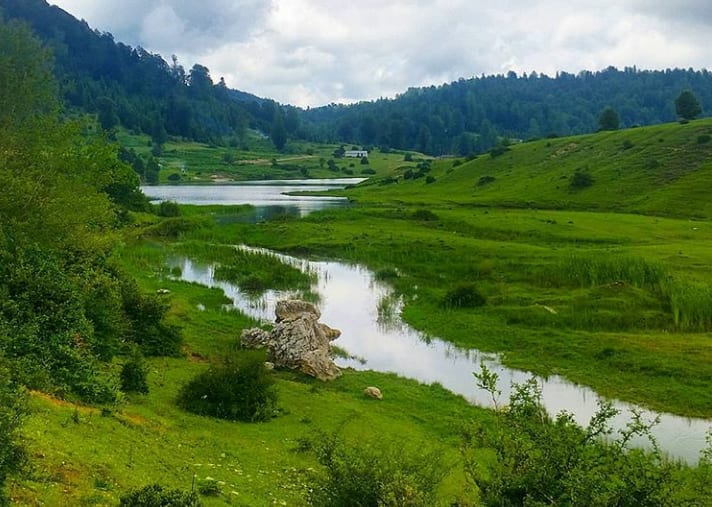 The most important cities and areas of Sakarya

Sakarya province consists of 16 cities, here we rank them according to their importance and population density:

Adapazari city is considered the capital of Sakarya province and dates back to the 12th century BC. The historical monuments show the area's rich and important civilization such as the five historical bridges and other important landmarks, in addition to its modern facilities such as the parks, municipal services, and the malls of Sakarya.

A tour on the most important sights in Sakarya | Map of the Turkish city, Sakarya

The Turkish city of Sakarya has many historical monuments and locations in addition to its natural beauty and its diverse climate. Here, we will discuss tourism in Sakarya city based on two things:

Monuments and historical landmarks of Sakarya city in Turkey

Sakarya city and Adapazari city gained great importance in the Ottoman Empire era due to its important location on the historical Silk Road, not to mention its Byzantine monuments which are still standing up till now like the Byzantine and Roman temples, in addition to the Ottoman monuments dating back to the architecture Mimar Sinan era, and of these monuments we mention:

It is a bridge made of large cut stones built over the Sakarya River in the part connecting Alifuatpaşa area and Geyve area.

The bridge was constructed based on the familiar arch style just like the other bridges that date back to the beginning of the Ottoman Empire, where its construction time dates back to the reign of Sultan Bayezid the First in the 901 AH, which is 1495 AD. 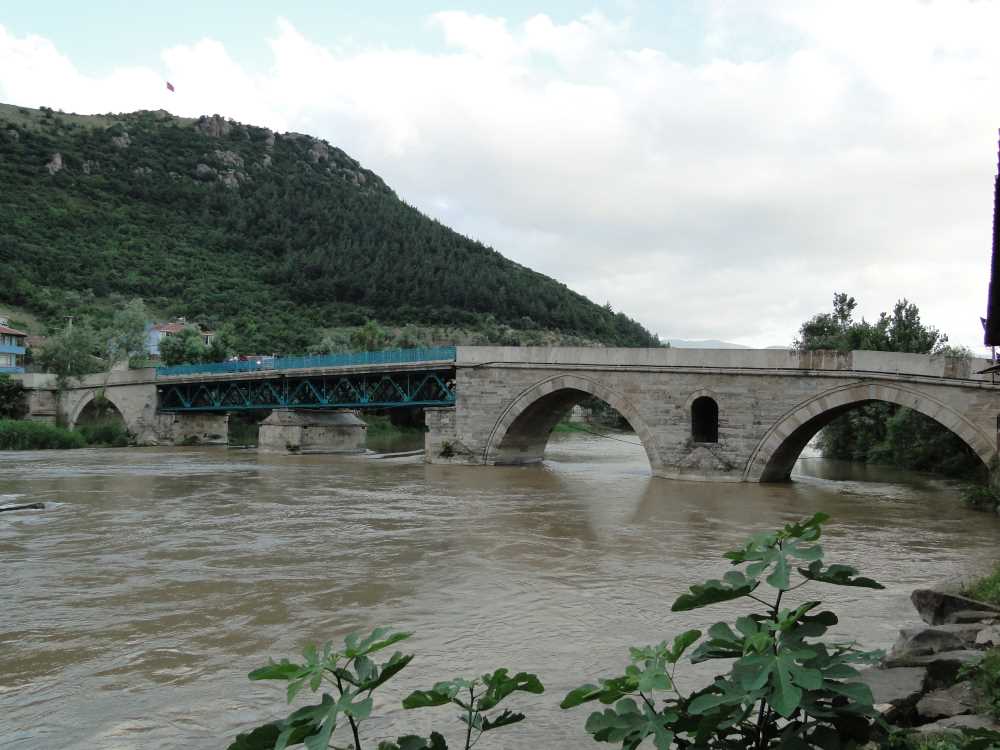 This bridge dates back to the Byzantine Emperor era Justinianos (558-560 AD), and now the bridge is about 15 centuries old, it is considered one of the oldest and longest historical bridges in the history of the area. It was built from cut stone and constructed based on the arch bridge system. This bridge is still functioning until this day.

The length of the bridge is more than 365 meters and it consists of 12 arches with 7 stone belts. It was built using huge stone bases that can bear the flow of water as well as the loads passing over it.

Sakarya River runs under the bridge, where the river runs from Afyon Mountains and flows into the Black Sea. 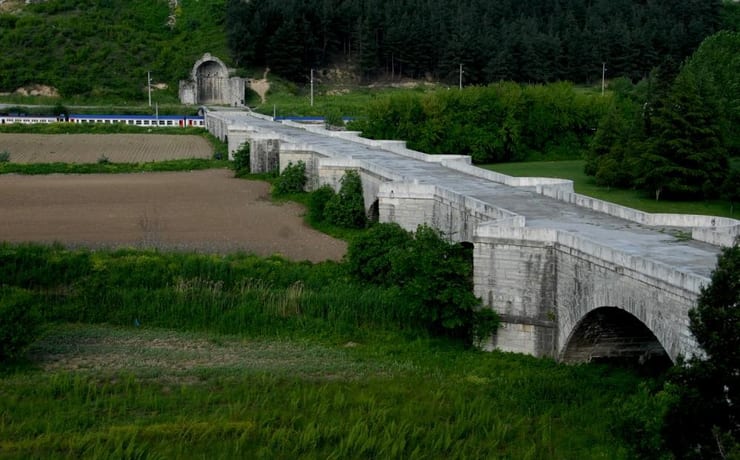 It is a Byzantine castle dating back to the 12th century AD, it was built by the Byzantines over Sakarya River in order to repel the conquests of the Turks.

The ruins of the castle still stand tall with its five doors, towers, and walls which are about two meters in thickness and between 8 to 10 meters high.

Sakarya City Museum was built in 1993 to be a witness on the city's history with what it has of its important monuments dating back to the Byzantine and Roman times. and a cultural record of the social and life of the human races that lived in this region throughout history.

The natural landmarks of Sakarya

Sakarya has a charming natural environment that it gained due to its pleasant climate and fertile land, and to be honest, this article does not have the capacity to list all its wonderful areas, but we come across some of them here:

Acarlar Lake: It is one of the most beautiful natural reserves in Turkey that covers 15,62 km² of land creating an amazing natural landscape, and an environment suitable for many plants and living creatures.

The lake dries up in the summer creating an opportunity to turn its land into fertile land for cultivation, then the lake is formed again in the winter.

Many wonderful animals and birds live in this wonderful reserve such as Francolinus and wild ducks, in addition to freshwater fish.

Acarlar Lake has more than 2,300 species of wonderful plants such as water violet and water lily with its different colors.

Also, there are tours in the lake using boats and water bicycles. 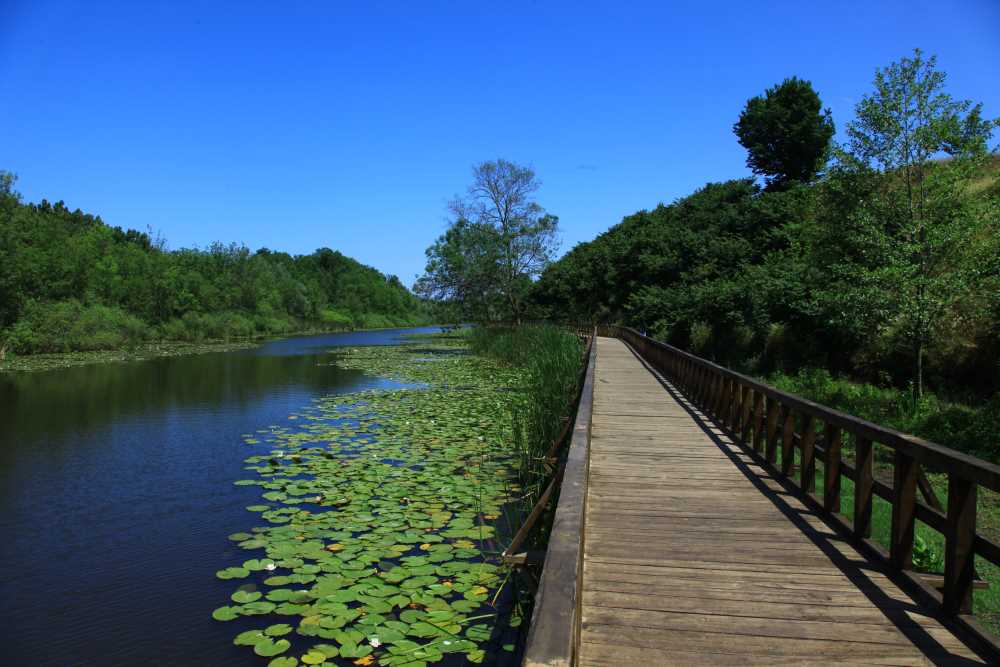 The plateau is about an hour and a half by car from Hendek and it has the highest hill in Sakarya with 1722 meters above sea level, in which the summer season festivals are held every year.

The plateau is distinguished by its magnificent views and amazing rural landscapes. 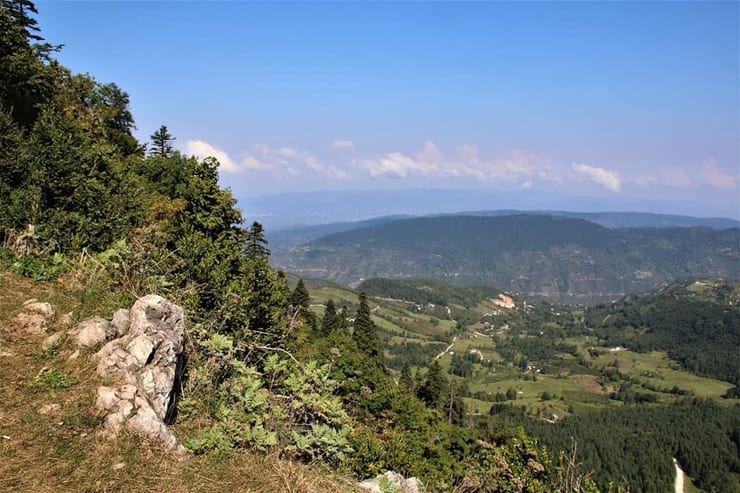 One of the hills that became famous in Turkey among skydiving fans, where this plateau is known as one of the best skydiving areas in Turkey because of its stable winds blowing from the side of the Black Sea, creating a perfect situation for several hours of skydiving.

The Serdivan Plateau overlooks beautiful green surroundings and many pleasant rural villages, which has given it extra popularity.

It lies on 28 kilometers wide beach on the Black Sea with a dazzling sea view, Karasu area has a wonderful marine environment and it is known for its magnificent natural and tourist attractions including the Acalar swamp, the dense forests, and the stream and valley of mineral water, which is considered one of the coldest areas in the summer and the tourists visit it to have a good time in the fresh-air valley, in addition to Kucuk Bogaz Lake which is famous for its quiet atmosphere and the fishing and tour boats, as well as the estuary of Sakarya River and its various restaurants at its meeting point with the Black Sea.

Sapanca is considered one of the most famous areas of the Turkish Sakarya to which the visitors come from everywhere, and it is considered among the most important tourist areas near Istanbul.

The lake extends over an area of 45 kilometers surrounded by a green belt of hills and orchards, and many rivers flow in towards the lake.

In recent years, Sapanca has turned into a tourist center that attracts Arabs in particular and its real estate has been attracting many of them as well, because of its beauty and the services it provides. 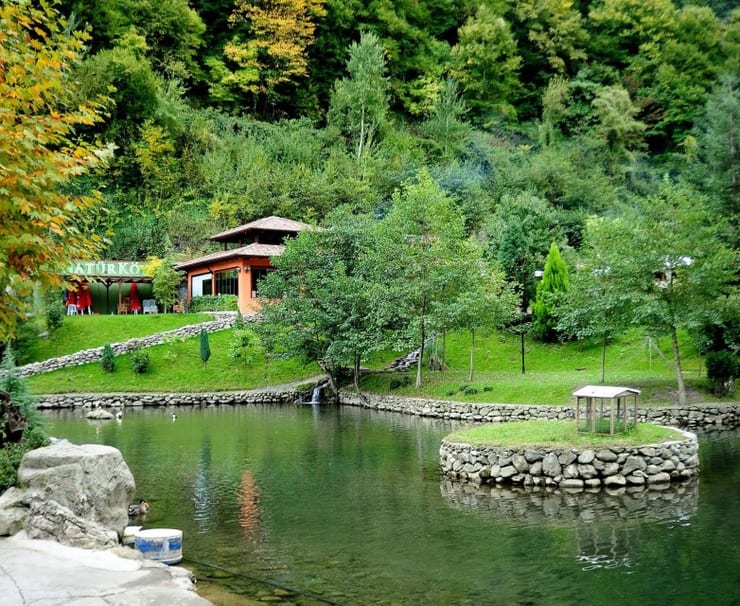 One of the most beautiful lakes in Sakarya city, Turkey, this lake enjoys a beautiful natural landscape because of its wonderful nature reserve, which becomes crowded with many types of migratory birds in the spring.

The surroundings of the lake are prepared to be a park for visitors, providing a wonderful opportunity to enjoy the charming nature of the lake.

This beautiful green hillside area is located in the southeast of Adapazari city.

When you visit Karapürçek Heights you will find in the magnificence of the place and the splendor of its views a relaxing feeling to the heart and mind. Its nature is captivating and the views of its wide groves are magical.

One of the most beautiful rural towns within the Sakarya province, it can truly be described as "the wonderful haven for those looking for peace and tranquility" it lies within a super rural environment.

Taraklı is characterized by its mesmerizing nature, as the orchards surround its houses which have a historical architectural style sometimes, and a simple rural style at other times.

In the vicinity of Tarakli lies one of the most famous mud spa resorts, to which people go for recreation and to treat some diseases.

What do you know about Sakarya University in Adapazari?

Although Sakarya University is relatively new, it is the first public university to win the government's "Educational Quality Document" in the administrative departments, it has also received «Quality Document in the High Technical Modernity Level in Engineering».

The university receives in its various majors of study large numbers of Turkish and foreign students, including Arabs.

Sakarya has become on the list of the Turkish cities that are active in attracting foreign investors, the Arabs in particular, as it has attracted in recent years an increasing number of real estate investors, or of those wishing to reside or to own apartments for sale in Sakarya for the purpose of recreation, spending the summer vacation, or even for the permanent residence there, not to mention those who are looking for agricultural land for sale to invest it

Sakarya real estate enjoys acceptable prices, where it is possible to own an elegant house in Sakarya near Istanbul with good spaces and relatively acceptable prices, this thing has prompted many people to search for a suitable property in it.

Because of that Imtilak Real Estate headed to secure the most important real estate ownership opportunities in Sakarya city in Turkey through its office that it opened there, providing the most important services it provides in Istanbul or in other cities and Turkish provinces.