Located on the European side of Istanbul, Bakirkoy is a long stretch of coastline on the Sea of Marmara, which undoubtedly contributes to the moderation of its climate and natural beauty...

When natural elements are available like a strategic location, direct sea views, and mild weather, the human hand continues to add to its expert touches. The result is a vital infrastructure with a cohesive infrastructure capable of hosting a variety of activities. This is exactly what has been accomplished in the area of Bakirkoy Istanbul in recent years.
This is evidenced by the area's embrace of unique projects the size of Ataturk International Airport, located in the Yeşilköy district of Turkey's Bakirkoy district. 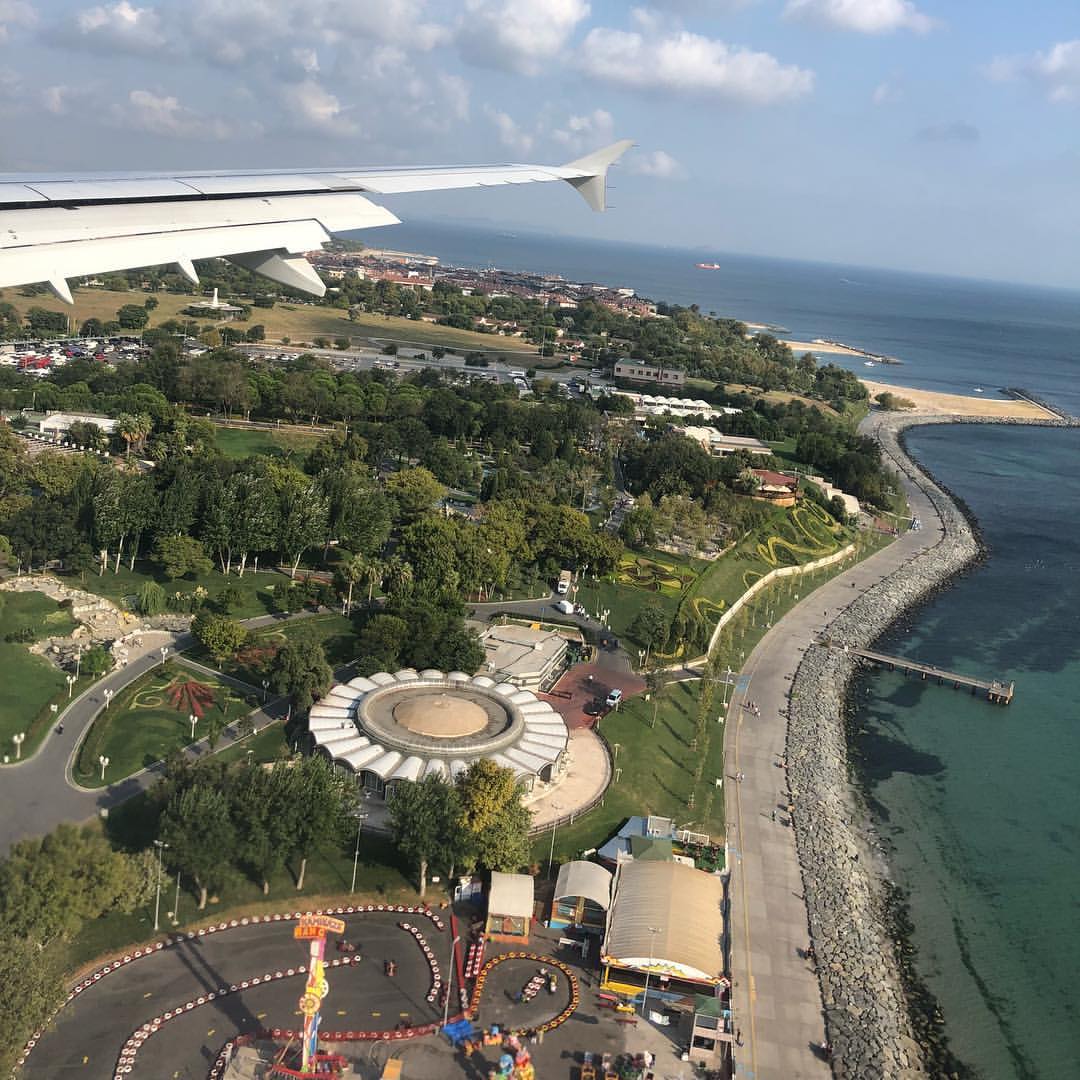 The municipality of Bakirkoy Istanbul includes several districts in terms of geography, economic efficiency and attracting tourism. The following is a full list of them :

Florya Istanbul- The Most Luxurious Area in Bakirkoy

The Florya area has a magnificent view of the Sea of Marmara, with the Florya Park which is related to the residential district of Florya. The park along the Sea of Marmara has a spectacular view, especially at sunset.
Near to the park, there is a large palace overlooking the sea, a museum frequented by tourists, entering the park of Florya is free, and prices of restaurants belonging to the municipality of Bakirkoy are considered low. 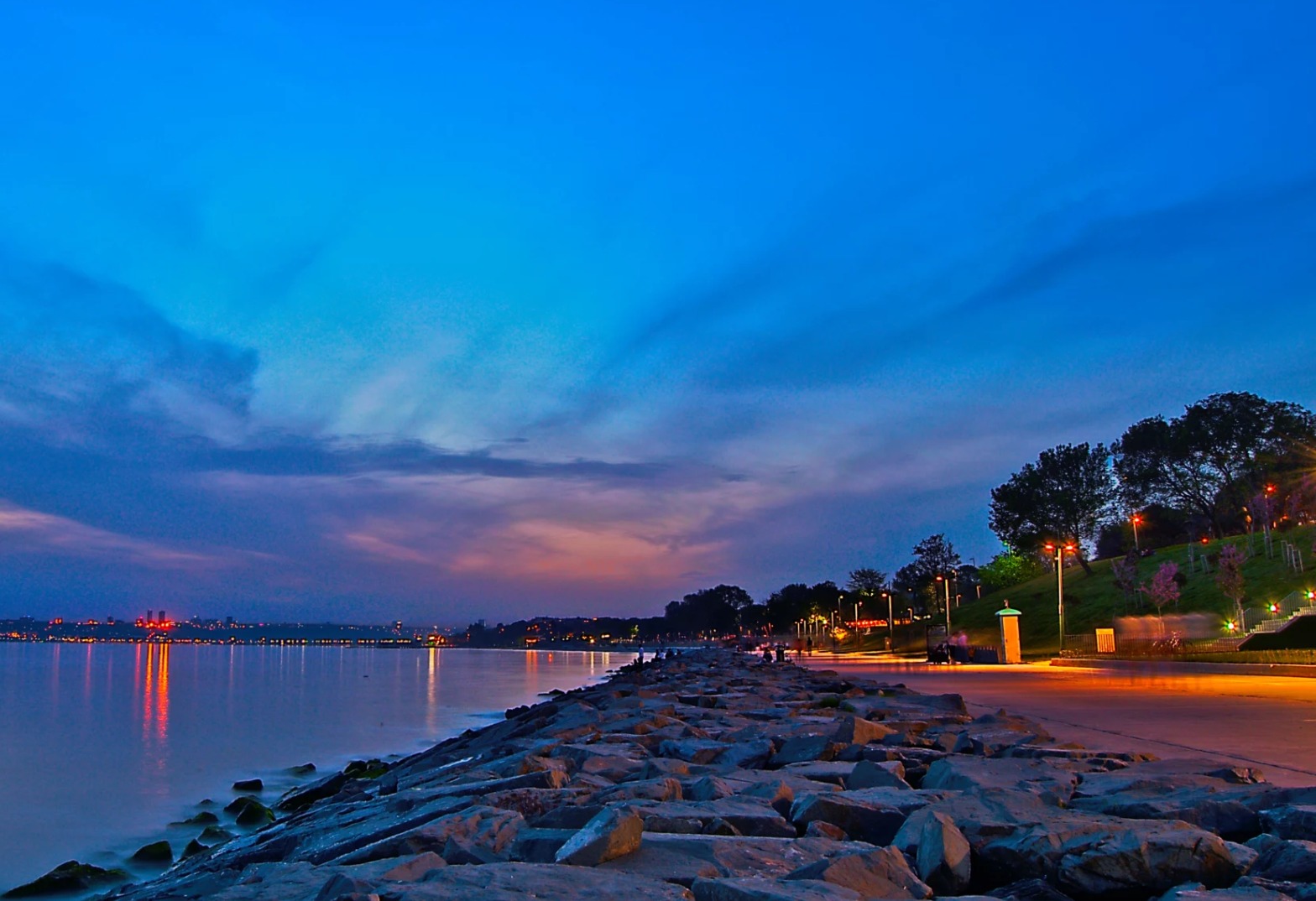 The park is decorated with the most beautiful Tulip flowers in different colors and includes several fun activities, especially for children such as children's games, track race cars, track running sports, and plant nursery...

Istanbul Aquarium is located in the Florya district of Istanbul's Bakirkoy near the seashore and close to Ataturk International Airport.
The Aquarium of Istanbul is the largest aquatic zoo in the Middle East and has been ranked as one of Europe's largest aquarium in size, area, and the number of marine habitats it includes.
Where it accommodates about seven thousand cubic liters of water on an area of 22 thousand m2, within large special aquarium for big fishes such as sharks, and some other small ponds containing other types of fish and rare micro-organisms... 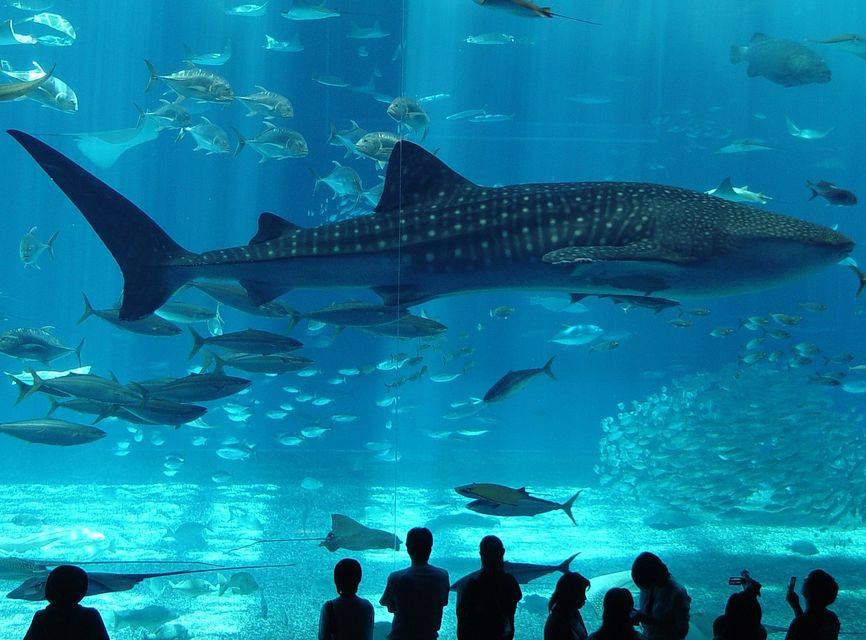 It contains nearly 15,000 marine creatures and 1,500 species of fish, such as reptiles and amphibians such as crocodiles, frogs, and snakes.
These species were classified according to their natural regions, such as the Red Sea, the Antarctic, the Amazon and the Gulf of Panama and the Pacific.
Marine habitats in the Istanbul Aquarium are also classified according to their existence in the seas around Turkey, namely the Black Sea, the Mediterranean Sea and the Sea of Marmara.
Istanbul Aquarium also includes several recreational areas of restaurants, cafes, souvenir shops and games.

The botanical garden in Bakirkoy Turkey includes many fun activities for all and for children in particular. There are several sculptures of dinosaurs, water and sandy playgrounds for children.
As well as exquisite water formations flow on a gradient slope and pour to meet in a pool of winged golden horses in the very magnificence and splendor! 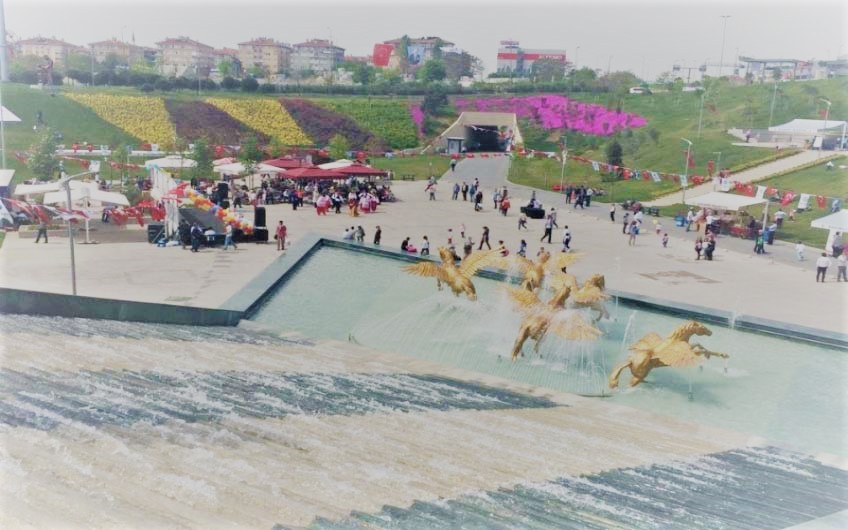 The garden also has a water-filled pond surrounded by trees and many turtles and birds swim in it. You can drive the boat on a nice tour of the beautiful lake.
You can also enjoy delicious dishes at the botanical garden restaurant on tables spread out on the edge of the lake with a magnificent wonderful view.
One of the most beautiful things that draw the attention of children in the garden is the small huts that mimic the houses of the Smurfs and the figures similar to their favorite cartoon characters, where you see children running to take memorial photos next to them at times, and jump around them at other times. 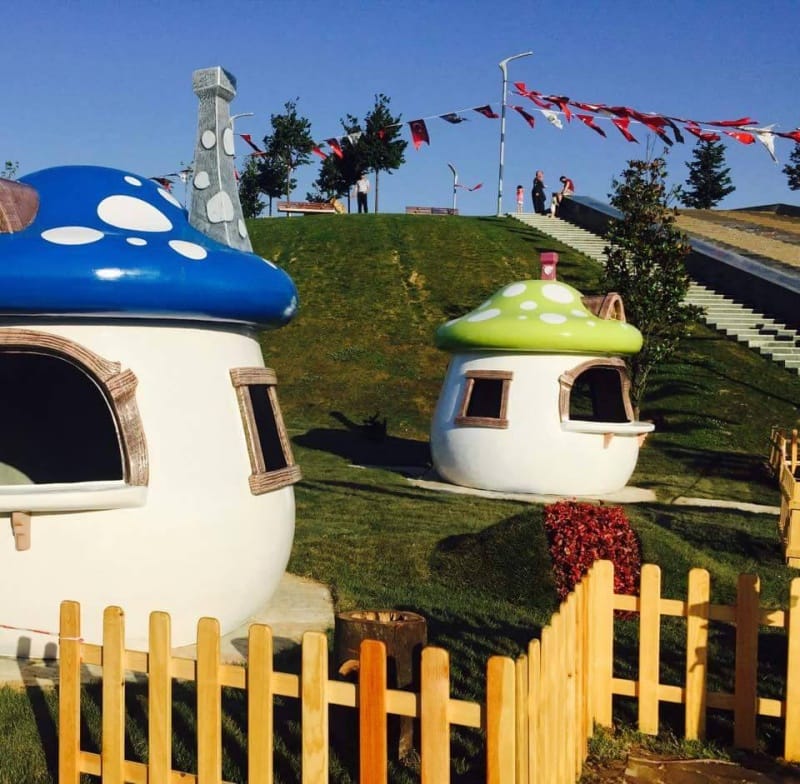 A landmark in the history of Turkish architecture during the 1980s, it is one of the earliest modern buildings of Turkey and considered the first modern shopping complex in Istanbul. And for those looking for malls in Istanbul, Galleria Atakoy Mall is one of the most important malls in Istanbul. Opened in October 1987, this commercial complex was established at the recommendation of then-Prime Minister Turgut Uzal, who copied the idea from the Houston Galleria complex in Texas.
Located in the Atakoy district of the municipality of Bakirkoy, it has more than 130 diverse stores of international and local brands, as well as restaurants, cafés, cinemas, children's games, and entertainment centers, it also features bowling and skiing. 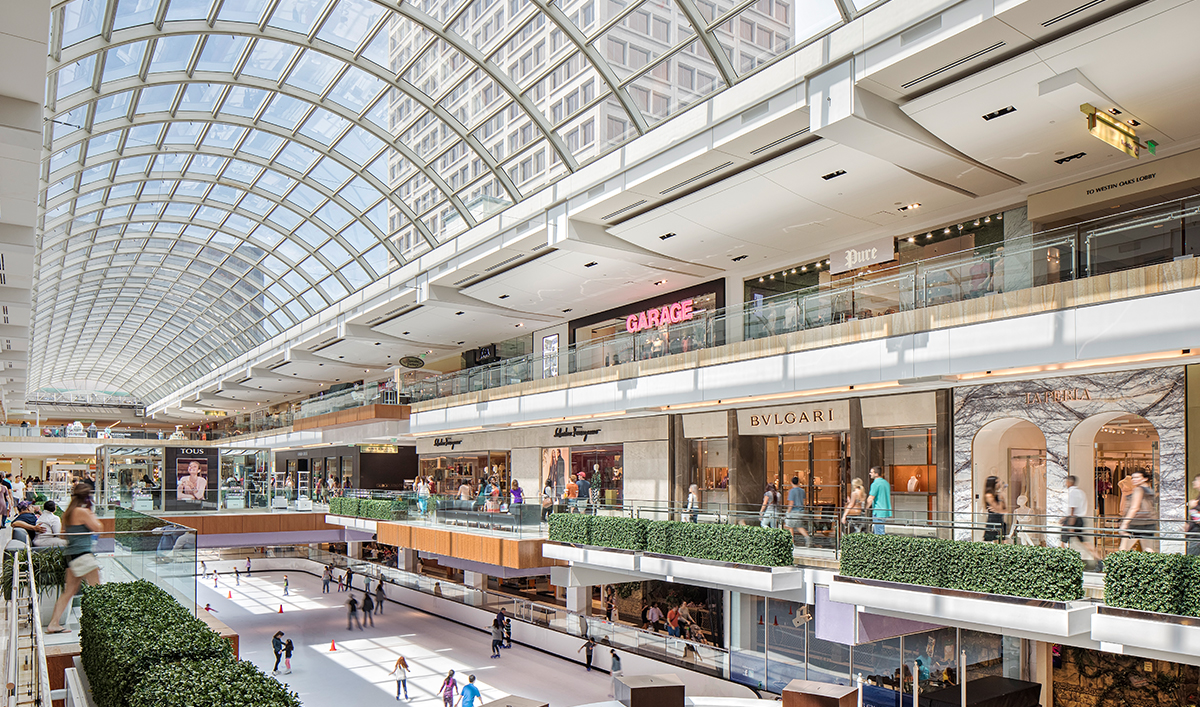 The district of Bakirkoy Istanbul is home to a number of the most important residential complexes, and their natural and architectural characteristics have become a magnet attracts the seekers of apartments for sale in the area of Bakirkoy Istanbul, including:

The complex provides residents with a unique sea view, surrounded by many shopping malls, schools, hospitals and vital facilities within Istanbul's Bakirkoy district.
Istanbul Pruva Complex has the following features: 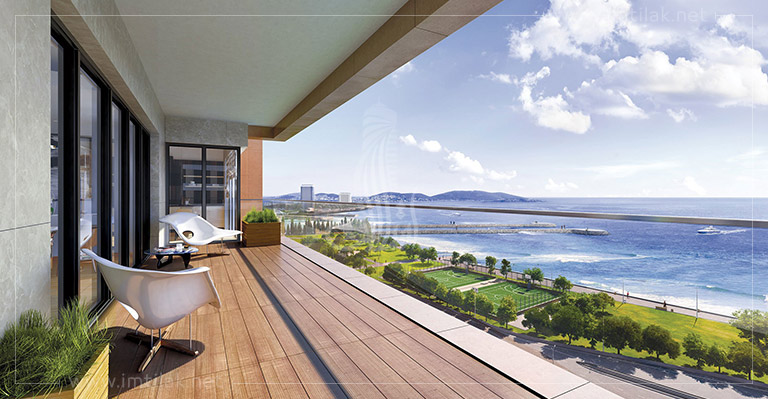 The following are detailed data on the prices and areas of apartments within the complex: