The work is continuing to complete advanced stages of Istanbul metro lines in preparation for its activation and launch during the coming year 2020. Istanbul has witnessed the inauguration of the Gebze-Halkali railway line, which includes 43 stations connecting the two sides of Istanbul and facilitating traffic between them.

This huge project, which will be launched in the coming year, will have a significant impact on facilitating life in many ways. It will also play an important role in the rise in real estate prices in Istanbul and in specific areas, which is a very good investment opportunity.

While Istanbul has plenty of transportation, we also see that the Istanbul metro lines are the most important among them, for the following reasons:

In addition to the Istanbul 2019 metro lines, work is underway to open the Istanbul 2020 metro stations, and the next passenger to Istanbul will be able to move through the Istanbul Metro from the airport to the place he wants along with this beautiful city.

The construction works of three new lines planned by the Greater Istanbul Municipality to be opened in 2020, what are the new Istanbul Metro lines? Where do they pass? 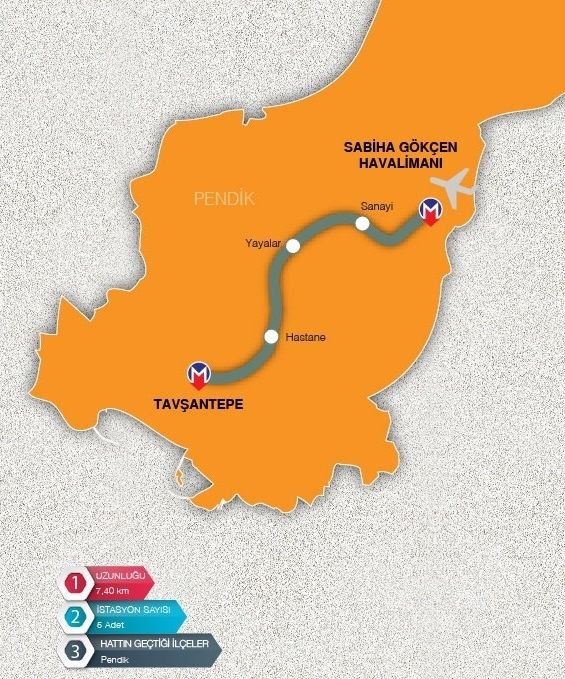 The new line will be integrated with other metro lines as follows:

With the Sabiha-Tuzla airport line at Sabiha Airport Metro Station.

With Kaynarca Merkez - Pendik Sahil in the hospital station.

The following is the duration of the journey from Sabiha airport to the important Istanbul points:

Schedual of Metro Line Transportation Between Sabiha Airport, Taskim, and Other Areas

Note: Those who want to move from Sabiha airport to Istanbul New Airport can take a bus directly from Yenikapi or Taksim into the airport after exiting the metro station.

The Dudullu-Bostancı line will extend 14, 30 km long, will take 15 minutes, and will link the Kadikoy-Atasehir-Umraniye areas.

This line will pass through 13 stations shown on the map 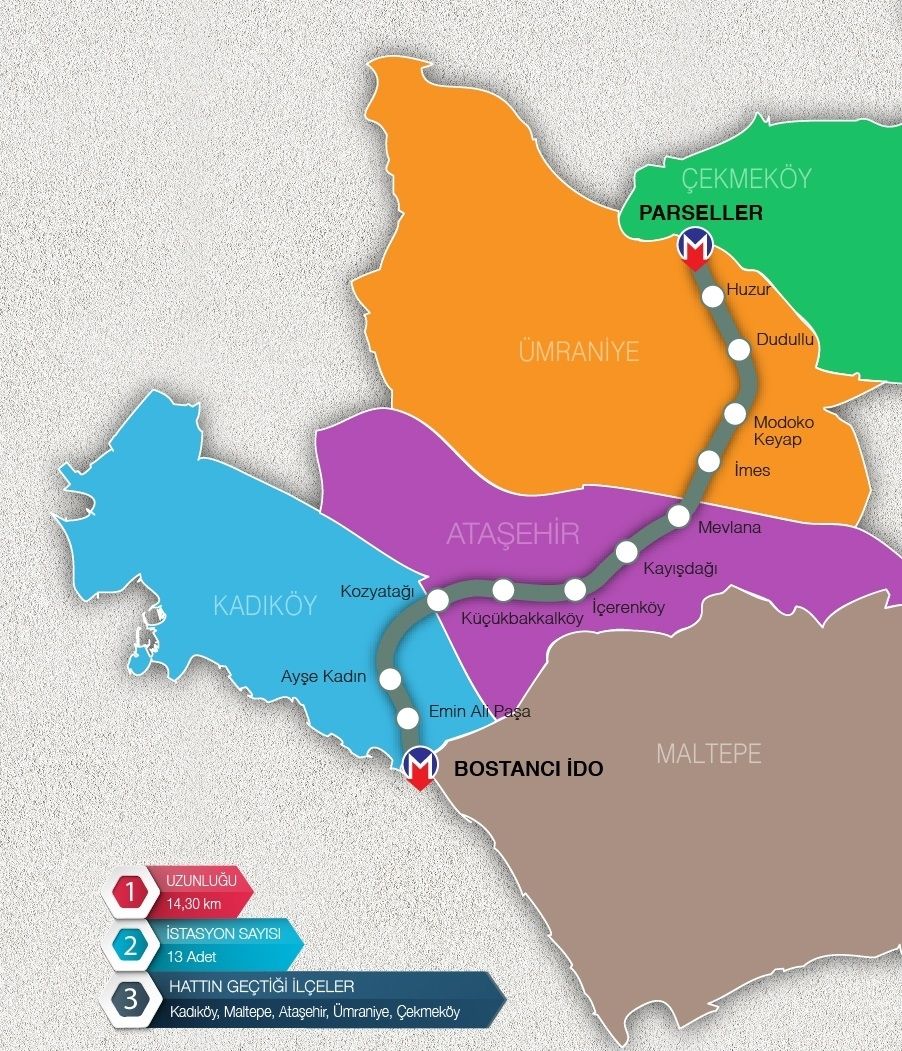 This line will be integrated with other metro lines as follows:

At the Bostancı station with the IDO and Marmaray

With this line, the duration of the journey to the main areas of Istanbul will be as follows:

It will extend only 800 meters long and the journey will be 2.5 minutes and consists of two stations as in the following picture.

With this line, the duration to go to some of Istanbul's main points will be as follows:

Transportation Table Between Asiyan to Other Districts in Istanbul