Get to know Izmir in Turkey in detail, where it is located, the weather and touristic places, its population and the nature of the city in summer and winter.

The state of Izmir is located in western Turkey in its Asian section, on the coast of the Aegean Sea, which is associated with the Mediterranean Sea. Izmir is Turkey's main export port.

How far is Istanbul from Izmir?

The distance from Istanbul to Turkey's Izmir by road is approximately four hundred and eighty kilometers, according to Google maps. It also can be reached from Istanbul by private car within five hours.

How far is Ankara from Izmir?

According to Google Maps, the distance from Istanbul to Izmir by road is approximately 590 km and can be reached from Ankara by private car within seven hours.

The map of Izmir is more like a steep arc on the eastern coasts of the Aegean Sea, deepening into the Gulf of Izmir. By road, the Kedzie River is one of the largest rivers in Turkey, bordered by Balikesir Province to the north, Kutahya, and Afyon to the west, and Denzli to the southeast to Ayden to the south.

For more informatıon, read our article on Turkey's best cities in all walks of life.

The climate of Izmir is that of the Mediterranean basin. In summer, the temperature in Izmir may reach thirty-eight degrees at its peak, and in summer Izmir is closer to the dry climate.

Get to know the city more by reading our article about living in Izmir Turkey and its best areas.

The city of Izmir, with its beautiful beaches, fine markets, and wonderful neighborhoods has earned the title of Pearl of the Aegean Sea. The importance of Izmir is due to the fact that it has many historical, archaeological, religious and natural monuments.

Learn the advantages and most important investment opportunities in Izmir Turkey and the best sectors.

Tourist and natural places in Izmir

The natural and tourist areas of Izmir Turkey, including the Izmir Elevator, are many of the most prominent tourist places in Izmir. As well as the clock tower, it is one of the most prominent tourist sites in Izmir, where Konak Square is 25 meters high, and at the top of the tower, an archaeological clock has been installed. Besides Kadifekale Castle which is one of the old castles that tops the finest tourist spots in Izmir. Its construction dates back to the Roman era of the 4th century BC, known as the Velvet Castle, and there is the city of Ephesus, built by the Greeks. It dates back to 6,000 years BC, and there is Hisar mosque; one of the oldest in the city, dating back to the 16th century AD. Not to mention the Archaeological Museum of Izmir, which displays many ancient monuments, drawings, sculptures and acquisitions of Greek, Byzantine, Seljuq and Ottoman civilizations. Bozdağ Kayak mountain located in the center of the village of Bozdağ in the east of the city of Izmir is one of the most natural places in Izmir and is suitable for sporting events, particularly climbing and winter skiing. 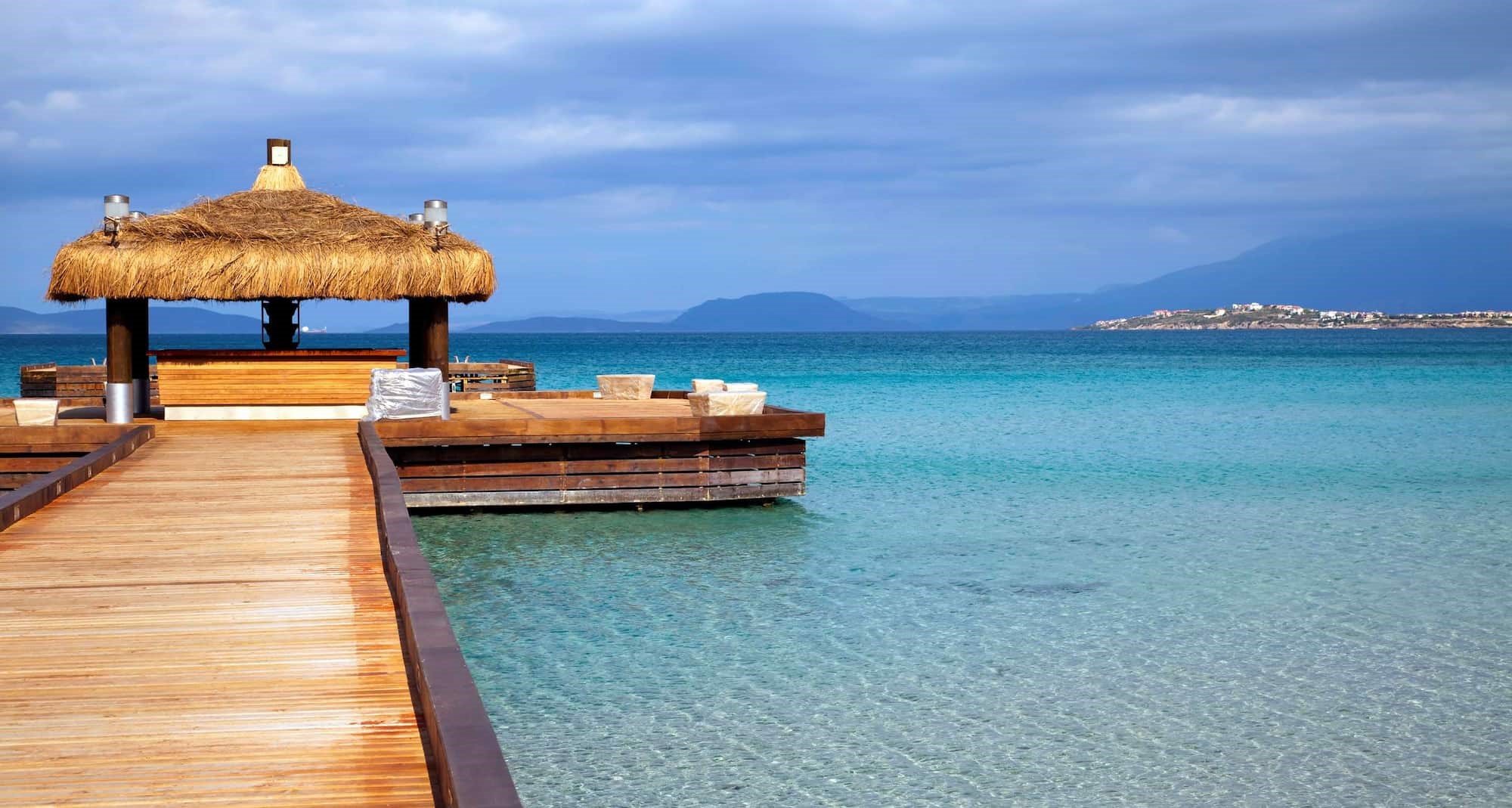 Due to its geographical extension, Izmir possesses over 50 clean beaches in the Aegean Sea; Its beaches are more than 500 kilometers coastal, beaches are charming, and the water is pure in the purity of freshwater.

This market is one of the most popular and continuous old markets with a pulse of life in Izmir Turkey, opened in 1650 and still very popular in Izmir. It’s popular for displaying clothes, textiles, handicrafts and jewelry that reflect the mastery of Turkish handicrafts, and the market has many cafes, cinemas and some modern shops.

Get to know more from our article about the best opportunities to invest in shops in Istanbul and business areas.

FAQs on Izmir in Turkey

The average temperature in Turkey Izmir summer is at an acceptable rate of around twenty - eight degrees Celsius, and the humidity in summer is only normal, making it the focus of the researchers of beautiful weather and summer climates.
The average temperature in Turkey's Izmir winter is at acceptable rates around fourteen degrees Celsius, and snowfalls between December and January, which is low.
The population of Izmir is about 4 million, and the city consists of several neighborhoods with many touristic, cultural and recreational features.
Izmir is renowned for its beautiful nature and well-known tourist features and its suitability for housing and stability. It is also characterized by its delicacy, which is well known for its seafood, which is well received by most of its visitors; such as Boyoz; the most prominent of the main eateries on the breakfast tables in Izmir, which is dough without stuffing, baked in an oven, eaten hot with boiled eggs and tea. It's also famous for sweets, as well as for Bomba dessert; a pie stuffed with chocolate cream. Oyster stuffed with spiced rice and lemon juice. In addition to the Izmir köfte, the meat is mixed with parsley and fried with oil in the form of fingers and then described in a tray with potatoes and vegetables, and finally, there's sora, which is lamb stuffed with dazzling rice.
The time from Istanbul to Izmir by car is about five hours, a distance of approximately 80 kilometers.